Busts 4 Justice. United Breaks Guitars. United Breaks Guitars. Chase Manhattan Bank Sucks. Chase Manhattan Bank Sucks: Why Chase Bank Sucks. UPS = United Package Smashers. RAGE AGAINST THE MACHINE FOR CHRISTMAS NO.1 Sorry people, multip. Coventry/Warwickshire. A BT customer has had a letter of apology and a refund after he resorted to putting a video of his complaints on an internet site. Warwick resident Patrick Askins' troubles began when an extra £90 was added to his phone bill. After six months of calling the company the problem was not resolved so he decided to give up and pay, but put a video recording his despair on YouTube. Shortly afterwards the company apologised and refunded his bill.

He said: "After six months my son said, 'Dad, you have done everything you can'. "So I phoned them up and told them I was giving in and paying the money. " But, he told them of a message he was leaving on the YouTube site. The message said: "I have been a loyal BT customer for over 30 years and I don't find my experience a good example of BT demonstrating they are straightforward, trustworthy and helpful. " That was two weeks ago. Apple Time Capsule Memorial Register. Now it's Facebook vs HSBC. 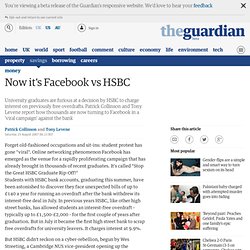 Online networking phenomenon Facebook has emerged as the venue for a rapidly proliferating campaign that has already brought in thousands of recent graduates. It's called "Stop the Great HSBC Graduate Rip-Off! " Students with HSBC bank accounts, graduating this summer, have been astonished to discover they face unexpected bills of up to £140 a year for running an overdraft after the bank withdrew its interest-free deal in July.

In previous years HSBC, like other high street banks, has allowed students an interest-free overdraft - typically up to £1,500-£2,000 - for the first couple of years after graduation. But in July it became the first high street bank to scrap free overdrafts for university leavers. But HSBC didn't reckon on a cyber-rebellion, begun by Wes Streeting, a Cambridge NUS vice-president opening up the Facebook group. The group's "wall" contains hundreds of angry postings. Dell Lies; Dell Sucks. Wiki cooties and the death of editorials : Well now the LA Times has given wikis cooties. 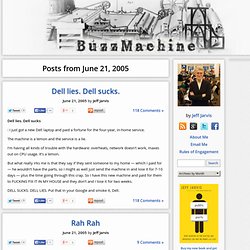 The New York Times and other media outlets have covered the collapse of its wikitorial project and I’ve heard more than one old-media person say, well, I see LA tried wikis and it’s dangerous. But no. This is like hearing Kathie Lee Gifford try to rap and then, upon hearing the results, declaring hip hop dead. The LA Times didn’t understand what it was doing and made three criticial mistakes: 1. 2. 3. No, guys, the best use of a wiki would have been to have the public create wikis to share their knowledge and viewpoints with you. But even that is an exhibition of media ego. If newspapers would just listen — and use this techology to do that — they’d find that the people don’t want to talk about what the editors talk about. Let’s take it up a notch: What this really points toward is the death of the editorial page. PayPal Alternative - Pay Pal Lawsuits, PayPal Complaints & Fraud.

Motrin Moms: Social Media Fail Whale. Sarah Evans is the director of communications at Elgin Community College (ECC) in Elgin, Illinois. She also authors a PR and social media blog. The inaugural celebration of International Baby Wearing Week also serves as a platform for the Motrin brand’s launch of their new ads (below) targeting what else, “baby wearing moms.” Touting the tagline “we feel your pain,” the Motrin IB ad in particular takes a snarky approach towards moms who carry babies in a pouch or sling. And on the surface at least, the company accomplished the ultimate in outreach goals: 1. The Wrong Move Sounds great, right? Avid Twitter user and mom, Jessica Gottlieb is the originator of the conversation via her Twitter network. M&S's storm in a DD cup. Source ITN Updated on 05 May 2009 A woman has bought a share in Marks & Spencer in the latest round of a battle over its surcharge on bigger bras. 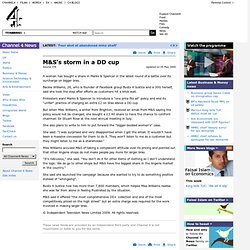 Beckie Williams, 26, who is founder of Facebook group Busts 4 Justice and a 30G herself, said she took the step after efforts as customers hit a brick wall. Protesters want Marks & Spencer to introduce a "one price fits all" policy and end its "unfair" practice of charging an extra £2 on bras above a DD cup. But when Miss Williams, a writer from Brighton, received an email from M&S saying the policy would not be changed, she bought a £3.40 share to have the chance to confront chairman Sir Stuart Rose at the next annual meeting in July. She also plans to write to him to put forward the "bigger-boobed women's" case.

She said: "I was surprised and very disappointed when I got the email.