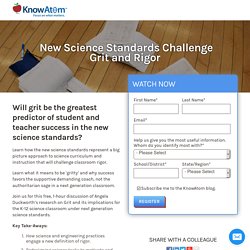 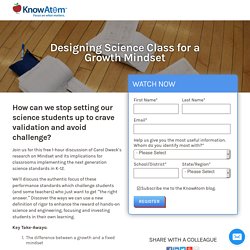 We’ll discuss the authentic focus of these performance standards which challenge students (and some teachers) who just want to get “the right answer.” Discover the ways we can use a new definition of rigor to enhance the reward of hands-on science and engineering, focusing and investing students in their own learning. Key Take-Aways: The difference between a growth and a fixed mindset How to use the power of effort and challenge to engage students in science and engineering practicesHow higher order teaching leads to the development of higher order thinking skills Webinar Details Who should watch: Administrative Leaders, Principal Leaders, and Teacher Leaders Presenter Information: Francis Vigeant, Co-founder - Teacher - CEO of KnowAtom Register now on the right to watch! 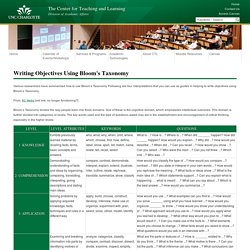 Following are four interpretations that you can use as guides in helping to write objectives using Bloom’s Taxonomy. From: KC Metro [old link, no longer functioning?] Bloom’s Taxonomy divides the way people learn into three domains. One of these is the cognitive domain, which emphasizes intellectual outcomes. This domain is further divided into categories or levels. From: UMUC From: Stewards Task Oriented Question Construction Wheel Based on Bloom’s Taxonomy Task Oriented Question Construction Wheel Based on Bloom’s Taxonomy. ©2001 St. From: GA Tech According to Benjamin Bloom, and his colleagues, there are six levels of cognition: Ideally, each of these levels should be covered in each course and, thus, at least one objective should be written for each level.

Below are examples of objectives written for each level of Bloom’s Taxonomy and activities and assessment tools based on those objectives. » Use the Pygmalion Effect to Create a High Performing Team the awesome culture blog. “High expectations are the key to everything.” - Sam Walton The Pygmalion Effect Study In the 1960s, Harvard psychology professor Robert Rosenthal teamed up with South San Francisco elementary school principal Lenore Jacobson to conduct what later became known as the Pygmalion Effect study. 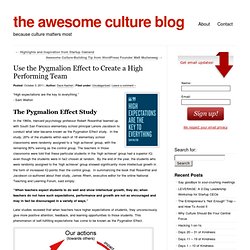 In the study, 20% of the students within each of 18 elementary school classrooms were randomly assigned to a ‘high achiever’ group, with the remaining 80% serving as the control group. The teachers in those classrooms were told that these particular students in the ‘high achiever’ group had a superior IQ; even though the students were in fact chosen at random. “When teachers expect students to do well and show intellectual growth, they do; when teachers do not have such expectations, performance and growth are not so encouraged and may in fact be discouraged in a variety of ways.” 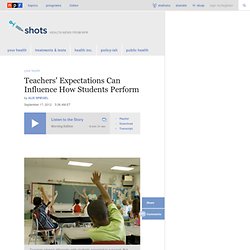 "It was a standardized IQ test, Flanagan's Test of General Ability," he says. After the kids took the test, he then chose from every class several children totally at random.