The Biology Place. Investigating Photosynthesis. Bloody Chlorophyll. Polly Dornette Product Developer Sunlight is white light that is actually a mixture of different wavelengths of light from the visible light spectrum. 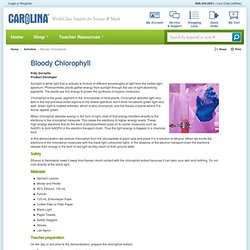 Photosynthetic plants gather energy from sunlight through the use of light-absorbing pigments. The plants use this energy to power the synthesis of organic molecules. What are trees made of? Veritasium answers more questions about trees like: How can trees be so tall? 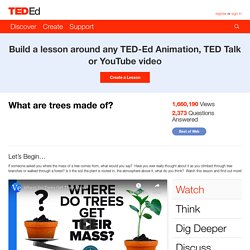 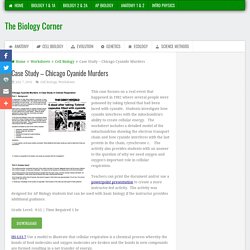 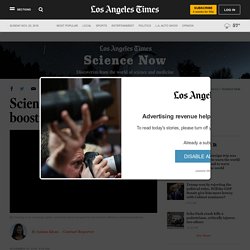 By fixing a glitch in plants’ ability to use sunlight to make sugar, scientists have managed to improve the efficiency of photosynthesis by about 15% — an upgrade that could be used to raise agricultural crop yields. The findings, described in the journal Science, could help researchers find ways to feed Earth’s ever-growing human population. “That’s pretty amazing ... if this could be put into all of our food and feed and fuel crops, then it would solve certainly a decade or more’s worth of our need for these agricultural products,” said Sabeeha Merchant, a biochemist at UCLA who was not involved in the study.

Today’s grains and other crops look very different than the ones ancient humans first began to cultivate. Alien life could feed on cosmic rays. A bizarre microbe found deep in a gold mine in South Africa could provide a model for how life might survive in seemingly uninhabitable environments through the cosmos. 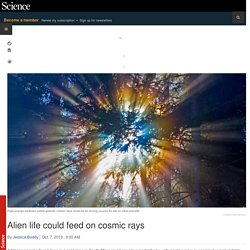 Known as Desulforudis audaxviator, the rod-shaped bacterium thrives 2.8 kilometers underground in a habitat devoid of the things that power the vast majority of life on Earth—light, oxygen, and carbon. Instead, this “gold mine bug” gets energy from radioactive uranium in the depths of the mine. Carbon dioxide levels race past troubling milestone. Every year, the amount of carbon dioxide (CO2) rises during winter and then falls slightly during the Northern Hemisphere’s growing season, as plants take up the greenhouse gas during photosynthesis. 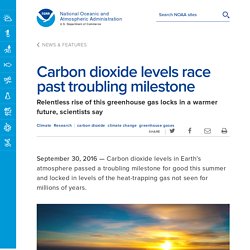 But this year, for the first time since before the Ice Age, CO2 will not fall below 400 ppm. “It’s unlikely we’ll ever see CO2 below 400 ppm during our lifetime and probably much longer,” says Pieter Tans, lead scientist of NOAA's Global Greenhouse Gas Reference Network. Scientific study shows that plants will be harmed by global warming. LOS ANGELES, Calif. — Scientists in California have been growing flowers and grasslands in conditions that mimic a not-so-distant, hotter future. 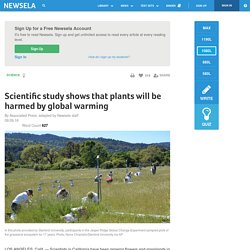 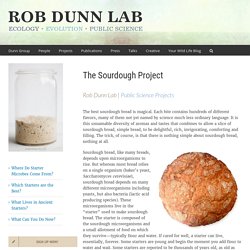 Each bite contains hundreds of different flavors, many of them not yet named by science much less ordinary language. It is this unnamable diversity of aromas and tastes that combines to allow a slice of sourdough bread, simple bread, to be delightful, rich, invigorating, comforting and filling. The trick, of course, is that there is nothing simple about sourdough bread, nothing at all. Sourdough bread, like many breads, depends upon microorganisms to rise. Sourdough bread has been baked for more than five thousand years, but even after all of those years of caring for starters, generation after generation, moving from one kitchen to the next, huge mysteries remain. Elodea photosynthesis simulation lab. Elodea photosynthesis simulation lab Published on October 17, 2013 by Mario Pineda, Ph.D. at In this simulation lab you will be looking at the production of oxygen as a plant photosynthesizes. 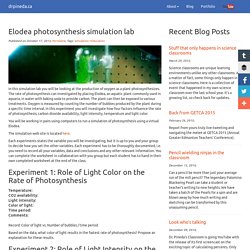 Waterweed Simulator. Shuffle_Teacher_Pages.pdf. SEPUP Photosynthesis Sim. Cellular Metabolism: PHOTOSYNTHESIS. Print out the power point slides one slide per page.( I suggest running through the activity once yourself to be sure you will have enough of each piece for each lab group.) 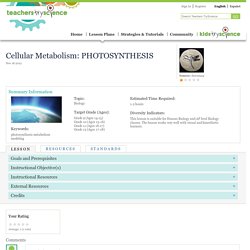 The plant can then be exposed to varying intensities and colors of light. Oxygen is measured in the number of bubbles produced by the plant. Infographic: Photosynthesis for Kids. Using Aquatic Plants to Demonstrate Photosynthesis. Photosynthesis and Floating Leaf Disks. Steve Binkley Technical Support Manager If you have never tried the leaf disk assay, you are missing out on one of the best photosynthesis labs available. Here’s how to do it. The equipment and supplies needed are inexpensive, simple, and readily available.