Google Calendar. The fourth wave of feminism: meet the rebel women. Gender. 11 questions to see if libertarians are hypocrites. This article originally appeared on Alternet. 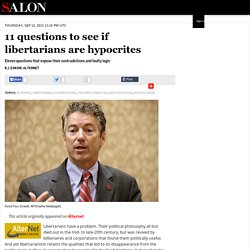 Libertarians have a problem. Their political philosophy all but died out in the mid- to late-20th century, but was revived by billionaires and corporations that found them politically useful. Remembering prime ministers of the 20th Century. Police powers finally kettled by High Court. For years it has been common practice for protesters held in a kettle (police containment) to be forced to submit to police filming and/or provide their details as a condition of leaving. 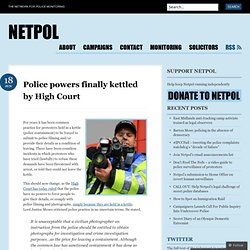 There have been countless incidents in which protesters who have tried (lawfully) to refuse these demands have been threatened with arrest, or told they could not leave the kettle. This should now change, as the High Court has today ruled that the police have no powers to force people to give their details, or comply with police filming and photography, simply because they are held in a kettle. Lord Justice Moses criticised police practice in no uncertain terms. He stated, It is unacceptable that a civilian photographer on instruction from the police should be entitled to obtain photographs for investigation and crime investigation purposes…as the price for leaving a containment.

Nick Clegg, "No easy way to say this", HONEST subtitles enabled... Kent_999s : AYLESHAM nr Dover: An Aylesham... Is society inherently corrupt? - South 2 North. Bribery, fraud and dishonest conduct by people in power - corruption is a cancer in society, no matter where you live. 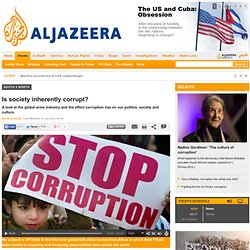 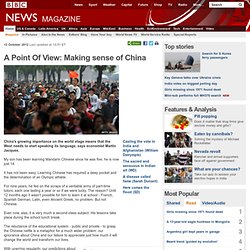 My son has been learning Mandarin Chinese since he was five; he is now just 14. Familiar faces seek out a quiet shelter for their fortunes. The tax benefits of the Channel Islands have attracted many millionaires looking to shelter their fortunes. 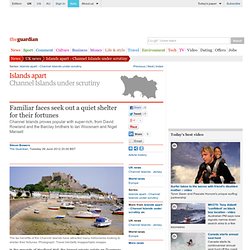 Photograph: Travel Ink/Getty Images/Gallo Images In the grounds of Havilland Hall, the largest private estate on Guernsey, there stands an imposing cigar-wielding bronze figure, the likeness of corporate raider David Rowland who has been one of the islands' longest serving tax exiles. Azhar Ahmed convicted of offensive Facebook message. 14 September 2012Last updated at 11:38 ET Ahmed had posted the message on Facebook just days after the soldiers death A teenager has been found guilty of posting an offensive Facebook message following the deaths of six British soldiers in Afghanistan. 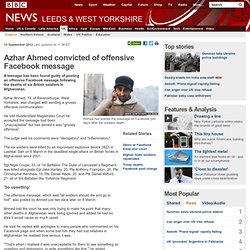 Britain. Economics. Is the British middle class an endangered species? Allison Ogden-Newton's father was a GP. 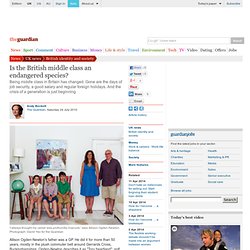 He did it for more than 50 years, mostly in the plush commuter belt around Gerrards Cross, Buckinghamshire. Undercover policeman reveals how he infiltrated UK's violent activists. Could not load plugins: File not found Hear Officer A talk about his secret life among anti-racist activists as they fought brutal battles with the police and the BNP Link to video: Inside the closed ranks of Scotland Yard’s top secret deep infiltration squad An officer from a secretive unit of the Metropolitan police has given a chilling account of how he spent years working undercover among anti-racist groups in Britain, during which he routinely engaged in violence against members of the public and uniformed police officers to maintain his cover. 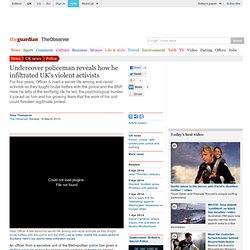 'I'm the victim of smears': Undercover policeman denies bedding a string of. By Caroline Graham Updated: 02:22 GMT, 17 January 2011 Unmasked as spy by beautiful Welsh redhead girlfriendSavagely beaten by five of his own police colleaguesIntelligence he gathered sent directly to PM Tony Blair. 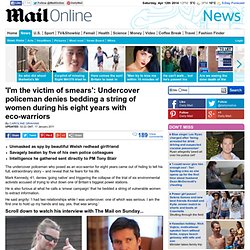 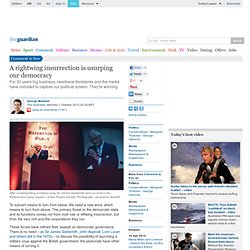 Why are the police intimidating me into not protesting? The aftermath of the student protest against tuition fees, which resulted in damage to Millbank Tower. Photograph: Fernanda Nalin for the Guardian The night before 30 November, I considered joining the rally in central London. Viewpoint: Is the alcohol message all wrong?

How Qatar is taking on the world. On Thursday evening Sheikh Hamad bin Jassim al-Thani, who combines the roles of Qatar's prime minister and foreign minister, stood with the Duke of York and mayor of London, Boris Johnson, to watch the inauguration of the Shard. As blue and green lasers, accompanied by the London Philharmonic Orchestra, lit up a London skyline now dominated by the 310m skyscraper, the performance was streamed live around the world.

If the opening of western Europe's tallest building – presided over by Hamad, whose country's sovereign wealth fund owns 95% of the development – was a demonstration of Qatar's rapidly growing global visibility and influence, a few days before, in an equally vast but older building, that influence was being exercised far more discreetly. The building was the UN's Palais des Nations in Geneva, where last Saturday Hamad met the US secretary of state, Hillary Clinton, and other foreign ministers to press his country's case for firmer international action over Syria. Pussy Riot: trial that's putting Vladimir Putin's crackdown in spotlight. Pussy Riot members Nadezhda Tolokonnikova, left, Maria Alyokhina and Yekaterina Samutsevich await the start of their trial in the defendant's cage known as 'the aquarium'. Photograph: Yuri Kochetkov/EPA Three special forces troops, Kalashnikov rifles draped across their chests, stood guard outside the courtroom.