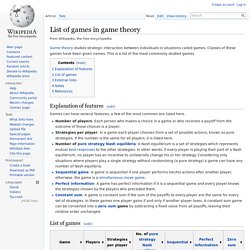 Classes of these games have been given names. This is a list of the most commonly studied games Explanation of features[edit] Games can have several features, a few of the most common are listed here. Contact. Comments on Essays If you have questions about a particular essay, please write comments in the blog. 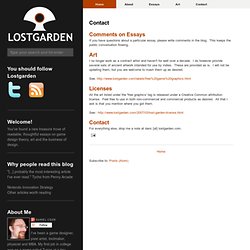 This keeps the public conversation flowing. Art I no longer work as a contract artist and haven't for well over a decade. I do however provide several sets of ancient artwork intended for use by indies. Thomas Steinke's Blog - How to Make it as a Professional Indie Game Developer. My name is Thomas Steinke, if you are not aware of me; I am the owner of DigitalDNA games, arguably the most successful Xbox Indie Developer, and the creator of the all time best selling Xbox Indie Game CastleMiner Z . 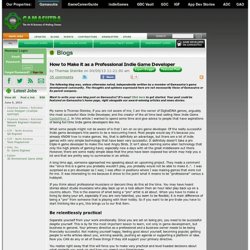 In this article I wanted to spend some time and give advice to people that have aspirations of being full time Indie game developers like me. David Galindo's Blog - How much do indie PC devs make, anyways? (Part IV) The following blog post, unless otherwise noted, was written by a member of Gamasutra’s community. 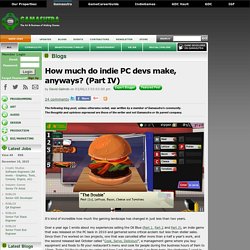 The thoughts and opinions expressed are those of the writer and not Gamasutra or its parent company. It’s kind of incredible how much the gaming landscape has changed in just less than two years. Over a year ago I wrote about my experiences selling the Oil Blue (Part 1, Part 2 and Part 3), an indie game that was released on the PC back in 2010 and garnered some critical acclaim but less than stellar sales. Since then I’ve worked on two projects, one that was cancelled after more than a half a year’s work, and the second released last October called “Cook, Serve, Delicious!”

, a management game where you buy equipment and foods to fill your restaurant’s menu and cook for people during the business hours of 9am to 10pm. Rebecca Fernandez's Blog - Where can I sell my Indie PC game? The following blog post, unless otherwise noted, was written by a member of Gamasutra’s community. 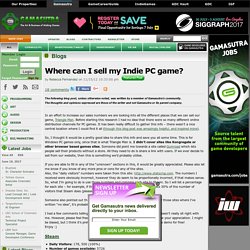 The thoughts and opinions expressed are those of the writer and not Gamasutra or its parent company. In an effort to increase our sales numbers we are looking into all the different places that we can sell our game, Triangle Man. Before starting this research I had no idea that there were so many different online distribution channels for PC games. It has been really difficult to gather this info – there wasn’t a nice central location where I could find it all (though this blog post was amazingly helpful, and inspired mine). So, I thought it would be a pretty good idea to share this info and save you all some time. If you are able to fill in any of the “unknown” sections in this, it would be greatly appreciated. Someone also pointed out that most sites either pay quarterly or monthly – for those sites where I’ve written “no idea”, it’s probably a safe bet that they pay quarterly or monthly.

Mike Rose's Blog - The Idiot's Guide to Marketing Your Indie Game. There are already a bunch of articles on how to get your indie game out there. 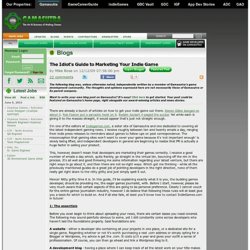 Kieron Gillen banged on about it . Rob Fearon put a sarcastic twist on it . Rodain Joubert 4-paged the sucker . Yet while each is giving it to the masses straight, it would appear that's just not straight enough. I'm one of the editors at Indiegames.com , a sister site of Gamasutra and one dedicated to covering all the latest independent gaming news. Indie Distribution Platforms that are not Steam < Rat King Entertainment. (The original posting is in German, on Indie-Inside .)

Foreword - Sale Week Last week (March 10th to 18th) the annual 7-Day-Roguelike Challenge took place – the event for which Pitman was developed last year. The Big List Of Online Game Stores. How to sell your game. 5 способов сделать фримиум игру неудачной. Level 16: Game Balance « Game Design Concepts. When veteran gamers or game designers are playing a game, if they are doing too well or too poorly, they will often comment on the game’s balance. 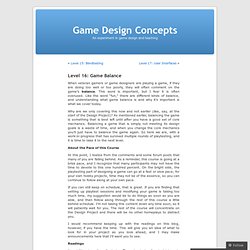 This word is important, but I fear it is often overused. Like the word “fun,” there are different kinds of balance, and understanding what game balance is and why it’s important is what we cover today. Why are we only covering this now and not earlier (like, say, at the start of the Design Project)? As mentioned earlier, balancing the game is something that is best left until after you have a good set of core mechanics. Balancing a game that is simply not meeting its design goals is a waste of time, and when you change the core mechanics you’ll just have to balance the game again.

Games Aren't Art, They're Architecture. One year ago, Roger Ebert wrote a Chicago Sun Times article about how video games “are not and never will be art.” 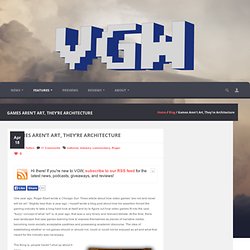 Slightly less than a year ago, I myself wrote a blog post about how his assertion forced the gaming industry to take a long hard look at itself and try to figure out how video games fit into the vast, “fuzzy” concept of what “art” is. A year ago, that was a very timely and relevant debate. At the time, there was landscape that saw games learning how to express themselves as pieces of narrative media, becoming more socially acceptable pastimes and possessing academic discourse.

The idea of establishing whether or not games should or should not, could or could not be enjoyed as art and what that meant for the industry was necessary. The thing is, people haven’t shut up about it since… I was of course on the side of games being an artistic medium.

GameDev.net. View topic - THE PERPETUAL TESTING CHALLENGE: Rules and Discussion! The Secret World. We have revealed quite a bit about the character development system and progression in The Secret World recently – Both through a developer diary video and an in-depth article . But I wanted to take this opportunity to delve even deeper into these crucial features, because I know a lot of you always crave more information. I’m going to give a detailed explanation of the following topics: So let's start with the overall basics, and then dig a bit deeper. TSW does not have any classes, but it has 525 unique abilities. When we say that these abilities are unique, we really mean it. You gain ability points by acquiring xp. The basic abilities are fairly cheap in order to make experimenting with new weapon types easy and forgiving.

The ability wheel as it is in the Beta. Some of the most important abilities we call builders and finishers. There are multiple levels of synergies: State synergy comes from secondary effects happening when you put or hit a target in a certain state. Assault Rifle. "How Riot excels at game design (and the pitfall I hope they avoid)" by Gustaf @ Reign of Gaming. Whenever somebody asks me for a game recommendation, I'm basically thinking two things: Has this person played a lot of games before? 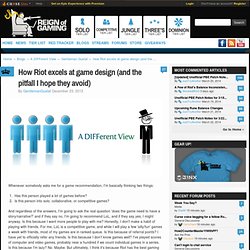 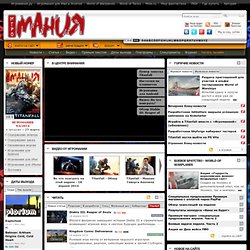