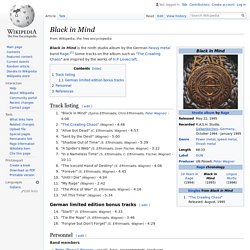 " (S. Efthimiadis, Wagner) - 4:33"Tie the Rope" (S. Track By Track: Everything Everything - Arc. Everything Everything‘s Arc is an album to really sink one’s teeth into and – by the band’s own admission – one which provides a much more expansive and less cluttered song palette than their debut Man Alive did. 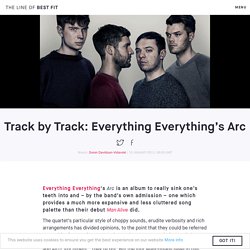 The quartet’s particular style of choppy sounds, erudite verbosity and rich arrangements has divided opinions, to the point that they could be referred to as a bit of a Marmite act. For those who are open to their sound, they are the more ambitious forebears of faves-du-jour Clock Opera, Django Django and Alt-J. For others… they’re not. But the four Mancunians revel in this dichotomy and from meeting them, the things that come across most strongly are their passion for their craft, their absolute dedication to their songwriting and their self-awareness. Cough Cough Jeremy: I was worried that it was kind of what people had expected form us. Jonathan: There were more elements to ‘Cough Cough’ in the original demos and we stripped it out a bit. Kemosabe Torso Of The Week. Blues and Rock Ballads válogatás By Mzozy 2014. Según Spotify, estas son las 10 mejores canciones para acostarse con alguien.

BUBBA SPARXXX LYRICS - Back In The Mud. "Back In The Mud" 1,2 1,2,3, let's go [Chorus] Back in the mud I've been in I confess, I'm so happy here There's nothing you can do to make me stay away, away, away [Verse 1] He's just that country boy, city slick, pit bull temperament At the Pony, at the Flame, either way it's an event If it's me consider it more than a coincidence Even though they mumble at me sucka's keep they distances Barber K, hey, what's that, they say Hip hop redneck that's a safe place Say what makes you comfortable Wit me cuz I like it here How about a rural dwelling urban music pioneer Turn it up, let it bang, run wit me I bet you can't Took too much to make it float, never will I let it sink So when we invented it for our youth and generous Hopin' that my moment passed, I can see no end of it Twenty-five, livin' like I was born yesterday Lovin' life, doin' right, earnin' every breath I take Standin' in the mud again cuz it seem to pay me well Playin' wit my not-so-distant cousins from the A-T-L Aaah!

[Chorus] Coheed and Cambria Wiki. Ten Speed is a bicycle posessed by the dark side of the Writer's mind that haunts his visions, trying to convince him to make drastic changes in the story to insure peace and stability in the Writer's life. 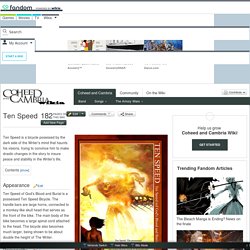 Appearance Edit Ten Speed of God's Blood and Burial is a possessed Ten Speed Bicycle. HOPSIN LYRICS - Ill Mind Of Hopsin 5. Man I hate rap, but if the shoe fits wear it. 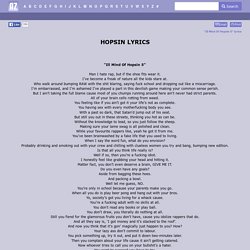 I’ve become a freak of nature all the kids stare at. Who walk around bumping RAW with the shit blaring, saying fuck school and dropping out like a miscarriage. I’m embarrassed, and I’m ashamed I’ve played a part in this devilish game making your common sense perish. But I ain’t taking the full blame cause most of you chumps running around here ain’t never had strict parents. All of your brain cells rotting from weed. Top 10 Songs About Going Crazy. Don Jamieson is a guest contributor to Loudwire. 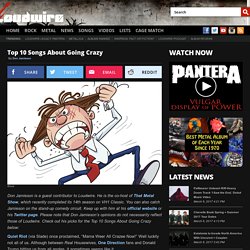 He is the co-host of That Metal Show, which recently completed its 14th season on VH1 Classic. You can also catch Jamieson on the stand-up comedy circuit. Keep up with him at his official website or his Twitter page. Please note that Don Jamieson’s opinions do not necessarily reflect those of Loudwire. Check out his picks for the Top 10 Songs About Going Crazy below: Quiet Riot (via Slade) once proclaimed, “Mama Weer All Crazee Now!” Sure you can go crazy from the heat, be crazy in love and be crazy as a fox but this list of songs are about going insane. The great Alice Cooper even wrote an entire album about the characters he met during his stay in a mental institution trying to beat the bottle called From the Inside. Luckily, the following 10 “crazy” selections will cause you no harm: ThePianoGuys - Let It Go (Disney's "Frozen") Vivaldi's Winter. 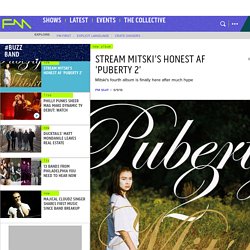 Her fourth LP includes previously released songs "Your Best American Girl" and "Happy. " The album, out June 17 on Dead Oceans, analyzes stuff deep within herself while also making morbid observations about the world around her. "[This is] the first album where I kind of stretched outside of my own experience and used more metaphors," Mitski told NPR. 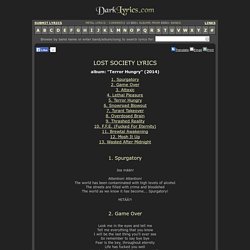 Spurgatory Jea mään! Attention! Attention! The world has been contaminated with high levels of alcohol The streets are filled with crime and bloodshed The world as we know it has become... 2. Look me in the eyes and tell me Tell me everything that you know I will be the last thing you'll ever see So remember to say bye bye Fear is the key, throughout eternity Life has fucked you well You had a good run, I think you can tell Now let me introduce you the burning pit of hell Face it, mean it, tonight I will come after you I get what I want and tonight, I ain't gonna lose GAME OVER GAME OVER GAME OVER GAME OVER Consider me your black hooded savior Down with me is where you belong Your story will end, time to go to bed To the never ending journey from the living to the dead. 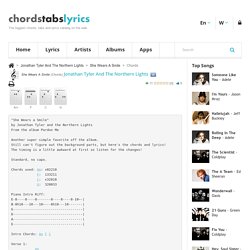 Fadedby White Ring We have lyrics for 'Faded' by these artists: 1. 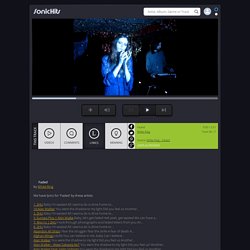 ZHU Baby I'm wasted All I wanna do is drive home to…10.Alan Walker You were the shadow to my light Did you feel us Another…2. Top 11 Insanity Songs. Continued from Page 1 6. Lithium by Nirvana Though Nirvana’s leader Kurt Cobain committed suicide in 1994, he often claimed that songs like Lithium – named after a powerful drug used to treat depression – were fictional. Months before his death, Cobain told Rolling Stone “I still see stuff, descriptions of rock stars in some magazine – ‘Kurt Cobain, the whiny, complaining, neurotic, bitchy guy who hates everything, hates rock stardom, hates his life.’ And I’ve never been happier in my life… I’m a much happier guy than a lot of people think I am.” But Lithium, a song about a man who contemplates suicide after the death of his girlfriend, tells a different story. 5. Though he was the son of Motown head Berry Gordy, Kennedy Gordy was unable to convince his father that he had musical talent.

Rockwell explained in Michael Jackson: The Solo Years that the song gelled after the King of Pop took an interest. 4. 3. 2. 1. Many other musicians have explored insanity in song. Levantar el ánimo en 50 Canciones - Un Pedacito de Psicología.