Appear Here. EmeraldInsight. Drapers Property Report: Creating a compelling pop-up experience. Acorn demographics 2013. The Market for Craft Beer. 10 brilliant barber shops you need to know about. In Conversation with Adam Gore of Barberology. Written by Rakelle Maurici in Grooming on the 25th July 2016 / 2 Comments Birmingham based Barbers Barberology take pride in offering the best quality service with a touch of uniqueness. 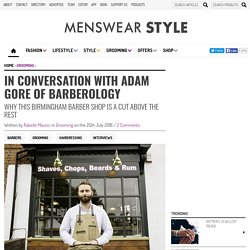 They were awarded with Barber of the Year for 2016 and they strive to have the best expertise in the industry. With close competition from hair salons across the world they are without doubt the best barbers in Birmingham. We spoke with Adam Gore, Founder and Chief Barber of Barberology about why they are a cut above the rest. » Barberology. Ted Baker bucks the trend as diversity drives sales. About Us. Heritage: We are creators of the World’s Finest Knitwear. 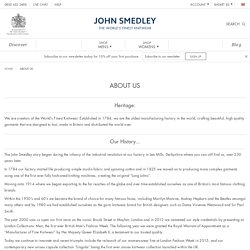 Established in 1784, we are the oldest manufacturing factory in the world, crafting beautiful, high quality garments that are designed to last, made in Britain and distributed the world over. Our History... Ted Baker bucks the trend as diversity drives sales. Rise of style-conscious men boosts UK hair and beauty industry. Philip Politi, owner of a salon based in Corstorphine, Edinburgh, said customers are now waiting longer between appointments. 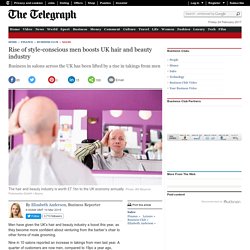 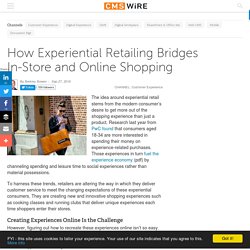 Research last year from PwC found that consumers aged 18-34 are more interested in spending their money on experience-related purchases. Those experiences in turn fuel the experience economy (pdf) by channeling spending and leisure time to social experiences rather than material possessions. How Experiential Retailing Bridges In-Store and Online Shopping. 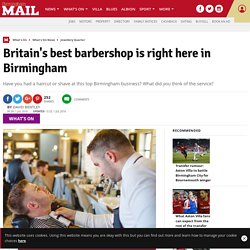 Barberology has been named Barbershop of the Year at the UK’s Premier Annual Barber Awards - described as the Oscars of the barber world. What's even more impressive is that the business only opened a year ago. It's based in Warstone Lane in the Jewellery Quarter. In-Store Services: The Next Phase Of Experiential Retail. Retailers can take their cues from companies including Best Buy, Ulta Beauty, Sephora and Nike, which have introduced cutting-edge services within their physical stores to augment the value of their merchandise. 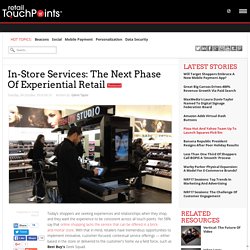 As Product Offerings Become All Too Similar, Services Will Stand Out The intense growth of e-Commerce retailing over the past decade, and the growing number of merchants selling similar merchandise, has made it easier for shoppers to purchase the items they are seeking at any time and at the best price. Mintel’s 15 Menswear Fashion Facts. As LC: M (London Collections Men) kicks off tomorrow (Friday 10th June), Mintel releases key stats from the 2016 Menswear report. 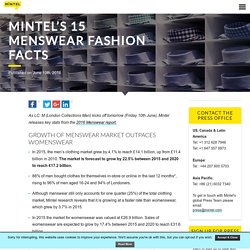 Growth of menswear market outpaces womenswear In 2015, the men’s clothing market grew by 4.1% to reach £14.1 billion, up from £11.4 billion in 2010. The market is forecast to grow by 22.5% between 2015 and 2020 to reach £17.2 billion.88% of men bought clothes for themselves in-store or online in the last 12 months*, rising to 96% of men aged 16-24 and 94% of Londoners.Although menswear still only accounts for one quarter (25%) of the total clothing market, Mintel research reveals that it is growing at a faster rate than womenswear, which grew by 3.7% in 2015.In 2015 the market for womenswear was valued at £26.9 billion. Sales of womenswear are expected to grow by 17.4% between 2015 and 2020 to reach £31.6 billion. Tamara Sender, Senior Fashion Analyst at Mintel said: Property: Why retailers are investing in experiential stores. Is the high street fighting back? - Retail Gazette.

Recent years have seen countless headlines about the death of the high street, as the digital revolution sent the heads of traditional bricks-and-mortar retailers spinning. 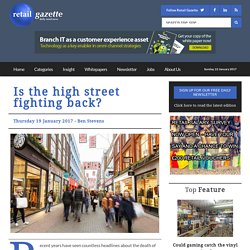 This Christmas though, the high street was gifted an uptick in footfall for the first time in six years. Although the statistics were modest, just a 0.2 per cent drop in footfall instead of 2015’s 2.2 per cent, it could well mark a turning point forthe UK's high streets at such a crucial time. Is the high street fighting back? - Retail Gazette.

Property: Why retailers are investing in experiential stores. Why Women and Men Shop Differently Even Online. Jokes about differences between male and female behavior are standard among comedians. 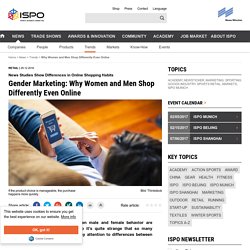 So it’s quite strange that so many online shops have not payed any attention to differences between the genders. Women tend to love shopping and to see it as a free-time activity. Beard Oil And Other Grooming Products Men Don't Realize They Need. Millennial Shopping Habits Are Changing Fashion - Here's How. I made the mistake of asking a group of middle-aged relatives over the holidays what they thought of the current generation a.k.a. millennials. 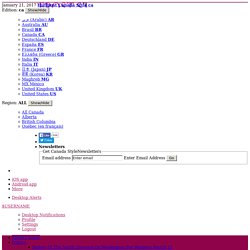 "Entitled. " "They spend too much time on their phones. " Birmingham City University - Sign In. Sales and profits up at Pretty Green. Liam Gallagher’s Pretty Green reports soaring profits and sales. Retail guru Mary Portas on why the High Street most definitely isn't dying. As Mary Portas gears up for her keynote speech at this year's Spring Fair at the NEC in Birmingham, Jade Burke catches up with her to find out why a personal service will make indies stand out this year and how interaction with customers is key.

What’s the single most important factor in generating footfall to a shop? The thing about independent retail today is that you need to create a destination in order to generate the footfall. The Evolution of Convenience in Retailing Trends, Statistics, Segment and Forecasts, Market Size, Share Analysis : Market Research Store. Business ideas for 2017: Men's haircare. By Rebekah Bonaparte Updated: Jan 17, 2017 Published: Jan 17, 2017 2017 is the year of the groomed man. In the past two years, the UK has given more attention to men’s haircare as the lumberjack style beard became a fashion staple and ‘the man bun’ and ‘fades’ became common phrases in men’s hair styling. No longer seen as taboo, a number of men are keen to find products that will not only give them a certain look but also keep their hair in tip-top condition, meaning they are willing to spend more than ever. Action point: Need a loan to start a business of your own?

Men's grooming is now a multi-billion pound worldwide industry. Here's a confession: I've never been in a salon, or a spa. I've never had anything professionally pluck or shaved – bar a few zeros off my bank balance thanks to Miuccia Prada twice a year. Increasingly, that puts me in the minority. Because the male grooming business is booming. Mrporter.com, the high-end menswear etailer, reported a 300 per cent growth in men's beauty and grooming products in 2015, a category it only added to the site two years ago. International - Log in.