Photographs by Hermann Försterling. How Heartbleed transformed HTTPS security into the stuff of absurdist theater. If you want to protect yourself against the 500,000 or so HTTPS certificates that may have been compromised by the catastrophic Heartbleed bug, don't count on the revocation mechanism built-in to your browser. 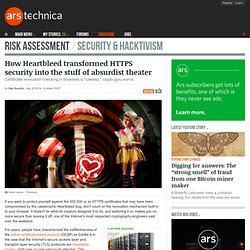 It doesn't do what its creators designed it to do, and switching it on makes you no more secure than leaving it off, one of the Internet's most respected cryptography engineers said over the weekend. For years, people have characterized the ineffectiveness of the online certificate status protocol (OCSP) as Exhibit A in the case that the Internet's secure sockets layer and transport layer security (TLS) protocols are hopelessly broken. Until now, no one paid much attention. The disclosure two weeks ago of the so-called Heartbleed bug in the widely-used OpenSSL cryptography library has since transformed the critical shortcoming into a major problem, the stuff of absurdist theater. 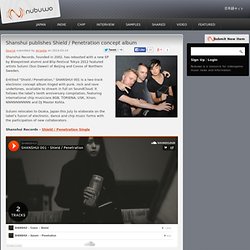 GG Allin's Last Day on Earth. Art by Brian Walsby I never paid much attention to GG Allin when he was alive because I thought he was a talentless bottom feeder who’d do anything to get attention. 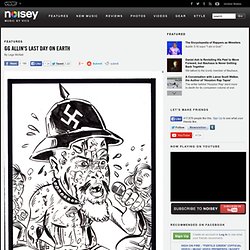 Consequently, I never bothered with his music, and stayed away from reading about him. I mean, compared to my pals in the Ramones, what could Allin possibly have to offer? GG seemed like a spectacular mess who was just taking up space until he killed himself. 家作坊 HomeShop. 新年快乐！ 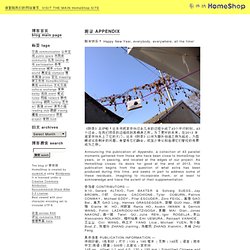 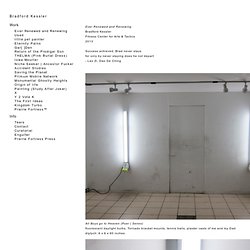 As an introverted person I have to say it's true. Former Facebook security chief is now working for the NSA. Skip to comments. 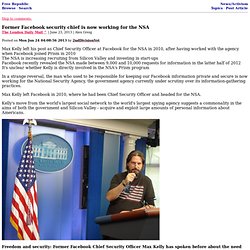 Former Facebook security chief is now working for the NSA The London Daily Mail ^ | June 23, 2013 | Alex Greig Posted on Mon Jun 24 04:08:56 2013 by 2ndDivisionVet Max Kelly left his post as Chief Security Officer at Facebook for the NSA in 2010, after having worked with the agency when Facebook joined Prism in 2010 The NSA is increasing recruiting from Silicon Valley and investing in start-ups Facebook recently revealed the NSA made between 9,000 and 10,000 requests for information in the latter half of 2012 It's unclear whether Kelly is directly involved in the NSA's Prism program In a strange reversal, the man who used to be responsible for keeping our Facebook information private and secure is now working for the National Security Agency, the government agency currently under scrutiny over its information-gathering practices.

Max Kelly left Facebook in 2010, where he had been Chief Security Officer and headed for the NSA. (Excerpt) Read more at dailymail.co.uk ... Web’s Reach Binds N.S.A. and Silicon Valley Leaders. Mr.

Kelly’s move to the spy agency, which has not previously been reported, underscores the increasingly deep connections between Silicon Valley and the agency and the degree to which they are now in the same business. Both hunt for ways to collect, analyze and exploit large pools of data about millions of Americans. The only difference is that the N.S.A. does it for intelligence, and Silicon Valley does it to make money. The disclosure of the spy agency’s program called Prism, which is said to collect the e-mails and other Web activity of foreigners using major Internet companies like Google, Yahoo and Facebook, has prompted the companies to deny that the agency has direct access to their computers, even as they acknowledge complying with secret N.S.A. court orders for specific data. Silicon Valley has what the spy agency wants: vast amounts of private data and the most sophisticated software available to analyze it.