Blurred Lines: Why Gender-Neutral Fashion Is the New Normal. H&M Close the Loop – Sustainable fashion through recycled clothes. H&M Makes Recycling Look Pretty Badass In New Campaign. Why the Fight for Pay Equity Is So Important  Right now across America, women are working to pay their bills, put food on the table for their families, slowly chip away at their mounting debt and student loans, or to even save a little for their own children to go to college. 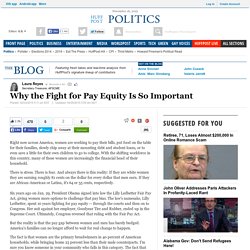 With the shifting workforce in this country, many of these women are increasingly the financial head of their household. There is stress. There is fear. And always there is this reality: If they are white women they are earning roughly 81 cents on the dollar for every dollar that men earn. If they are African-American or Latina, it's 64 or 55 cents, respectively. Six years ago on Jan. 29, President Obama signed into law the Lilly Ledbetter Fair Pay Act, giving women more options to challenge that pay bias. But the reality is that the pay gap between women and men has barely budged.

The fact is that women are the primary breadwinners in 40 percent of American households, while bringing home 23 percent less than their male counterparts. Should Men Wear Makeup?  HuffPost UK is running a month-long focus around masculinity in the 21st Century, and the pressures men face around identity. 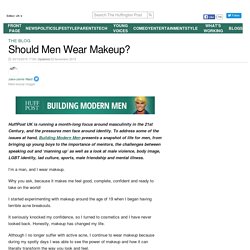 To address some of the issues at hand, Building Modern Men presents a snapshot of life for men, from bringing up young boys to the importance of mentors, the challenges between speaking out and ‘manning up’ as well as a look at male violence, body image, LGBT identity, lad culture, sports, male friendship and mental illness. Instagram Finally Explains Why It Won't #FreeTheNipple. If you post a photo on Instagram in which nipples are visible—and those nipples belong to a woman—there's a good chance it will be taken down. 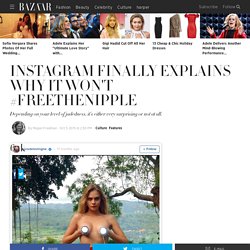 Just ask Rihanna, or Miley Cyrus, or Chelsea Handler, or Naomi Campbell. But if you post a photo of a man's nipples, you're in the clear. That's led a whole slew of users to cry foul and rally around the #freethenipple hashtag. Some have even Photoshopped images of men's nipples on top of women's breasts to prove their point. Advertisement - Continue Reading Below. It should be compulsory for men to take paternity leave. You could call it “secret mummy’s business”, those little details essential to the smooth running of her children’s lives that no-one else knows. 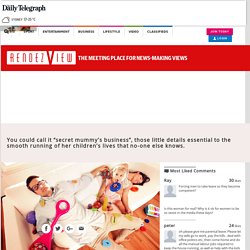 I saw it in action a few weeks ago at a swimming pool, when I watched a man rummage through a bag for his shivering daughter’s towel. “Did you bring the swimming towel?” His wife asked, having trusted him — to her evident regret — with packing. “Yes!” Paternity leave: A small step forward - NEWS & ANALYSIS. Men are much more likely to take paternity leave if they have sons.

The stereotype goes that when directors are figuring out how to frame a shot, they extend their arms, create a rectangle using their thumbs and index fingers, and peer through that box. 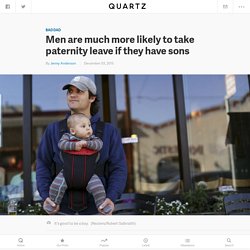 And because movies and TV shows have traditionally been viewed on one kind of box or another, the process provides a rough gauge of what the scene will look like. Uk.businessinsider. Chung Sang-hoon, 34, has taken a year off of his intensive sales job to stay at home with his children. 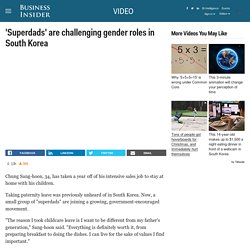 Taking paternity leave was previously unheard of in South Korea. Now, a small group of "superdads" are joining a growing, government-encouraged movement. "The reason I took childcare leave is I want to be different from my father's generation," Sang-hoon said. "Everything is definitely worth it, from preparing breakfast to doing the dishes. I can live for the sake of values I find important. " Watch CL's Insane Video for New Solo Song "Hello Bitches" If you’ve been paying attention, you already know CL. 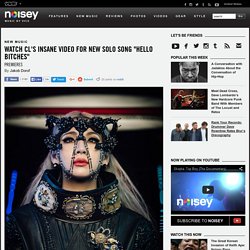 The 24-year-old South Korean superstar’s sung and snarled on recent tracks with everyone from Skrillex to Riff Raff, not to mention bringing the heat to Diplo’s Mad Decent Block Party tour all summer long. She’s been ubiquitous at fashion weeks and photoshoots for years now, forging creative bonds with top designers like Jeremy Scott and Alexander Wang along the way. Her group 2NE1’s undeniable anthem, the Korean-sung “I Am The Best,” even crept onto American FM radio, three years after its release, following a massive Microsoft ad sync last year. NastyGal Founder Sophia Amoruso on How to Become a #GirlBoss. #WEALLLOVEBEER. We Need to Retire the Word “Bitch" Last week in pop news, Nicki Minaj cussed Miley Cyrus out live on stage at the VMAs and the whole internet lost its shit, which is what the internet does best. 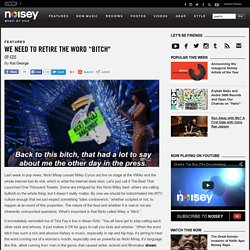 Let’s just call it The Beef That Launched One Thousand Tweets. Some are intrigued by this Nicki-Miley beef, others are calling bullshit on the whole thing, but it doesn’t really matter.