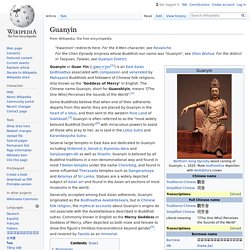 For the X-Men character, see Revanche. For the Chen Dynasty empress whose Buddhist nun name was "Guanyin", see Shen Wuhua. For the district in Taoyuan, Taiwan, see Guanyin District. Guanyin is an East Asian spiritual figure of mercy, and a bodhisattva associated with compassion as venerated by Mahayana Buddhists. 13th Dalai Lama. Thubten Gyatso (Tibetan: ཐུབ་བསྟན་རྒྱ་མཚོ་, Wylie: Thub Bstan Rgya Mtsho; 12 February 1876 – 17 December 1933) was the 13th Dalai Lama of Tibet.[1] In 1878 he was recognized as the reincarnation of the Dalai Lama. 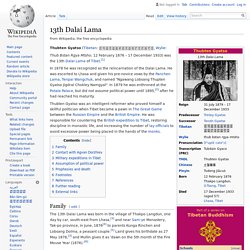 He was escorted to Lhasa and given his pre-novice vows by the Panchen Lama, Tenpai Wangchuk, and named "Ngawang Lobsang Thupten Gyatso Jigdral Chokley Namgyal". In 1879 he was enthroned at the Potala Palace, but did not assume political power until 1895,[2] after he had reached his maturity. Thubten Gyatso was an intelligent reformer who proved himself a skillful politician when Tibet became a pawn in The Great Game between the Russian Empire and the British Empire. Dalai Lama. The Dalai Lama /ˈdɑːlaɪ ˈlɑːmə/[1][2] is a monk of the Gelug or "Yellow Hat" school of Tibetan Buddhism,[3] the newest of the schools of Tibetan Buddhism[4] founded by Je Tsongkhapa. 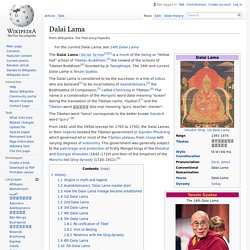 The 14th and current Dalai Lama is Tenzin Gyatso. The Dalai Lama is considered to be the successor in a line of tulkus who are believed[1] to be incarnations of Avalokiteśvara,[2] the Bodhisattva of Compassion,[5] called Chenrezig in Tibetan.[6] The name is a combination of the Mongolic word dalai meaning "ocean" (being the translation of the Tibetan name, 'Gyatso')[7] and the Tibetan word བླ་མ་ (bla-ma) meaning "guru, teacher, mentor". The Tibetan word "lama" corresponds to the better known Sanskrit word "guru".[8] From 1642 until the 1950s (except for 1705 to 1750), the Dalai Lamas or their regents headed the Tibetan government or Ganden Phodrang which governed all or most of the Tibetan plateau from Lhasa with varying degrees of autonomy.

History[edit] Origins in myth and legend[edit] 1st Dalai Lama[edit] Seven Years in Tibet. The book covers the escape of Harrer and his companion, Peter Aufschnaiter, from a British internment camp in India. 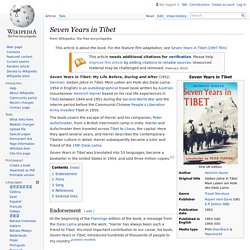 Harrer and Aufschnaiter then traveled across Tibet to Lhasa, the capital. Here they spent several years, and Harrer describes the contemporary Tibetan culture in detail. Harrer subsequently became a tutor and friend of the 14th Dalai Lama. Crushed by the Wheel of Time. Dayananda:"O the great Supreme, in every type of body, either in the heavenly planet or in the hellish planet, there are pleasing and not pleasing circumstances on account of combination and separation. 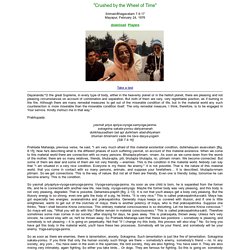 But both of them are very, very regrettable position, as if burning in the fire. Although there are many remedial measures to get out of the miserable condition of life, but in the material world any such counteraction is more miserable than the miserable condition itself. The only remedial measure, I think, therefore, is to be engaged in Your service. Kindly instruct me in that way. " Prabhupada: yasmat priya apriya-viyoga-samyoga-janma-sokagnina sakala-yonisu dahyamanahduhkhausadham tad api duhkham atad-dhiyahambhuman bhramami vada me tava dasya-yogam [SB 7.9.16] Prahlada Maharaja, previous verse, he said, "I am very much afraid of this material existential condition, duhkhalayam asasvatam [Bg. 8.15]. 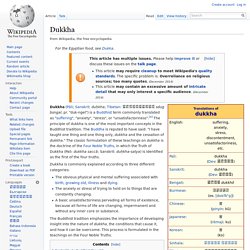 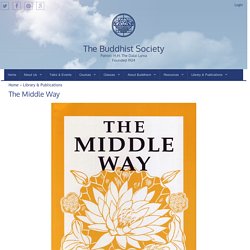 It is fully illustrated, with a photographic centre-spread on art paper. What is Enlightenment and What does It Matter Anyway? Thank you for your interest in Patheos newsletters! 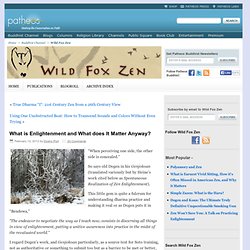 Please enter your email address below and click the "Subscribe" button. Thank you for your subscription. You can visit your Preference Center to complete your profile and see what else we have to offer. We apologize, we were unable to complete your subscription at this time, please try again later. If this error persists please contact us at communications@patheos.com. Like what you're reading? The last words of the Buddha. The Buddha Center » True Buddhism in Virtual Reality Second Life.

Key Concepts. Three poisons (Buddhism) The three poisons are represented in the center of the wheel of life as a pig, a bird, and a snake. 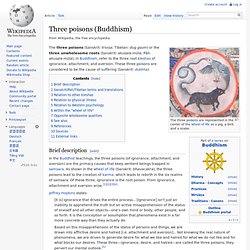 Jeffrey Hopkins states: [It is] ignorance that drives the entire process... [Ignorance] isn't just an inability to apprehend the truth but an active misapprehension of the status of oneself and all other objects—one's own mind or body, other people, and so forth. It is the conception or assumption that phenomena exist in a far more concrete way than they actually do. Based on this misapprehension of the status of persons and things, we are drawn into afflictive desire and hatred [i.e. attachment and aversion]... Ringu Tulku states: Shambhala Training. Shambhala Training is a secular approach to meditation developed by Tibetan Buddhist teacher Chogyam Trungpa and his students.[1][2] It is based on what Trungpa calls Shambhala Vision, which sees enlightened society as not purely mythical, but as realizable by people of all faiths through practices of mindfulness/awareness, non-aggression, and sacred outlook.[3] He writes: The Shambhala Training teachings cover art, society, and politics and the goal of creating an enlightened society. 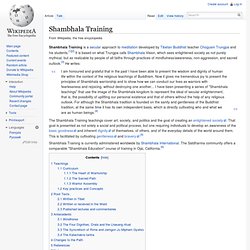 That goal is presented as not solely a social and political process, but one requiring individuals to develop an awareness of the basic goodness and inherent dignity of themselves, of others, and of the everyday details of the world around them. This is facilitated by cultivating gentleness and bravery.[5] Shambhala Training is currently administered worldwide by Shambhala International. Three poisons (Buddhism) Buddhist vegetarianism. In Buddhism, the views on vegetarianism vary between different schools of thought. According to Theravada, the Buddha allowed his monks to eat pork, chicken and beef if the monk was aware that the animal was not killed on their behalf.

Theravada also believes that the Buddha allowed the monks to choose a vegetarian diet, but only prohibited them from eating human, elephant, horse, dog, cat, lion, tiger, bear, leopard, and slug flesh.[1] According to Theravada, the Buddha did not prohibit any kind of meat-eating for his lay followers. In Vajrayana, the act of eating meat is not always prohibited. Bodhisattva. Buddha Nature: The Mahayana Uttaratantra Shastra. Overview of Tantra in Tibetan Buddhism : Ven. Geshe Ngawang Dakpa.

<div style="padding:5px; font-size:80%; width:300px; background-color:white; margin-left:auto; margin-right:auto; border:1px dashed gray;"> Internet Archive's<! --'--> in-browser audio player requires JavaScript to be enabled. It appears your browser does not have it turned on. Please see your browser settings for this feature. </div> Knowing Body, Moving Mind: Ritualizing and Learning at Two Buddhist Centers - Patricia Q Campbell. Ben Serviss's Blog - In Search of Meditative Games. The following blog post, unless otherwise noted, was written by a member of Gamasutra’s community. The thoughts and opinions expressed are those of the writer and not Gamasutra or its parent company. This article originally appeared on dashjump.com. Fun in games is under attack. OK, maybe not under attack, but it’s definitely getting elbowed in the ribs. David Cage wants to see the industry using mature themes to deliver games with intent; Jane McGonigal wants to add 10 years to your life through play; and Frank Lantz, in his introduction at NYU’s Global Game Jam site in January, encouraged developers to instead focus on creating joy, stating that “fun is overrated.”

But there’s another intention that some games have been exploring off and on for years, something you can see glimpses of beneath the zoned-out zombie stare that comes from any hours-long play session: meditation. Signs of progress in meditation. If you’re here because you’re having odd experiences in meditation, like swirling lights or your body feeling odd, I’d suggest the post I wrote on “Odd experiences in meditation.” When you’re new to meditation you often need some reassurance that you’re on the right path. Often it’s hard to tell whether you are making progress or not. I emphasized earlier that one of the things that will help you to stick with your meditation practice is the ability to notice and appreciate small changes. So here are some of the small changes that you might want to watch out for. Other people noticing that you are changing. Discover the Emerging Face(s) of Buddhism.