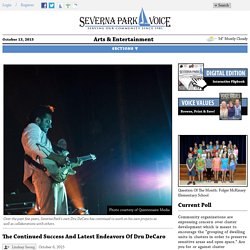 “You gotta be really good, really lucky, meet all the right people at all the right times,” he said, “and then you have a one-in-a-million chance to make it.” As it turns out, Severna Park’s own Dru DeCaro is one in a million. DeCaro has recorded and performed with pop, hip-hop and R&B icons such as Snoop Dogg, Will.I.Am and John Legend. Since the Voice last caught up with him, he has continued to work on his own projects as well as collaborations with others. His indie-rock band Monomaniac has been a “wild journey,” he said, as they released a lot in a short time. “We played a bunch of festivals, released videos and recorded a now-unreleased CD,” DeCaro said.

At the moment, however, his other projects have been placed on the backburner. As Jeff DeCaro said, “He’s music 24/7.” Sarah Hearts. The Horrific New Marriage Between Your Post Office and Amazon Sunday. “Amazon.com, the e-commerce company based out of Seattle, Washington, has recently partnered up with the USPS to deliver packages on Sundays to its Amazon Prime customers.” 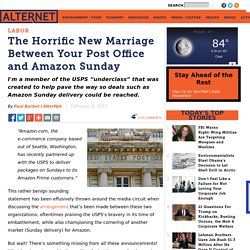 This rather benign sounding statement has been effusively thrown around the media circuit when discussing the arrangement that’s been made between these two organizations; oftentimes praising the USPS’s bravery in its time of embattlement, while also championing the cornering of another market (Sunday delivery) for Amazon. But wait! There’s something missing from all these announcements! What has been ignored is the reality of what it means for the workers who are implementing this new, surprising arrangement. See, I am a member of the USPS “underclass” that was created to help pave the way so deals such as Amazon Sunday delivery could be reached. Prepped for the Auction Floor CCAs weren’t always considered a low-wage workforce. Enter the Amazon deal. The devil is in the details…if we could see them! Turks and Caicos Islands National Dress. 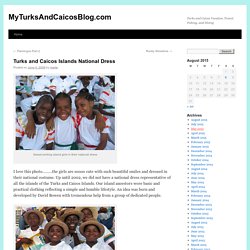 Up until 2002, we did not have a national dress representative of all the islands of the Turks and Caicos Islands. Our island ancestors wore basic and practical clothing reflecting a simple and humble lifestyle. An idea was born and developed by David Bowen with tremendous help from a group of dedicated people. These handsome young boys were eager to smile for the camera These young people perform folk songs in their national dress of white cotton with coloured bands representing each island. Six colours were chosen for the main islands of the Turks and Caicos and two more for symbols of our national pride. 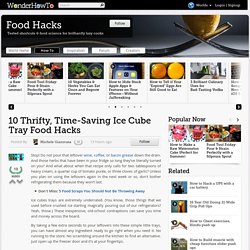 Do not pour that leftover wine, coffee, or bacon grease down the drain. And those herbs that have been in your fridge so long they've literally turned on you? And what about when that recipe only calls for two tablespoons of heavy cream, a quarter cup of tomato purée, or three cloves of garlic? Unless you plan on using the leftovers again in the next week or so, don't bother refrigerating them because they won't last. Don't Miss: 5 Food Scraps You Should Not Be Throwing Away Ice cubes trays are extremely underrated. By taking a few extra seconds to pour leftovers into these simple little trays, you can have almost any ingredient ready to go right when you need it.

Now, you might be thinking, "How many ice trays do you think I can fit in my freezer?! In the end you'll save time, money, and frustration by having all of these ingredients on hand. 1. Wine is the easiest to freeze since all you have to do is pour it from bottle to tray. The Harpster Home. One of the small projects I tackled while Steve was at work all day on Sunday was hanging our new hand-towel rack in the master bathroom. 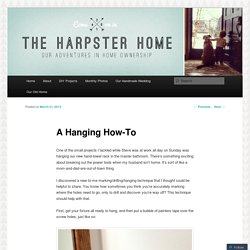 There’s something exciting about breaking out the power tools when my husband isn’t home. It’s sort of like a mom-and-dad-are-out-of-town thing. I discovered a new-to-me marking/drilling/hanging technique that I thought could be helpful to share. You know how sometimes you think you’re accurately marking where the holes need to go, only to drill and discover you’re way off?

This technique should help with that. First, get your fixture all ready to hang, and then put a bubble of painters tape over the screw holes, just like so: Handy Pop-up Trunk Shelf. To make this shelf you'll need the following supplies: 1. 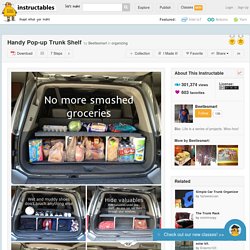 Open Wire Closet Shelf - I bought a 48" piece from Home Depot that fit perfectly in my trunk ($6.00) 2. 2 Legs - I used a pair of legs made for fold down seating on boats. They are lightweight and very strong plus they lock in place in the up and down positions(17.99 each online). I splurged on these legs but you could easily substitute wire folding locker shelves at $4.99 a piece. 3. 4. 8 zip ties - I had some in my garage but they are cheap and widely available. 5. 2 teacup hooks - I had these in my garage too, but they are also cheap and widely available (Target, Home Depot, Lowe's, etc) VitaVault Vitamin Dispenser - Vitamin Chest - Pillbox Pill Organizer. 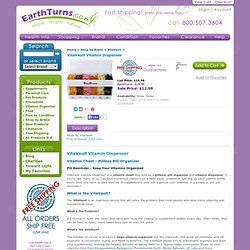 If you're like many of us, you take numerous vitamins on a daily basis. Work From Home: The Top 100 Companies Offering Flexible Jobs In 2014.