April Fool's Day Pranks For Kids That Can Work On Adults. Draw faces on all the eggs in the carton. 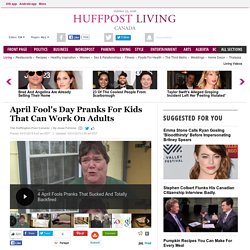 Listen for screams when someone wakes up to make scrambled eggs. (via visualize.us) Slice bananas without anyone knowing. Stick a pin through the brown spot on a banana, and move it from one point to the next. Continue doing this in numerous spots. Draw a spider on toilet paper with a Sharpie. It'll shock kids and coworkers alike. Christmas Around the World. On Christmas Eve, children, especially boys, often go out singing 'kalanda' (carols) in the streets. 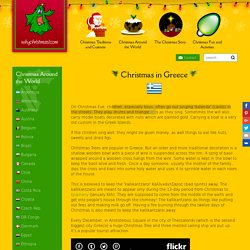 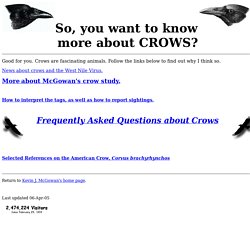 Good for you. Crows are fascinating animals. Follow the links below to find out why I think so. News about crows and the West Nile Virus. More about McGowan's crow study. How to interpret the tags, as well as how to report sightings. Frequently Asked Questions about Crows Selected References on the American Crow, Corvus brachyrhynchos Return to Kevin J. NASA Kids Club. Skip to main content NASA Kids Club › Text Only Site Orion Fun Stuff Download. 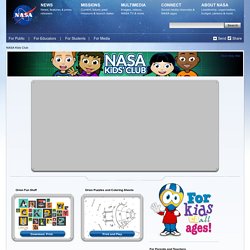 Print. Orion Puzzles and Coloring Sheets Print and Play. Space Racers. Little girl receives gifts from crows as a thank you for feeding them. Gabi returning from her daily bird visit. 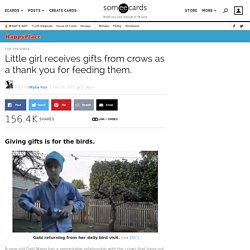 (via BBC) 8-year-old Gabi Mann has a remarkable relationship with the crows that hang out in her garden. Every day she feeds them some peanuts or dog food, and in return, they regularly bring her presents. Gabi keeps her collection of odd charms, pieces of metal, and broken glass in a bead storage container, and showed it to BBC writer and co-host of "The BitterSweet Life" podcast, Katy Sewall. If you ever lose your engagement ring, check the bird bath. Children's Homework Help.

Homeschool Reading and Spelling Curriculum, Programs. Types of Ancient Greek Medicine. What do these three have in common? 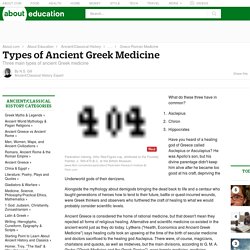 Asclepius Chiron Hippocrates Have you heard of a healing god of Greece called Asclepius or Asculapius? He was Apollo's son, but his divine parentage didn't keep him alive after he became too good at his craft, depriving the Underworld gods of their denizens. Alongside the mythology about demigods bringing the dead back to life and a centaur who taught generations of heroes how to tend to their future, battle or quest-incurred wounds, were Greek thinkers and observers who furthered the craft of healing to what we would probably consider scientific levels.

Ancient Greece is considered the home of rational medicine, but that doesn't mean they rejected all forms of religious healing. Medical Schools The two most important medical schools were those of Cos (Kos) and Cnidos (Knidos). Ancient Greek Medicine References "Greek Medicine and the Greek Genius" G. Bucephalus. Bucephalus was Alexander the Great’s horse and is considered by some to be the most famous horse in history. 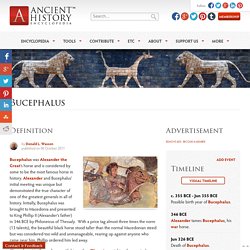 Alexander and Bucephalus’ initial meeting was unique but demonstrated the true character of one of the greatest generals in all of history. Initially, Bucephalus was brought to Macedonia and presented to King Phillip II (Alexander’s father) in 346 BCE by Philoneicus of Thessaly. With a price tag almost three times the norm (13 talents), the beautiful black horse stood taller than the normal Macedonian steed but was considered too wild and unmanageable, rearing up against anyone who came near him. Phillip ordered him led away. Bucephalus - Horse of Alexander the Great. Trojan Horse Paper Craft. Contributed by Leanne Guenther This is a simple three dimensional craft that can be done "just for fun" or an Ancient Greece theme. 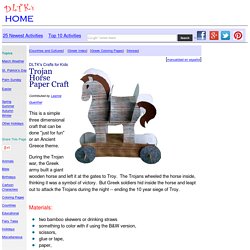 During the Trojan war, the Greek army built a giant wooden horse and left it at the gates to Troy. The Trojans wheeled the horse inside, thinking it was a symbol of victory. But Greek soldiers hid inside the horse and leapt out to attack the Trojans during the night -- ending the 10 year siege of Troy. Kid's Biography: Alexander the Great. Biography >> Ancient Greece for Kids Occupation: Military Commander and King of Ancient Greece Born: July 20, 356 BC Pella, Macedon Died: June 10, 323 BC Babylon Best known for: Conquering much of Asia and Europe Biography: Alexander the Great was the king of Macedonia or Ancient Greece. 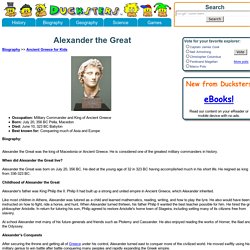 He is considered one of the greatest military commanders in history. Florida, USA. A hundred worlds – from magic kingdoms and Latin American and Caribbean capitals to mangrove islands, wild wetlands and artist colonies – are all contained within this flat peninsula. 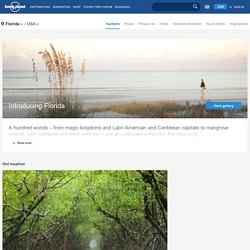