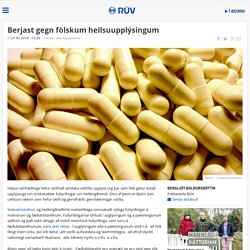 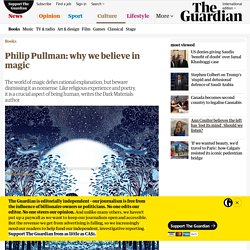 At least, that’s how I imagine rationality would view it. I find myself in an awkward position rationality-wise, because my name is listed on the website of the Rationalist Association as a supporter, and at the same time I think this exhibition is full of illuminating things, and the mental world it illustrates is an important – no, an essential part of the life we live. I’d better try to work out what I mean. I’ll start with William James. And of course she’s not alone. The universe of magic is a large place. But rationalism doesn’t make the magical universe go away. Fake news: an exhibition on the importance of accurate journalism. In 1914, Missouri journalist Walter Williams penned The Journalist’s Creed, ethical commandments every journalist should live by. 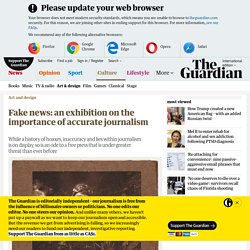 It claims that “accuracy and fairness are fundamental to good journalism” and “a journalist should write only what he holds in his heart to be true”. It also says: “Suppression of the news, for any consideration other than the welfare of society, is indefensible.” But in a time where “fake news” is at the forefront of American politics, it makes sense to look back on journalistic integrity, the history of propaganda and the future of the mass media as America gears up for the midterm election vote in November.

This creed and more are in a new exhibition entitled The History of Fake News (and the Importance of the World’s Oldest School of Journalism), at the Boone County History & Culture Center in Columbus, Missouri, which traces the history of fake news – from sensational hoaxes to propaganda, yellow journalism, misinformation and factual errors. How a college drop out became a champion of investigative journalism. Things might have worked out very differently for Eliot Higgins if his studies had kept pace with technology. 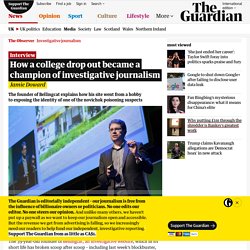 The 39-year-old founder of Bellingcat, an investigative website, which in its short life has broken scoop after scoop – including last week’s blockbuster, unmasking one of the alleged perpetrators of the novichok attack in Salisbury – never intended to be at the vanguard of open-source journalism. As a teenager, he studied media technology at Southampton Institute for Higher Education. “It was back when everything was still being done on tape and people were transitioning from analogue to digital. All the stuff I was learning seemed to be immediately out of date.”

Disillusioned, Higgins gave up on the course. Instead he took a series of administrative jobs while developing an interest in blogging under the handle Brown Moses. “It started as a hobby. Colonel Anatoliy Chepiga is one person who might wish that Higgins had completed his studies and ended up in a normal job.