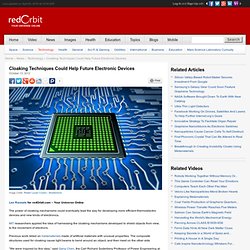 MIT researchers applied the idea of harnessing the cloaking mechanisms developed to shield objects from view, to the movement of electrons. Previous work relied on metamaterials made of artificial materials with unusual properties. The composite structures used for cloaking cause light beams to bend around an object, and then meet on the other side. “We were inspired by this idea,” said Gang Chen, the Carl Richard Soderberg Professor of Power Engineering at MIT, who decided to study how it might apply to electrons instead of light. The team, writing in the journal Physical Review Letters, said they modeled nanoparticles with a core of one material and a shell of another.

Rather than bending around the object, the electrons actually pass through the particles. Rapid Changes In The Earth's Core. October 23, 2012 Lee Rannals for redOrbit.com – Your Universe Online Scientists writing in the journal Proceedings of the National Academy of Sciences (PNAS) said the magnetic gravity fields of Earth are going through some changes. 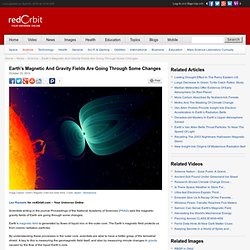 Earth’s magnetic field is generated by flows of liquid iron in the outer core. The Earth’s magnetic field protects us from cosmic radiation particles. Design. 20 Great Infographics of 2012. 2012 has certainly been an eventful year, with everything from elections, to olympics, to scientific breakthroughs, to major weather events. 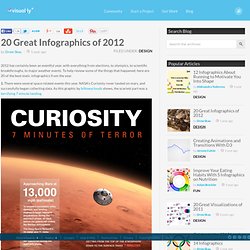 To help review some of the things that happened, here are 20 of the best static infographics from the year. 1. There were several space related events this year. NASA’s Curiosity rover landed on mars, and successfully began collecting data.

The Revolution : Rise of the Tablets for eLearning. Battlefield eLearning and all forms within are normally taken via your desktop computer and either hitting your company’s server with your browser or going to a hosted LMS vendor’s solution. 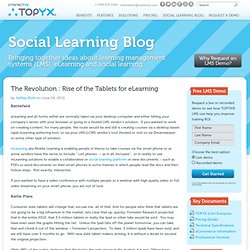 If you wanted to work on creating content, for many people, the route would be and still is creating courses via a desktop based rapid eLearning authoring tool, or via your LMS/LCMS vendor’s tool (hosted or not) or via Dreamweaver or some other type of solution. mLearning aka Mobile Learning is enabling people in theory to take courses via the smart phone or as some vendors have the nerve to include ” cell phones – as in all-inclusive”, or in reality to use mLearning solutions to enable a collaborative or social learning platform or view documents – such as PDFs or word documents on their smart phones in some manner in which people read the docs and then follow steps. 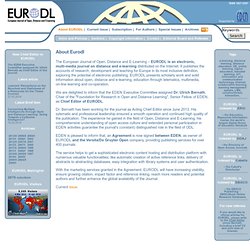 It publishes the accounts of research, development and teaching for Europe in its most inclusive definition, exploring the potential of electronic publishing. EURODL presents scholarly work and solid information about open, distance and e-learning, education through telematics, multimedia, on-line learning and co-operation. List of free and open source CMS. Paradigms of knowing enter. Can Social Learning Solve the Problem of High Unemployment? There’s no disputing the real and continuing problem of our nation’s high unemployment rate. 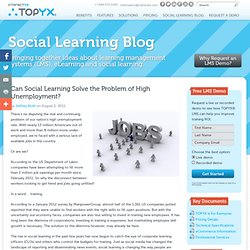 With nearly 13 million Americans out of work and more than 8 million more under-employed, we’re faced with a serious lack of available jobs in this country. Or are we? According to the US Department of Labor, companies have been attempting to fill more than 3 million job openings per month since February 2011. So why the disconnect between workers looking to get hired and jobs going unfilled? In a word… training. According to a January 2012 survey by ManpowerGroup, almost half of the 1,361 US companies polled reported that they were unable to find workers with the right skills to fill open positions. Educator Resource Centers. Using Data to Improve Student Achievement While schools now measure their students’ progress more frequently throughout the year, using this information to target instruction more effectively still poses a challenge. Turning data into higher… Introducing the resource.

Sleepless (ClulowForester Remix) by ClulowForester. Six Tips on Writing from John Steinbeck. Training 21 C. 7 pins trending on Pinterest this week. Pinterest statistics tracker Repinly keeps tabs on which pins prove to be the most repinnable. 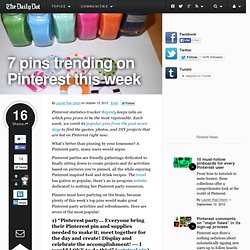 Each week, we comb its popular pins from the past seven days to find the quotes, photos, and DIY projects that are hot on Pinterest right now. What’s better than pinning by your lonesome? A Pinterest party, many users would argue. Pinterest parties are friendly gatherings dedicated to finally sitting down to create projects and do activities based on pictures you’ve pinned, all the while enjoying Pinterest inspired food and drink recipes. The trend has gotten so popular, there’s an in-progress website dedicated to nothing but Pinterest party resources. 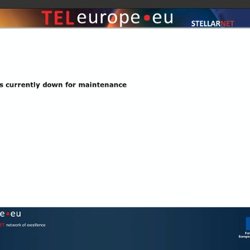 Tagging represents the transformation of the name-space strategy of network architecture in terms of the enduser action. Network itself is based on the physical rule of real nature in terms of its electromagnetic diagrams within the devices. EUNitec. EUNitec. Newlast.