Contacts possibles. Apps. Schizophrenia. Brain-training game helps 'minimise impact of schizophrenia on life' A “brain training” game improves the cognitive function of people with schizophrenia and facilitates everyday tasks, according to researchers at the University of Cambridge. 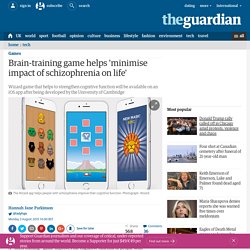 How a Computer Predicts Schizophrenia and Psychosis. Although the language of thinking is deliberate—let me think, I have to do some thinking—the actual experience of having thoughts is often passive. 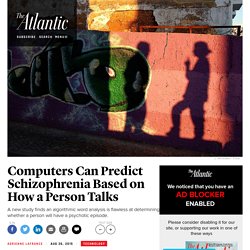 Ideas pop up like dandelions; thoughts occur suddenly and escape without warning. People swim in and out of pools of thought in a way that can feel, paradoxically, mindless. Most of the time, people don’t actively track the way one thought flows into the next. Smartphones Can Aid People with Schizophrenia. Psychiatry is employing smartphone technology as an innovative tool in the assessment and treatment of schizophrenia and other serious mental illness. 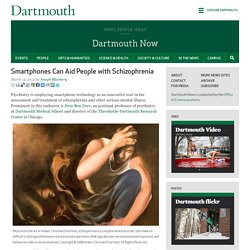 Prominent in this endeavor is Dror Ben-Zeev, an assistant professor of psychiatry at Dartmouth Medical School and director of the Thresholds-Dartmouth Research Center in Chicago. Depicted in the art of Amber Christian Osterhout, schizophrenia is a complex mental disorder that makes it difficult to distinguish between real and unreal experience, think logically, have normal emotional responses, and behave normally in social situations. Copyright © 2008 Amber Christian Osterhout. All Rights Reserved. Mobile Assessment and Treatment for Schizophrenia (MATS): A Pilot Trial of An Interactive Text-Messaging Intervention for Medication Adherence, Socialization, and Auditory Hallucinations. 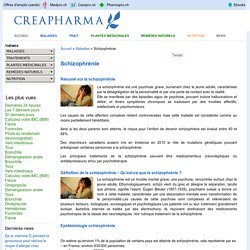 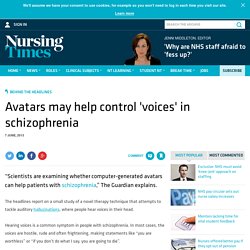 Hearing voices is a common symptom in people with schizophrenia. In most cases, the voices are hostile, rude and often frightening, making statements like “you are worthless” or “if you don’t do what I say, you are going to die”. The study involved schizophrenia patients who had not responded to medication. The patients created a computer-generated face with a voice (avatar) that they thought was similar to the hallucinated voice. CommonGround - PDA. Nurse avatar startup Sense.ly raises $1.25M for follow-up care. San Francisco-based Sense.ly raised $1.25 million from accelerator Launchpad Digital Health, Eastlink Capital Management, and five angel investors. 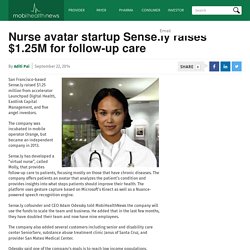 The company was incubated in mobile operator Orange, but became an independent company in 2013. Sense.ly has developed a “virtual nurse”, called Molly, that provides follow-up care to patients, focusing mostly on those that have chronic diseases. The company offers patients an avatar that analyzes the patient’s condition and provides insights into what steps patients should improve their health. The platform uses gesture capture based on Microsoft’s Kinect as well as a Nuance-powered speech recognition engine. Sense.ly cofounder and CEO Adam Odessky told MobiHealthNews the company will use the funds to scale the team and business. Smartphone-Based Glucose Monitors and Applications in the Management of Diabetes: An Overview of 10 Salient “Apps” and a Novel Smartphone-Connected Blood Glucose Monitor.

According to the American Diabetes Association, the direct and indirect costs of diabetes in the United States have exceeded $174 billion, and there are 25.8 million U.S. children and adults with diabetes.1 Numerous resources are available to help patients increase their role in the management of diabetes while simultaneously improving their metabolic parameters. 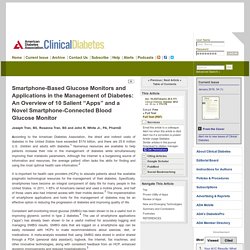 Although the Internet is a burgeoning source of information and resources, the average patient often lacks the skills for finding and using the most optimal health care information.2 It is important for health care providers (HCPs) to educate patients about the available pragmatic technological resources for the management of their diabetes. Tarmedsuisse.org. Echo112. Schizophrenia and Smartphones: Separating Speculation From Science.

Schizophrenia is a severe mental illness characterized by symptoms that may include delusions, hallucinations, and disorganized thoughts or speech. 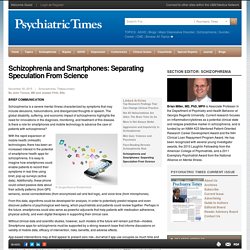 The global disability, suffering, and economic impact of schizophrenia highlights the need for innovations in the diagnosis, monitoring, and treatment of this disease. Is there a role for smartphones and mobile technology to advance the care of patients with schizophrenia? © SergeyNivens/Shutterstock With the rapid expansion of mobile health (mHealth) technologies, there has been an increased interest in the potential of smartphone health apps for schizophrenia. JMU-Smartphone Apps for Schizophrenia: A Systematic Review. Introduction The growing prevalence of smartphone technology has created increasing interest in mHealth across all areas of medicine. 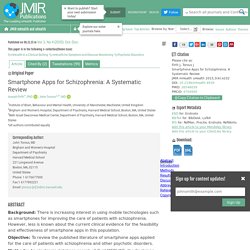 With global smartphone ownership already at 25% [], and nearly 65% in countries like the United States [], these advanced mobile phones offer a novel platform to expand the impact and reach of traditional health care services. One area that stands to potentially benefit from mHealth is the behavioral health sciences, such as psychiatry, given that smartphones could serve as proxies for capturing digital phenotypes of behaviors [], and providing real-time psychological support. Despite recent advances in research and practice, schizophrenia (and other psychotic illnesses) is still associated with high chronicity, disability, and global burden of disease []. Clinician’s guide to HIPAA and security in medical app design, Part 1. There are a lot of things unique about healthcare as an industry. 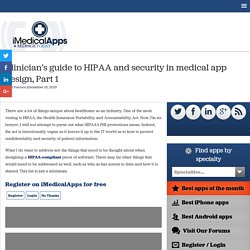 One of the most vexing is HIPAA, the Health Insurance Portability and Accountability Act. Now, I’m no lawyer, I will not attempt to parse out what HIPAA’s PHI protections mean. Indeed, the act is intentionally vague as it leaves it up to the IT world as to how to protect confidentiality and security of patient information. What I do want to address are the things that need to be thought about when designing a HIPAA-compliant piece of software. ResearchKit. How innovation in mobile health is reshaping mental health. Psychiatric health conditions and behavioral issues received greater prominence at the 2013 mHealth Summit, with presentations and panels given by prominent national researchers. This focus comes at the right time, when today’s mental health system is extremely dysfunctional.

Long wait times, overtreatment, and high-touch, low-frequency appointments plague both clinicians and patients alike. As Tom Doub, PhD (@tomdoub, @researchatCRI), puts it, “Most highly trained staff do routine, low-value tasks,” Doub says. “Our psychiatrists—our most scarce resource—are doing routine med checks, and not focused on the most complex, hard problems.” Here’s our roundup of some of the most interesting work being done to use mobile health to improve mental health. Dr. VWHCI - Using Mobile Technology to Enhance Psychotherapy for Treatment of Schizophrenia: A Feasibility Study.