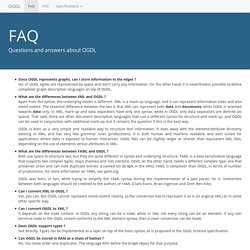 No. In OGDL egdes are represented by space and don't carry any information. On the other hand, it is nevertheless possible to define complexer graph description languages on top of OGDL. What are the differences between XML and OGDL ? Apart from the syntax, the underlying model is different. Android. Multithreading Programming Tutorial. Java is amultithreaded programming language which means we can develop multithreaded program using Java. 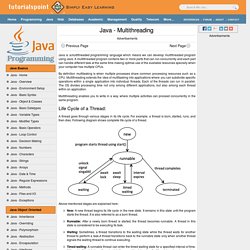 A multithreaded program contains two or more parts that can run concurrently and each part can handle different task at the same time making optimal use of the available resources specially when your computer has multiple CPUs. By definition multitasking is when multiple processes share common processing resources such as a CPU. Multithreading extends the idea of multitasking into applications where you can subdivide specific operations within a single application into individual threads.

Each of the threads can run in parallel. The OS divides processing time not only among different applications, but also among each thread within an application. Multithreading enables you to write in a way where multiple activities can proceed concurrently in the same program. Life Cycle of a Thread: A thread goes through various stages in its life cycle. Above-mentioned stages are explained here:

Hetero%2Flecture_slides_002%2FLecture%201%2FLecture-1-1-Overview.pdf. Accelerating network packet processing in Linux. As a general-purpose operating system, Linux is not designed for effective operation and high throughput for networking traffic. 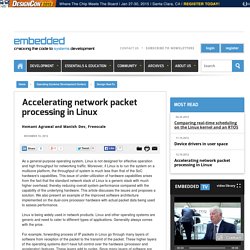 Moreover, if Linux is to run the system on a multicore platform, the throughput of system is much less than that of the SoC hardware's capabilities. This issue of under-utilization of hardware capabilities arises from the fact that the standard network stack of Linux is a generic stack with much higher overhead, thereby reducing overall system performance compared with the capability of the underlying hardware.

This article discusses the issues and proposes a solution. We also present an example of the improved software architecture implemented on the dual-core processor hardware with actual packet data being used to assess performance. Linux is being widely used in network products. For example, forwarding process of IP packets in Linux go through many layers of software from reception of the packet to the transmit of the packet. 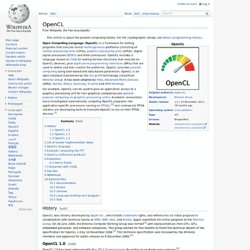 OpenCL includes a language (based on C99 ) for writing kernels (functions that execute on OpenCL devices), plus application programming interfaces (APIs) that are used to define and then control the platforms. OpenCL provides parallel computing using task-based and data-based parallelism. OpenCL is an open standard maintained by the non-profit technology consortium Khronos Group . It has been adopted by Intel , Advanced Micro Devices (AMD), Nvidia , Altera , Samsung , Vivante and ARM Holdings . For example, OpenCL can be used to give an application access to a graphics processing unit for non-graphical computing (see general-purpose computing on graphics processing units ). History [ edit ] OpenCL 1.0 [ edit ] OpenCL 1.1 [ edit ] Java :

Tools. Event loop. When the event loop forms the central control flow construct of a program, as it often does, it may be termed the main loop or main event loop. 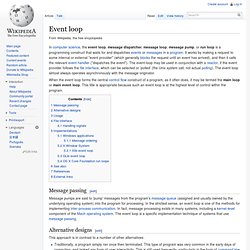 This title is appropriate because such an event loop is at the highest level of control within the program. Message passing[edit] Alternative designs[edit] This approach is in contrast to a number of other alternatives: Traditionally, a program simply ran once then terminated. Usage[edit] function main initialize() while message ! File interface[edit] For example, consider a program that reads from a continuously updated file and displays its contents in the X Window System, which communicates with clients over a socket (either Unix domain or Berkeley): main(): file_fd = open ("logfile") x_fd = open_display () construct_interface () while changed_fds = select ({file_fd, x_fd}): if file_fd in changed_fds: data = read_from (file_fd) append_to_display (data) send_repaint_message () if x_fd in changed_fds: process_x_messages ()