Education Week. Every Monday Matters: "Are You Really Going to Read Them Again?"  Facts: 61% of low-income families have no books in their homes. 43% of adults with the lowest level of literacy proficiency live in poverty. 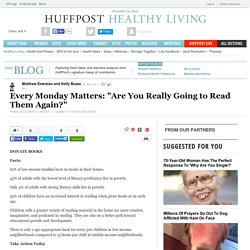 Only 4% of adults with strong literacy skills live in poverty. 55% of children have an increased interest in reading when given books at an early age. Children with a greater variety of reading material in the home are more creative, imaginative, and proficient in reading. There is only 1 age-appropriate book for every 300 children in low-income neighborhoods compared to 13 books per child in middle-income neighborhoods. Take Action Today. What Does the Next-Generation School Library Look Like? At a time when public libraries are starting to offer everything from community gardening plots to opportunities to check out humans for conversations, some school libraries are similarly re-evaluating their roles and expanding their offerings. 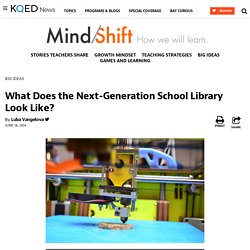 Case in point: Monticello High School in Charlottesville, Virginia. When librarian Joan Ackroyd arrived there four years ago, she found an environment very different from the “engaging, creative, fun” elementary and middle school libraries to which she was accustomed. “Its library was none of those things,” she recalls. “It was a traditional, quiet research space.” Education Week. Don't call trans people 'brave' – we're just trying to live in a prejudiced society. I was walking in through the main doors to work when someone else, one of those people you know because you see them around the building where you work but have never actually met, came up from behind me to hold the door. 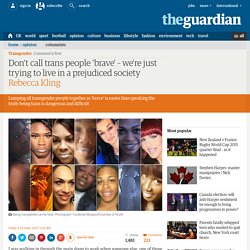 “You’re so brave,” she said. “Excuse me?” 44%20guide%207%20fostering%20school%20family%20and%20community%20involvement.pdf. 2013 National School Climate Survey. Come Hell or High Water: The Battle for Turkey Creek. Descendants of emancipated slaves who settled on the Mississippi Gulf Coast, the residents of Turkey Creek have been stewards of the creek's rich wetland habitat for generations. 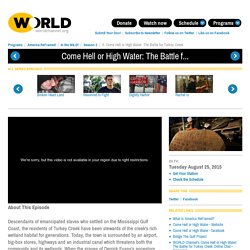 Today, the town is surrounded by an airport, big-box stores, highways and an industrial canal which threatens both the community and its wetlands. When the graves of Derrick Evans's ancestors are bulldozed for the sprawling city of Gulfport, the Boston teacher returns home to stand up to powerful corporate interests and politicians alongside his neighbors over the course of a decade. Come Hell or High Water: The Battle for Turkey Creek follows Derrick's painful but inspiring journey. In 2001, Derrick travels to Mississippi with filmmaker Leah Mahan to record oral history but a visit to the community cemetery changes the course of his life.

Derrick takes the fight to Congress and across the country, advocating for a sustainable future for the Gulf Coast. El_197812_hosford.pdf. Educational Leadership:Promoting Respectful Schools:Creating a Climate of Respect. In contrast, this is what the absence of respect can sound like: They don't care what I think. 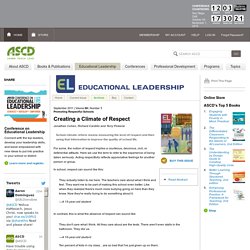 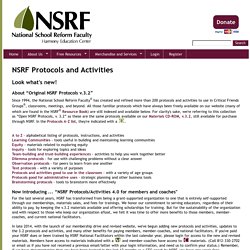 Notes to Self - Annie Gersztoff. The Marshall Memo - Publications. Science Supercourse - PowerPoint Presentations for Each Chapter of SuperVision and Instructional Leadership: A Developmental Approach (8th Edition) Carl D. Glickman Stephen P. Gordon Jovita M. Ross-Gordon. North Colonie Central School District Income and Careers - USA.com™ As of 2008-2012, the per capita income of North Colonie Central School District is $38,088, which is higher than the state average of $32,104 and is higher than the national average of $28,051. 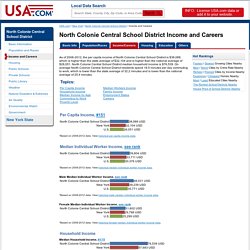 North Colonie Central School District median household income is $76,539. On average North Colonie Central School District residents spend 18.5 minutes per day commuting to work, which is lower than the state average of 32.2 minutes and is lower than the national average of 25.4 minutes. Per Capita Income, #151 *Based on 2008-2012 data. View historical per capita income data. Education Demographic and Geographic Estimates (EDGE) Journal of Social Policy - Fulltext - Stereotyped at Seven? Biases in Teacher Judgement of Pupils’ Ability and Attainment - Cambridge Journals Online.

Making Education as Machine-readable as Digital Data. Data have long been used to manage education. 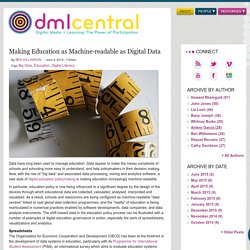 Data appear to make the messy complexity of schools and schooling more easy to understand, and help policymakers in their decision making. Now, with the rise of "big data" and associated data processing, mining and analytics software, a new style of digital education policymaking is making education increasingly machine-readable. In particular, education policy is now being influenced to a significant degree by the design of the devices through which educational data are collected, calculated, analysed, interpreted and visualized. As a result, schools and classrooms are being configured as machine-readable "data centres" linked to vast global data collection programmes, and the "reality" of education is being rearticulated in numerical practices enabled by software developments, data companies, and data analysis instruments.