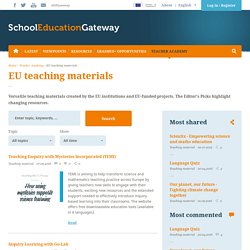 The Editor's Picks highlight changing resources. Teaching Enquiry with Mysteries Incorporated (TEMI) Teaching material07.09.201600 TEMI is aiming to help transform science and mathematics teaching practice across Europe by giving teachers new skills to engage with their students, exciting new resources and the extended support needed to effectively introduce inquiry based learning into their classrooms. The website offers free downloadable education tools (available in 8 languages). Language Quiz. About this Language Quiz Think you know a thing or two about languages? 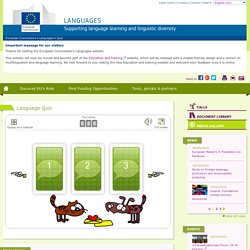 Test your knowledge with our European languages Language Quiz. News Detail - e-Skills. New research shows that technology companies must relate to girls better if they want to increase the number of women choosing a career in the sector. 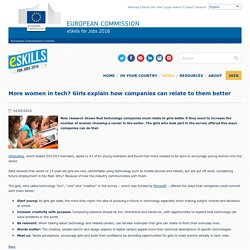 The girls who took part in the survey offered five ways companies can do that. Girlguiding, which boasts 554,053 members, spoke to 43 of its young members and found that more needed to be done to encourage young women into the sector. Data showed that seven to 14-year-old girls are very comfortable using technology such as mobile phones and tablets, but are put off when considering future employment in the field. Why? How much screen time should children have? Parents are worried. 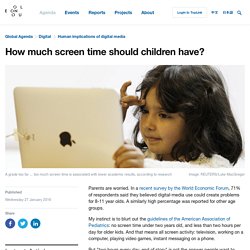 In a recent survey by the World Economic Forum, 71% of respondents said they believed digital-media use could create problems for 8-11 year olds. A similarly high percentage was reported for other age groups. My instinct is to blurt out the guidelines of the American Association of Pediatrics: no screen time under two years old, and less than two hours per day for older kids. And that means all screen activity: television, working on a computer, playing video games, instant messaging on a phone. Materiales pedagógicos de la U.E. Materiales didácticos para múltiples usos creados por instituciones de la Unión Europea y proyectos financiados por la misma. 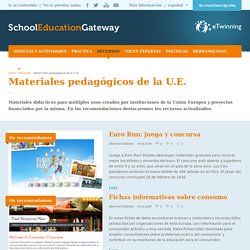 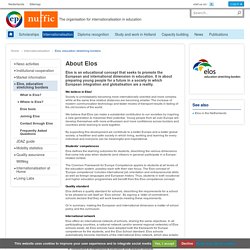 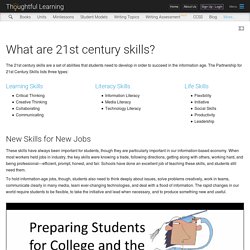 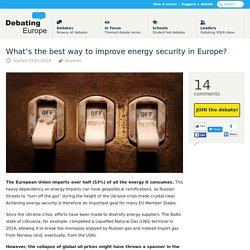 This heavy dependency on energy imports can have geopolitical ramifications, as Russian threats to “turn off the gas” during the height of the Ukraine crisis made crystal clear. Achieving energy security is therefore an important goal for many EU Member States. Since the Ukraine crisis, efforts have been made to diversify energy suppliers. 21 December 2015. News Detail - e-Skills. With digital technologies being the main engine for growth, demand for ICT skilled workers is growing every year. 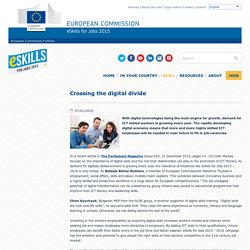 The rapidly developing digital economy means that more and more highly skilled ICT employees will be needed in near future to fill in job vacancies. In a recent article in The Parliament Magazine (issue 425, 21 December 2015, pages 14 -15) Colin Mackay focuses on the importance of digital skills and the role that stakeholders can play in the promotion of ICT literacy. Publications:The Structure of the European Education Systems 2015/16: Schematic Diagrams. Date of publication: 23 November 2015 Full version: EN This report provides an overview of the structure of education systems in Europe for 2015/16. 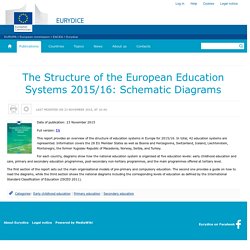 In total, 42 education systems are represented. Information covers the 28 EU Member States as well as Bosnia and Herzegovina, Switzerland, Iceland, Liechtenstein, Montenegro, the former Yugoslav Republic of Macedonia, Norway, Serbia, and Turkey. For each country, diagrams show how the national education system is organised at five education levels: early childhood education and care, primary and secondary education programmes, post-secondary non-tertiary programmes, and the main programmes offered at tertiary level. The first section of the report sets out the main organisational models of pre-primary and compulsory education. Are Europe's education systems 'fit for purpose'? — Debating Europe. Are Europe’s schools and universities churning out graduates with useless degrees?

Despite the struggling EU economy, fewer and fewer Europeans are studying so-called ‘hard’ subjects like science, engineering and maths. Since 2006, the number of ICT and STEM (Science, Technology, Engineering, and Maths) graduates in Europe has plunged by almost 10%! In the workforce today, only half of Europeans are deemed to be ‘digitally skilled’. And yet, over 90% of jobs today require these digital skills. How would you help young graduates find jobs? — Debating Europe.

What's the best way to teach science? — Debating Europe. Despite the greater job prospects, the number of students studying science subjects is not increasing at the European level.