Looking into Laziness. Rather than feeling discouraged by laziness, we could get to know laziness profoundly. 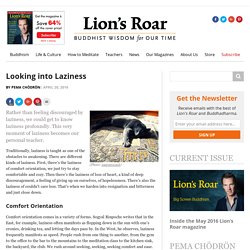 This very moment of laziness becomes our personal teacher. Traditionally, laziness is taught as one of the obstacles to awakening. There are different kinds of laziness. Writer, Storyweaver, Psychologist. About Home for Evolving Mystics — Bruce Sanguin's Blog on Evolutionary Christianity. Home for Evolving Mystics is an on-line learning site dedicated to resourcing and inspiring you on your evolving soul-path. 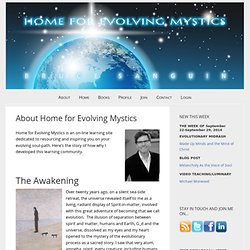 Here’s the story of how why I developed this learning community. The Awakening Over twenty years ago, on a silent sea-side retreat, the universe revealed itself to me as a living, radiant display of Spirit-in-matter, involved with this great adventure of becoming that we call evolution. Hecate, Greek Goddess of The Crossroads.

Hecate, Greek goddess of the three paths, guardian of the household, protector of everything newly born, and the goddess of witchcraft -- once a widely revered and influential goddess, the reputation of Hecate has been tarnished over the centuries. 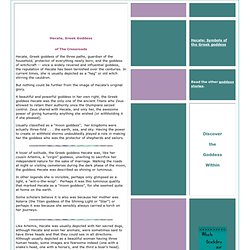 In current times, she is usually depicted as a "hag" or old witch stirring the cauldron. But nothing could be further from the image of Hecate's original glory. MBSR BC : : About MBSR. Singing Over the Bones. Spiritual Ecologies and New Cosmologies Convergence 2014. Photo by Florian Breuer Monday Sept. 22: Beginnings: Musqueam welcome; Beginnings Storytelling Circle with a diverse panel from religious and scientific backgrounds; discussion of the role of myth in society; welcome dinner. 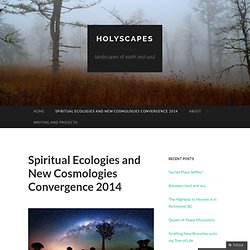 UBC First Nations Long House. 4:00 – 8:00 pm.Tuesday Sept. 23: Cosmologies: Screening the film ‘Journey of the Universe’ with Skype Introduction by the film’s producer Mary Evelyn Tucker , a response by Bruce Sanguin and discussion; Cosmos Walking Meditation in the Courtyard presented by the Earth Literacies Project; Fall Equinox Celebration; Artist Chuck Rounds will then discuss spiritual ecology, art and shamanism for the Convergence Art Exhibit Opening. UBC Liu Institute for Global Issues. 4:00 – 8:00 pm.Wednesday Sept. 24: Ecologies: Two session with over ten speakers that will share a range of experience on spirituality and ecology with an emphasis on diversity and practice. Including Chris Dierkes and Nikki Van Schyndel. That’s where YOU come in! Framing. Best spots for sky-gazing at night. Warm summer nights are meant for lying under the stars and watching celestial phenomena like meteor showers and moonrises. 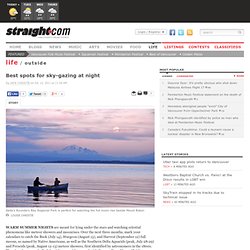 Over the next three months, mark your calendars to catch the Buck (July 14), Sturgeon (August 13), and Harvest (September 12) full moons, so named by Native Americans, as well as the Southern Delta Aquarids (peak, July 28-29) and Perseids (peak, August 12-13) meteor showers, first identified by astronomers in the 1800s. There’s only one catch: find the right spot with a superb sightline unaffected by artificial illumination. Here are four such places best suited to sky-gazing at night. An evening or two before the full moon, Boundary Bay Regional Park in Delta is the place to head. Pick a spot among the driftwood on the park’s Centennial Beach, spread out a picnic supper, go for a swim in the bay’s warm water, paddle a canoe or kayak on the cresting tide, and then settle in to watch as the waxing moon peeks out from behind Mount Baker.

Celtic Tree Calendar. Academy of Achievement Main Menu. The Dark Mountain Project. Canadian Learning Centre, Cortes Island Accommodation. Sacred Circle of the Great Mystery Shamanic Society. The purpose of these conferences and gatherings is to bring together the Shamanic community & family of all traditions, and to invite the clans, tribes, and families of other countries to come together as one community. 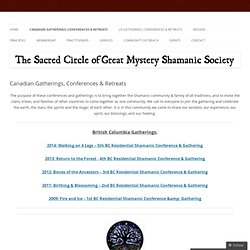 We call to everyone to join the gathering and celebrate the earth, the stars, the spirits and the magic of each other. It is in this community we come to share our wisdom, our experience, our spirit, our blessings, and our healing. British Columbia Gatherings: 2014: Walking on 4 Legs – 5th BC Residential Shamanic Conference & Gathering 2013: Return to the Forest - 4th BC Residential Shamanic Conference & Gathering.

Women's Red Drum workshop – Red Moon Designs. “The tree birthed the drum so that we and spirit could speak with common tongue.” 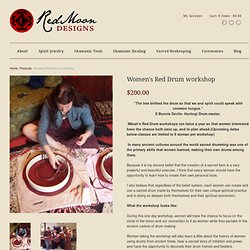 E Bonnie Devlin- Huntogi Drum master. NIkiah's Red Drum workshops run twice a year so that women interested have the chance both save up, and to plan ahead. {Upcoming dates below-classes are limited to 6 woman per workshop} In many ancient cultures around the world sacred drumming was one of the primary skills that women learned, making their own drums among them. Because it is my sincere belief that the creation of a sacred item is a very powerful and beautiful exercise, I think that every woman should have the opportunity to learn how to create their own personal tools.

I also believe that regardless of the belief system, each women can create and use a sacred drum made by themselves for their own unique spiritual practice and in doing so deepen both themselves and their spiritual connection. Shamanism: Scandinavian Center for Shamanic Studies. "Tarot helps you meet whatever comes in the best possible way.".