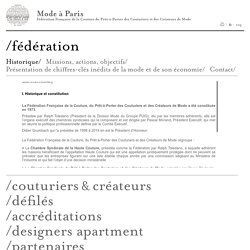 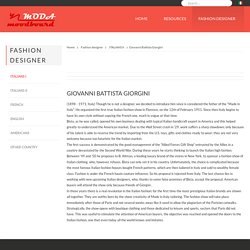 He organized the first true Italian fashion show in Florence, on the 12th of February 1951. Since then Italy begins to have its own style without copying the French one, much in vogue at that time.Bista, as he was called, opened his own business dealing with typical Italian handicraft export in America and this helped greatly to understand the American market. Does ‘Made in’ matter? Artisan - definition of artisan in English. Pronunciation: /ˈɑːtɪzan//ɑːtɪˈzan/ noun 1A worker in a skilled trade, especially one that involves making things by hand. 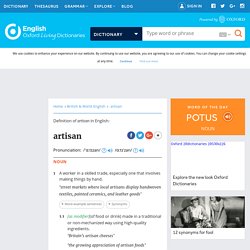 ‘street markets where local artisans display handwoven textiles, painted ceramics, and leather goods’ ‘This gorgeously restored building is also home to an assortment of local artisans and antique dealers.’ Behind The Scenes Chanel Couture In Detail Video Pictures. When Chanel brought its couture collection to London for the first time in the fashion house's history last month, we delved beneath the mille-feuille of tulle to find out exactly what is required to create a couture collection of dreams. 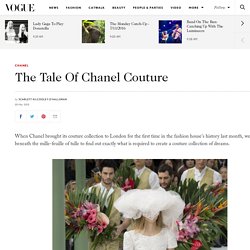 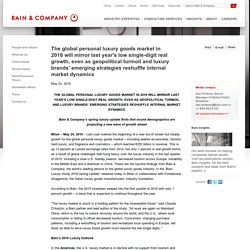 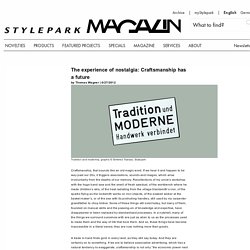 Future of Craftsmanship. Viva l'artigiano (long live the artisan): A Brief History of Artisans. Aside from an abundance of knowledge, the trade of the herbalist involves a lot of handwork, from the cultivation of the soil to grow herbs, the gathering of wild plants, the drying and preservation of plants, to mixing herb blends and making herbal extracts and salves or other herbal products. 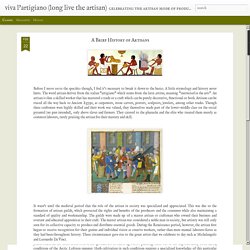 With all this in mind, I think it is safe to say that the herbalist fits into the common definition of the artisan "a worker in a skilled trade, especially one that involves handwork". I can personally vouch for this assumption based on my own experience working as an apprentice at Judith's Herb Garden (Judith's Urtehage) on the Lofoten Isles of Norway.

The Rich Don't Drive the Luxury Sector. LONDON, United Kingdom — If luxury spending was indeed driven by the rich, the luxury industry would be a niche sector serving a fortunate few, rather than a dynamic, global business selling to a consumer market measured in millions. 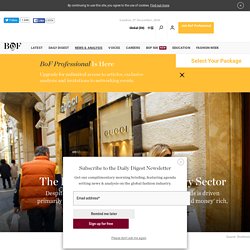 During the past 50 years, a wave of luxury goods consumption has swept across key geographies in the world, moving from Europe to the USA in the 1970s, then Japan in the 1980s, Russia in the 1990s and, in the last 15 years, spreading across Greater China. In each case, the underlying mechanism that has fueled demand for luxury goods has been the same: the emergence of newly created wealth. 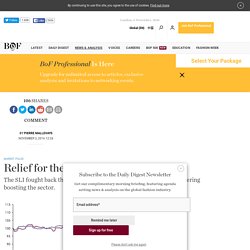 Strong results by the big groups’ mega brands were behind much of this increase, bringing much needed relief to the sector, as was some yet-to-be-substantiated bid speculation. Big news LVMH and Kering reported very good quarterly results this month, driving the sector up. Burberry and The New Craftsmen launch fashion and craft pop-up, Makers House. Makers House: a fashion and craft pop-up from Burberry and The Ne. Makers House is located in Soho in the former home of Foyle’s bookstore. 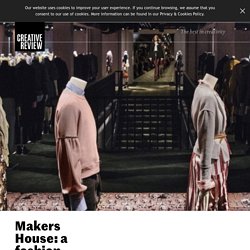 (The building is now facing demolition to make way for luxury flats). For one week, Burberry has transformed the venue into a cafe, showroom and events space to celebrate the launch of its new collection – the first to be made available to consumers immediately after its debut on the runway. Burberry creative chief Christopher Bailey says the collection was heavily inspired by Virginia Woolf’s novel Orlando – text in which the protagonist’s gender changes midway through. He was also inspired by the work of Nancy Lancaster, an interior designer best known for running decorating firm Colefax and Fowler and restoring stately home Ditchley Park in the 1930s. Many of the pieces in the collection are unisex and reference Lancaster’s love of rich colours and floral patterns. The event marks the first time that Burberry has released its collection during Fashion Week. Makers House is open from 21 to 27 September. Makers House. Group. Positive Luxury.

Positive Luxury showcase luxury lifestyle brands who take pride in their craftsmanship, service and design whilst caring for their employees and suppliers working hard to protect our planet's people and resources. We award The Butterfly Mark - a trust symbol synonymous with companies that care. Look out for this mark to recognise Positive brands helping you make better informed buying decisions. Watch Hermes Clutch How Its Made Celebrate New Bond Street Store. Meet the makers: inside Chanel's couture workshop in Paris. Lesage, Lemarié, Goossens, Massaro, Lognon. Heard of any of these names? Probably not. Chanel’s Métier d'Art workshops see a new generation embracing artisan skills. A feather-coated Chanel Haute Couture spring 2014 outfit by Maison Lemarié lejournalflou.com In the orgy of opulence that was the Eighties, I remember so clearly my visit to the workshop of François Lesage.

In the small, dark rooms, where buttons and threads were lined up in empty jam-jars on a worn wooden shelf, the world’s most famous embroiderer would pull open drawers, grab a square of cloth and announce triumphantly, “Schiaparelli!”. In the airy Pantin workrooms Then there was Andre Lemarié, who would treat the feathers all around his warren of rooms not as if we were backstage at the Folies Bergère, but as if each plume were a priceless jewel. Definition, meaning & more. The meaning of Luxury. This article aims at defining luxury through a particular brand; in this case Alexander McQueen. Luxury encloses fashion brands, prestigious hotels, cars, airline services, fine dining restaurants among other things. Although luxury is relative and can mean something different across different societies and cultures, in this case luxury is related to a fashion brand and it makes the definition more specific.

What is Luxury? Imaxtree Advertisement - Continue Reading Below What is luxury? What is the meaning of luxury? When you go to fashion shows like the ones which took place yesterday, to see two big names, Dior and Lanvin, you stop and think about what luxury is. What is luxury? Quality and not price? Inside Paraffection: Lesage, est 1924.

Inside Paraffection: Lognon, Pleater est 1945. Global Consumer & Industrial Products. Deloitte Touche Tohmatsu Limited is pleased to present the third annual Global Powers of Luxury Goods. The report examines and lists the 100 largest luxury goods companies globally, based on publicly available data for consolidated sales of luxury goods in financial year 2014 (which we define as financial years ending within the 12 months to 30 June 2015). It also provides an outlook on the global economy; an analysis of merger and acquisition activity in the industry and discusses the key forces shaping the luxury market. The world’s 100 largest luxury goods companies generated sales of $222 billion in financial year 2014, 3.6 percent higher year-on-year.

Richemont, whose brands include Cartier and Montblanc, said it was expecting a 45% plunge in first-half profits as sales of watches and jewellery dwindle. Hermès said it was abandoning its annual sales growth target because the broad economic backdrop was so uncertain. Film review on fashion film Dior And I. GoRunway There was a moment before Raf Simons' debut for Dior (a couture collection no less) that it all got too much.

The designer stepped outside the catwalk space (as it busily filled with people and anticipation) and could no longer hold back the tears. It's all too easy to think that a fashion show and the clothes just happen when it comes to Fashion Week. Ghadai by the Kutch potters at Hermes, Mumbai « Rekha Goyal. The Ghadai Exhibition at Hermes, Mumbai « Rekha Goyal. Images from the Ghadai show at the Hermes store, Mumbai February 2015. Design, Organization, Training Center. How can traditional craftsmanship survive in the modern world? From Luxury to Craft: Climbing the ‘Discernment Curve’ Bolster Craft with Better Labelling and Young Blood. Machines Create New Opportunities for Craftsmanship.