Fitzke Bugbite Modern Classic Race Boat. Kevin Fitzke the boatbuilder has gone from Bootlegger to Bugbite, and despite the latter sounding smaller and less grand than the former, the opposite is true. 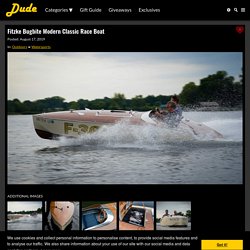 A couple years ago we saw the Fitzke Bootlegger Paddleboard, a stunning SUP designed after prohibition-era airplanes and wood boats from the 20s. This year, Fitzke is adding a motor and a zippy spirit to his water farer, debuting his hand built Bugbite Modern Classic Race Boat. Bugbite is a 17' single step boat crafted to the 1935 design of A.A.Apel, but fitted with modern advancements in adhesives, cold-molding, two part urethane paints/primers, and two part urethane varnishes. Its frame components and planking are marine-grade mahogany and white oak, with structural fasteners of silicon bronze and chrome plated brass. This is probably the one Bugbite I be glad to have on my ass all summer long. Ode to the Tardigrade: The Best Water Bear Merch. A whole curated collection of tardigrade clothing, gear, and random desktop accessories! 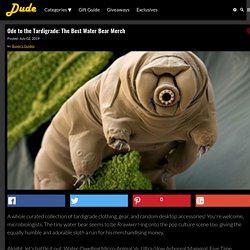 You're welcome, microbiologists. The tiny water bear seems to be Rrawwrr! Robotic bartender manages 158 bottles, crafts cocktails and doesn't interrupt stories. Elon musk debuts flamethrower before quickly selling $3.5 million worth. Thisiswhyimbroke. The umbrella drone is a hands free protection alternative come rain or shine. Thisiswhyimbroke. Barbie ride-on toy car modded with real engine goes 70 mph. Thisiswhyimbroke. Other Activities -> Tank Battles - Harrogate Paintball Centre. As seen on the Gadget Show and Top Gear, our mini-tanks are a scaled-down version of the real thing, with a paintball gun for good measure: if you've ever played World of Tanks on your computer you can now do it for real! 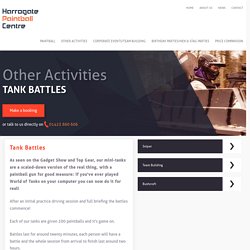 After an initial practice driving session and full briefing the battles commence! Each of our tanks are given 200 paintballs and it's game on. Battles last for around twenty minutes, each person will have a battle and the whole session from arrival to finish last around two hours. This motorised activity is completely different from typical driving experiences, with our experienced instructors giving full driver briefing to ensure customers get the most out of their session. Harrogate Paintball Centre is the only venue in the country offering customers the opportunity to battle against their mates in their own one-man tank on our purpose-built tank battleground. High Design: 15 Luxury Products for More Glamorous Cannabis Consumption. Thisiswhyimbroke. Wait, there's a MINI Twisty Glass Blunt? / Boing Boing. Yes, yes there is. 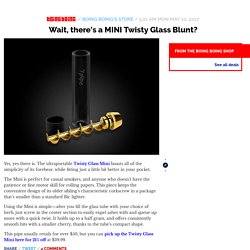 The ultraportable Twisty Glass Mini boasts all of the simplicity of its forebear, while fitting just a little bit better in your pocket. Wanted to say high (6 cards) / Dope Cards. Cannabis Grow System. Helicopter Hotel Room. Star Wars Immersive Hotel. Rage Rooms: Hourly Russian Service Lets You Vent Aggression. Has life in the modern world given you a simmering sense of resentment, anxiety and anger you wish you could unleash upon some highly breakable objects?

Maybe you’re fuming over your job and fantasize about smashing a copy machine, Office Space-style, or maybe you’d like to give a certain public institution a piece of your mind. In Russia, you can pay by the hour to take out these aggressions on the environment of your choice – safely, legally and as violently as you like. For a fee ranging from $150 to $450 depending on the complexity, ’Rage Rooms’ by Debosh can be customized to your liking.

They’ll design your personalized smashable room to resemble your workplace, apartment or any other space you prefer, or you can bring your own breakables and clean up after yourself for a mere $50. Prices also vary by ‘difficulty level,’ depending on whether you want to smash some dishes and televisions or rent out a larger space with a group of friends, with more to destroy. Disney princess lingerie sets introduced / Boing Boing. Yandy introduced a new line of Disney princess-inspired lingerie sets. 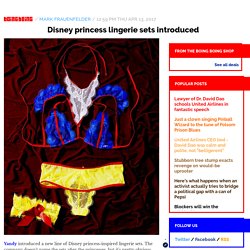 The company doesn't name the sets after the princesses, but it's pretty obvious who's who. Will Disney let this stand? Electric Stun Gun Ring. A Dream Came True: Home Made Full Auto Crossbow! This cannabis cigar contains 12 grams of weed and costs $420 / Boing Boing. A weed store in Seattle called Leira makes pricey cannabis cigars. 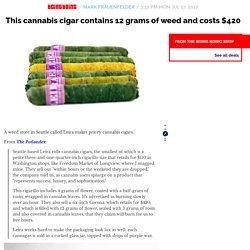 From The Potlander: Cannabis bouquet delivery service / Boing Boing. Here's how to get certified as an Amazon Web Services administrator Managing servers is complex and expensive—that’s why countless businesses have switched to Amazon Web Services over in-house infrastructure. 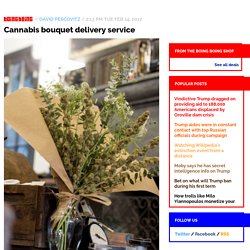 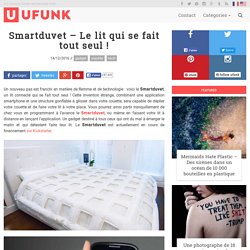 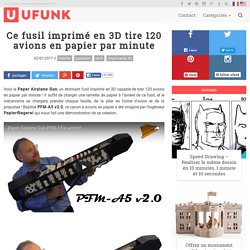 The strict criteria means only 650 licenses were granted this year. Other motorized vehicles are largely banned, and most of the tens of thousands of attendees must travel by foot or bike. X15 Flamethrower. People typically use flamethrowers to clear brush and weeds. And just like that, for the first time in my life I cannot think of anything I'd rather do today than go clear me some brush and weeds. In addition to disintegrating encroaching dead flora to ash, the backpack o' fire that is Quinn Whitehead and his company ThrowFlame.com's X15 Flamethrower will also serve as a sick movie prop and, more importantly, the contest-winning final touch to your Drogon costume this Halloween. Check one out in slo-mo here. X15s come in right- and left-handed models, and in your choice of 6 colors. The package includes the flame-spewing gun, tank, and backpack (45 pounds total) plus 3 interchangeable wand tips that adjust the range and efficiency of your detonations. For both performance and safety, ThrowFlame.com has built the X15 Flamethrower system with a 4000 psi rating, or roughly 4 times the standard operating pressure of less than 1000 psi.

" I think the point is: the x2 Sport Underwater Jetpack has tons of swell uses! XM42 Handheld Flamethrower. The 18-Rotor Volocopter Is Like a Flying Car, But Better. Picture a quadcopter drone, with the ability to take off and land vertically, hover, and fly autonomously in any direction. Now picture that drone with two seats, 18 rotors, and a joystick, ready to carry you and a friend anywhere you want to go.

That’s the Volocopter, now in development in Germany by e-Volo. The prototype flew for the first time, remotely piloted, in 2013, and now the team is working toward the first manned flight, sometime in the next few months. The Volocopter has the potential to bring together many features we expect in a true flying car of the future: It’s simple to fly. Seawolf GoPro Submarine. Handgun looks like a smartphone / Boing Boing. The Ideal Conceal is a double barreled .380 that folds up into a small package that resembles a smartphone.

The manufacturer says it will be available this summer for $400. From the Firearm Blog: The two dominant conversations surrounding Ideal Conceal are pretty polar opposite: glowingly optimistic or severely pessimistic. Some people view Ideal Conceal for its curb appeal of convenient to deploy, easy to conceal, and its level of comfort or basically not requiring a holster. 19 Gifts Only Science Geeks Will Fully Appreciate. Pxlbyte: Nintendo Necklaces and... Legend Of Zelda Hylian Shield. While looking for typical Engagement Ring photos on Google, I stumbled upon this... thing! 27 Incredible Airbnb Locations In Europe. Sushi Transformers. Behold the Sushi Squadron Shirada, an army of raw fish and rice bound by seaweed and mayonnaise. Or is it?