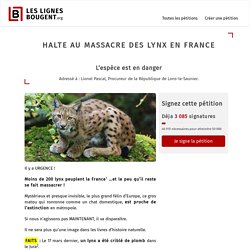 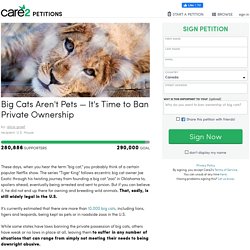 The series "Tiger King" follows eccentric big cat owner Joe Exotic through his twisting journey from founding a big cat "zoo" in Oklahoma to, spoilers ahead, eventually being arrested and sent to prsion. But if you can believe it, he did not end up there for owning and breeding wild animals. That, sadly, is still widely legal in the U.S. It's currently estimated that there are more than 10,000 big cats, including lions, tigers and leopards, being kept as pets or in roadside zoos in the U.S. While some states have laws banning the private possession of big cats, others have weak or no laws in place at all, leaving them to suffer in any number of situations that can range from simply not meeting their needs to being downright abusive. While the situations they may be kept in vary, none are appropriate for these apex predators. Now, Congress has an opportunity to change that. Préservation de la panthère de Floride et du jaguar. Bonjour, 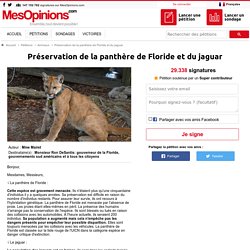 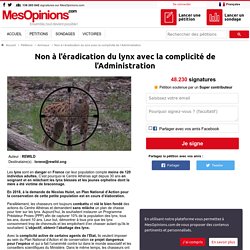 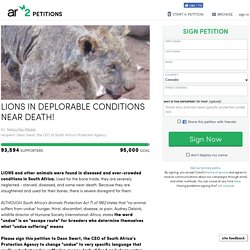 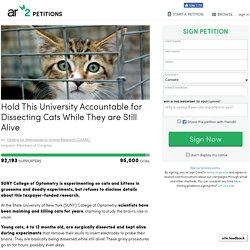 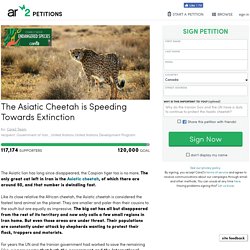 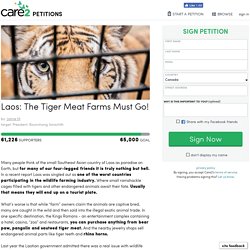 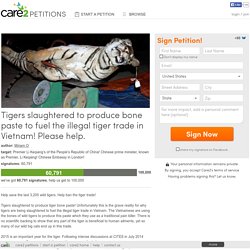 Which Big Cat Are You?! - Wildlife Conservation Society. Protect the Southwest's Jaguar Habitat. Saving Mongolia's Snow Leopards. NOTE: This is a guest post from Brad Rutherford, the Executive Director of the Snow Leopard Trust since 2000. 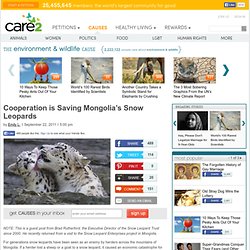 He recently returned from a visit to the Snow Leopard Enterprises project in Mongolia. For generations snow leopards have been seen as an enemy by herders across the mountains of Mongolia. If a herder lost a sheep or a goat to a snow leopard, it caused an economic catastrophe for the family that reinforced a cycle of conflict between humans and this endangered big cat. This system made protecting snow leopards very difficult in the remote parts of Central Asia where snow leopards are found. However, this all started to change in 1998 when two researchers sat down with herders and really tried to understand the challenges facing these rural families who share the land with snow leopards. But the idea really took off. Each fall, Snow Leopard Trust staff place an order for thousands of products to be made by the herders. Please help us to save the life of Leopard cats (Joho) in Miaoli, Taiwan.

Mrs. Alison Waldron, United Kingdom Apr 29, 12:26 They are part of your world as you know it today, when they're gone you will not get them back send a green star. Why Snow Leopards Need Help. NOTE: This is a guest post from Brad Rutherford. He has been the executive director of the Snow Leopard Trust since 2000 and recently returned from a visit to the Snow Leopard Enterprises project in Mongolia. This blog post is in response to the comments left by the public following his September 22nd post. Video - Le léopard des neiges sous la menace du changement climatique. Une étude du WWF montre que le changement climatique menace directement le léopard des neiges au Népal. 1 million to ban the lion trade. 593,075 have signed. Help us get to 1,500,000 Update: 31 October 2013 Amazing win! A South African court just ruled that the government violated our right to free speech when they tore down ads calling for the protection of South Africa’s lions -- and we’re all over the news.

Let’s use this momentum to get our petition to 1 million and save the lions. Update: 7 February 2013 The South African airport authority (ACSA) refused to put our ads back up and, since their censorship violates our free speech rights under the South African constitution, we've taken them to court! Hundreds of South African lions are being slaughtered to make bogus sex potions for men. A global ban on tiger bone sales has traders hunting a new prize -- the majestic lions. If we can show President Zuma that this brutal trade is hurting South Africa's image as a tourist destination, he could ban the trade in lion bones. Un million de signatures pour interdire le business du lion. India acts to save Asiatic lion by moving it – but hard work has only just begun. Male and female Asiatic lions drink water in Gir Forest National Park, the threatened species' current habitat. Photograph: Nisarg Lakhmani/Corbis Wildlife is under threat in most of India, but there's one state that's clinging to its fauna, if rather too tightly.