David Bowie's must-read books revealed. As a new version of the exhibition David Bowie Is opens this week at the Art Gallery of Ontario, curators have revealed a list of his top 100 must-read books, giving a fascinating insight into the mind of the influential musician and style icon. 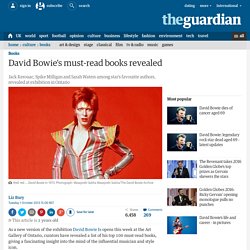 Forgotten songs and memories: Scottish folklore is o... Travellerspoint Mobile Site. Top 10 TED Talks That Could Change Your Life. 17 Beautiful Quotes From Novels In 2015 That'll Make You Wanna Curl Up With A Book. A Beginner's Guide to Drinking Better Oolong Tea. [Photographs: Vicky Wasik, unless otherwise noted] Imagine if you went to a bar and the only beers on the menu were the lightest, most crisp pilsners and darkest, most molassesy porters. 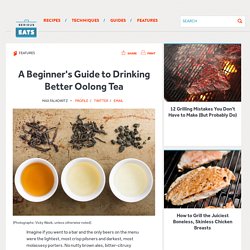 33 Websites That Will Make You a Genius. The web is increasingly becoming a powerful resource that can easily help you learn something new everyday. 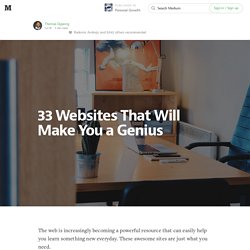 WIRED's security special: do not click here. Hours after January's murderous assault on Charlie Hebdo's office -- and on free speech itself -- Andrew Parker, director general of MI5, warned that intelligence agencies risked losing their ability to monitor "the dark places from where those who wish us harm can plot and plan". 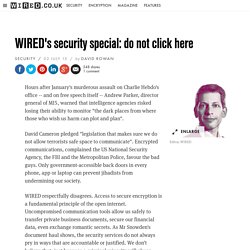 David Cameron pledged "legislation that makes sure we do not allow terrorists safe space to communicate". Encrypted communications, complained the US National Security Agency, the FBI and the Metropolitan Police, favour the bad guys. Only government-accessible back doors in every phone, app or laptop can prevent jihadists from undermining our society. WIRED respectfully disagrees. Access to secure encryption is a fundamental principle of the open internet. Taking Care of Your Finances Doesn't Have to Take Over Your Life. Actor Wil Wheaton Talks About His Anxiety Disorder to Assure Teens With Mental Illnesses That They Aren’t Alone. The Winners Of The 2015 Locus Awards Have Been Announced!  7 Cool Books That Bill Gates Loves. A few hours ago, Bill Gates blogged his suggestions for summer reading. 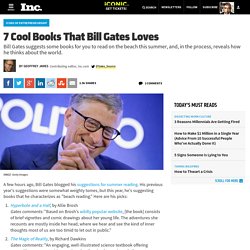 12 Books Steve Jobs Wanted You to Read. Toward the end of his life, Steve Jobs was open to the idea of an afterlife. Not long after his untimely death, a Buddhist sect claimed that Jobs had been reincarnated as a "celestial warrior-philosopher living in a mystical glass palace hovering above his old office. " If that's true, perhaps in the moments that's he's not screaming "No! No! No! " to the awkward way Tim Cook has launched the iWatch, Jobs is wondering why more people aren't reading the books he loves (or loved, as the case may be). What strikes me most about Jobs's list is that, unlike Bill Gates's list, almost all the books are about a single individual overcoming enormous odds and obstacles in order to transform either the world, himself, or both.

10 of the best ways to enjoy Copenhagen … on a budget. See the city from the water As well as the pretty old houses and historic warehouses that line the waterside, many of Copenhagen’s key sites are also best viewed from the canal that runs north-south through the city. 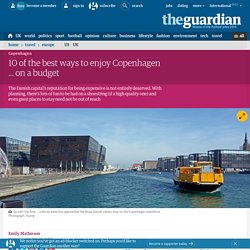 A great way to enjoy a water tour is to avoid the expensive tour operators and jump on one of the local Movia harbour buses. These clunky, chugging yellow barges run roughly every 10-20 minutes, starting at Refshaleøen island and finishing at industrial Teglholmen. Buy a 24-hour ticket for DKK 80 (£7.60) and you can get on and off as many times as you like (price includes land buses, too) or pick up a single for £2.30 (both half-price for kids under 15) and just sit tight and tick off the Black Diamond library, royal buildings and hippy Christianshavn as you float past. Beautiful Cracked Log Lamps Made From Imperfect Salvaged Wood That Can Also Be Used as Furniture. Exquisitely Detailed Wild Animal Masks Handcrafted From Hammered and Welded Steel. Charting the podcast renaissance. Mobile.nytimes. Literature from across the globe plotted using Google Maps. A new Google Maps mashup is giving bookworms a sense of direction when it comes to picking out new reading material. 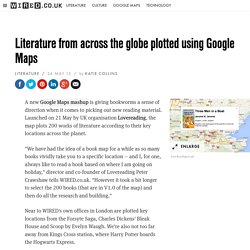 Launched on 21 May by UK organisation Lovereading, the map plots 200 works of literature according to their key locations across the planet. "We have had the idea of a book map for a while as so many books vividly take you to a specific location -- and I, for one, always like to read a book based on where I am going on holiday," director and co-founder of Lovereading Peter Crawshaw tells WIRED.co.uk. Stoicism. Edge.org. Essentialism—what I’ve called "the tyranny of the discontinuous mind"—stems from Plato, with his characteristically Greek geometer’s view of things. 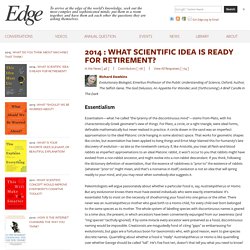 For Plato, a circle, or a right triangle, were ideal forms, definable mathematically but never realised in practice. A circle drawn in the sand was an imperfect approximation to the ideal Platonic circle hanging in some abstract space. That works for geometric shapes like circles, but essentialism has been applied to living things and Ernst Mayr blamed this for humanity’s late discovery of evolution—as late as the nineteenth century.

If, like Aristotle, you treat all flesh-and-blood rabbits as imperfect approximations to an ideal Platonic rabbit, it won’t occur to you that rabbits might have evolved from a non-rabbit ancestor, and might evolve into a non-rabbit descendant.