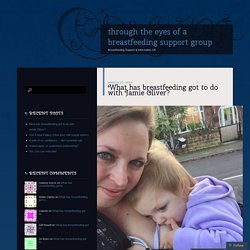 What has breastfeeding got to do with him, you might ask? It seems that’s what everyone is thinking. But why shouldn’t it have something to do with him? Is he not a fellow mammal, human and parent? And one with a keen interest in infant nutrition at that? There are plenty other male celebrities have also showed themselves to be pro-breastfeeding without being the target of hate filled messages and articles. How do we tackle that? Funding for breastfeeding support has been slashed, with many NHS funded support groups closing. Through the eyes of a breastfeeding support group.

Part three of our series, ‘The Subtle Undermining of Breastfeeding’. 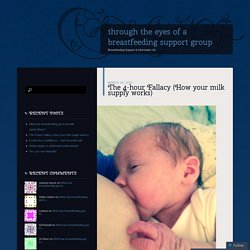 For part two, click here. Humans are not exactly solitary creatures. By nature, we’re pretty much pack animals – evolutionarily speaking, you’d have much more chance fighting off that sabre-toothed tiger with others than by yourself – so we tend to band together. In the modern world, most of us have support networks of family and friends and maybe a partner, and having the reassurance of a team of people who have your back is a source of confidence as you go through life. When times get tough, that support network becomes ever more critical. Through the eyes of a breastfeeding support group. Through the eyes of a breastfeeding support group.

Part two of our series, ‘The Subtle Undermining of Breastfeeding’. 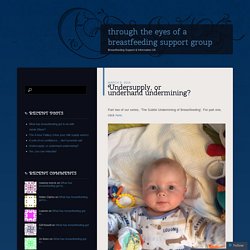 For part one, click here. Does he look like his milk isn’t good enough? I logged onto a Facebook breastfeeding support group the other day and immediately saw a post from a mother who was worried that she didn’t have enough milk for her baby. Her baby was feeding almost constantly and very fussy, her breasts were no longer engorged and had become soft almost overnight, and she was unable to express much milk. Understandably, she was very stressed and was looking for support to get things back on track.

All the evidence shows that the vast majority of women are physiologically able to produce a full milk supply. Through the eyes of a breastfeeding support group. Before you read any further, I think I should clear one thing up from the off about me as a mother – my breastfeeding journey started out the same as many women’s. 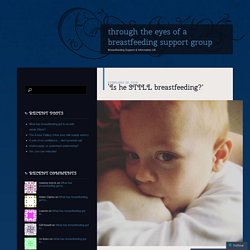 I thought I’d give it a go and see how we got on, but I wouldn’t beat myself up if it didn’t work out. I thought I’d probably feed for a year if all went well, and then I’d be done with it. I’d seen photos of women breastfeeding much older children, and whilst I wasn’t horrified, I didn’t really understand why they’d want to. Weren’t they just trying to keep their children babies for longer?

It’s not like those galumphing toddlers and chatty pre-schoolers really needed breastmilk anymore… Through the eyes of a breastfeeding support group. Every time I see a post asking about returning to work, it transports me back in time. 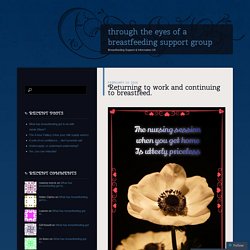 I totally remember how it felt, I was a nervous wreck wondering how she would cope (and how I would cope!) So I wanted to use my story to inform others about their options and reassure mamas everywhere – it can work, it will work. Here’s my handy top 10 facts about returning to work, based around my own experience with informative links where relevant. 1. Through the eyes of a breastfeeding support group. I often see this question come up in Facebook groups: how often should a breastfed baby poo? 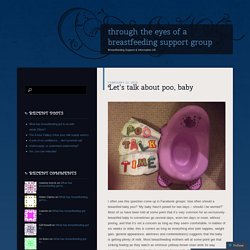 “My baby hasn’t pooed for two days – should I be worried?” Most of us have been told at some point that it’s very common for an exclusively-breastfed baby to sometimes go several days, even ten days or more, without pooing, and that it’s not a concern as long as they seem comfortable. In babies of six weeks or older, this is correct as long as everything else (wet nappies, weight gain, general appearance, alertness and contentedness) suggests that the baby is getting plenty of milk. Most breastfeeding mothers will at some point get that sinking feeling as they watch an ominous yellowy-brown stain work its way across their baby’s vest thanks to several days’ worth of poo building up to a nappy-escaping poonami.

However, there is a misconception that this applies to all exclusively-breastfed babies, regardless of age. By Catherine Holmes Like this: Like Loading... Through the eyes of a breastfeeding support group. I imagine that years ago, one didn’t need any equipment for breastfeeding. 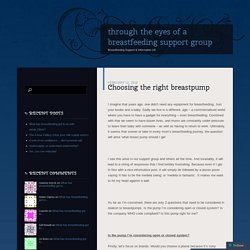 Just your boobs and a baby. Sadly we live in a different, age – a commercialised world where you have to have a gadget for everything – even breastfeeding. Combined with that we seem to have busier lives, and mums are constantly under pressure to leave their baby with someone – as well as having to return to work. Ultimately, it seems that sooner or later in every mum’s breastfeeding journey, the question will arise ‘what breast pump should I get’ I see this arise in our support group and others all the time.

Through the eyes of a breastfeeding support group. It can be a controversial subject, but I strongly feel that every mother, whether breastfeeding or formula feeding, should know how dishonest the infant feeding industry can be and what to look out for to protect herself from being taken advantage of. 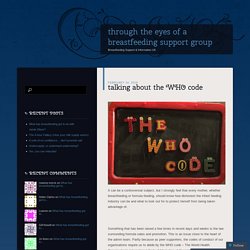 Something that has been raised a few times in recent days and weeks is the law surrounding formula sales and promotion. This is an issue close to the heart of the admin team. Partly because as peer supporters, the codes of conduct of our organisations require us to abide by the WHO code – The World Health Organisation’s International Code of Marketing of Breast Milk Substitutes. But mainly because it really does matter. For the very reasons that the code exists. I often hear people say ‘I wouldn’t by convinced to use formula by an advert’. In very real terms this is about protecting babies and vulnerable new mums. Through the eyes of a breastfeeding support group. As a breastfeeding support group, we regularly get asked about relactation, and the answer is yes, it is entirely possible to relactate! Even adoptive parents can induce lactation so it’s entirely possible for a mum a few months down the line (and further) to relactate.

There are two key things that must be achieved in order to get baby back to directly breastfeeding: 1) the re-establishment of a milk supply and 2) getting baby to latch at the breast. Re-establishing a milk supply: The best thing for this is to have baby suckling at the breast, but if your supply has dwindled to almost nothing and it has been some time since baby directly attached to the breast, this may not be possible immediately. So how else can you get this supply going? Hand expressing may also help, particularly when you are first starting out, as the amounts you initially express are likely to be small, and some mums get better results using this method.