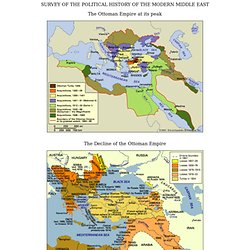 ASSR library. Reasources 2011. WikiLeaks. E-Notes: Understanding the Resilience of Monarchy During the Arab Spring - FPRI. Over a year into the Arab Spring, a curious pattern has come to define the revolutionary wave that has swept the Middle East. 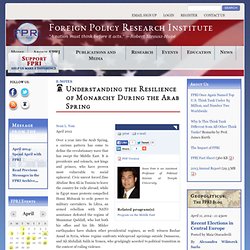 It is presidents and colonels, not kings and princes, who have proven most vulnerable to social upheaval. Civic unrest forced Zine Abidine Ben Ali in Tunisia to leave the country for exile abroad, while in Egypt mass protests compelled Hosni Mubarak to cede power to military caretakers. In Libya, an armed rebellion with NATO assistance defeated the regime of Muammar Qaddafi, who lost both his office and his life. Milder earthquakes have shaken other presidential regimes, as well: witness Bashar Assad in Syria, whose regime confronts widespread uprisings outside Damascus, and Ali Abdullah Salih in Yemen, who grudgingly acceded to political transition in the context of roiling violence. Such outcomes have led many analysts to generalize boldly: in an era of revolutionary turmoil, perhaps monarchical rule provides the safest path for autocratic perpetuity. 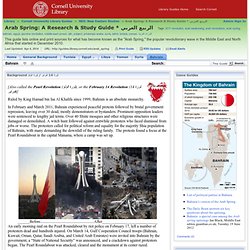 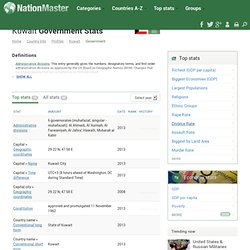 Changes that have been reported but not yet acted on by BGN are noted. Capital > Geographic coordinates: This entry is derived from Government > Capital, which gives the name of the seat of government, its geographic coordinates, the time difference relative to Coordinated Universal Time (UTC) and the time observed in Washington, DC, and, if applicable, information on daylight saving time (DST). Where appropriate, a special note has been added to highlight those countries that have multiple time zones. Citation "Kuwait Government Stats", NationMaster. The Transformation of Political Islam. 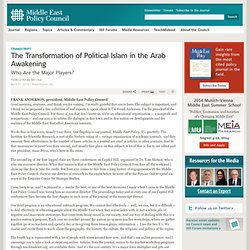 I’m really grateful that you’re here. The subject is important, and I think we’ve prepared a fine collection of real experts to speak about it. I’m Frank Anderson. I’m the president of the Middle East Policy Council. For those of you that don’t know us, we’re an educational organization — a nonprofit and nonpartisan — and our aim is to inform the dialogue in this town and in this nation on developments and the realities of the Middle East that affect American interests.

We do this in four ways; usually I say three. The second leg of our four-legged chair are these conferences on Capitol Hill, organized by Dr. Came back to us, and I’m pleased to — maybe the best, or one of the best decisions I made when I came to the Middle East Policy Council was hiring him as executive director. Our third program is an educational outreach program. Publications. Africa Center for Strategic Studies. September 6, 2012 – 7:00 am Please note: The following news items are presented here for informational purposes. 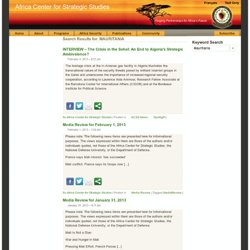 The views expressed within them are those of the authors and/or individuals quoted, not those of the Africa Center for Strategic Studies, the National Defense University, or the Department of Defense. Why Mali Matters Mali requests military assistance to free north Kenya readies Somali Kismayo [...] September 5, 2012 – 7:00 am Kenya navy shells Somali port town Al-Shabaab chief killed by troops in Kismayu [...] September 4, 2012 – 8:14 am. Homepage - International Crisis Group.