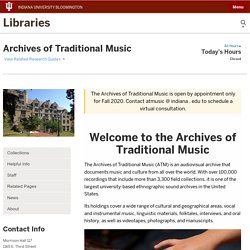 Contact atmusic @ indiana . edu to schedule a virtual consultation. The Archives of Traditional Music (ATM) is an audiovisual archive that documents music and culture from all over the world. With over 100,000 recordings that include more than 3,300 field collections, it is one of the largest university-based ethnographic sound archives in the United States.

Its holdings cover a wide range of cultural and geographical areas, vocal and instrumental music, linguistic materials, folktales, interviews, and oral history, as well as videotapes, photographs, and manuscripts. To learn more about our collections and listen to some sample recordings, explore our Collection Highlights. Would you like to visit the ATM? Join the Friends of the Archives of Traditional Music.

What Is Distortion? We all know what distortion sounds like. 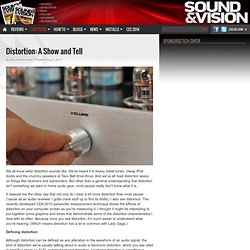 We've heard it in heavy metal tunes, cheap iPod docks and the crummy speakers at Taco Bell drive-thrus. And we've all read distortion specs on things like receivers and subwoofers. But other than a general understanding that distortion isn't something we want in home audio gear, most people really don't know what it is. It dawned me the other day that not only do I hear a lot more distortion than most people ('cause as an audio reviewer I gotta crank stuff up to find its limits), I also see distortion. The recently developed CEA-2010 subwoofer measurement technique shows the effects of distortion on your computer screen as you're measuring it. Defining distortion. HTG Explains: What Are the Differences Between All Those Audio Formats? Digital audio has been around a very long time so there’s bound to be a plethora of audio formats out there. 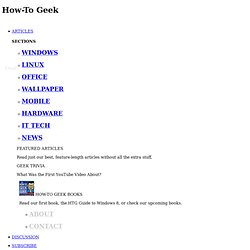 Here are some of the more common ones, what differentiates them, and what to use them for. Before we talk about everyday audio formats, it’s important you understand the basics, and that means understanding PCM.

Fractal Musical Rhythms. One of Martin Gardner’s collections of his Mathematical Games columns from Scientific American is titled Fractal Music, Hypercards and More… The title article “White, Brown, and Fractal Music” is all about how the pitch structure of different types of music can be easily distinguished by the human ear. 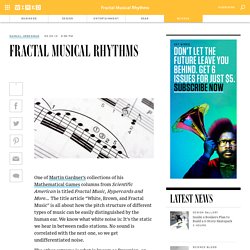 The Colour Of Music: Audiosurf Air Rides In. By Alec Meer on March 26th, 2012 at 11:30 am. Once upon a time, Audiosurf was briefly RPS’ favourite game ever (although not in the case of John, who only likes beat-free music featuring men with nasal American accents*. Or Jim, who doesn’t like emotions). We put in our songs, we turned them into blissfully surreal racetracks/match-3 puzzles, we fought endlessly for higher scores to prove we knew our most beloved songs better than anyone else did. Composer Makes Music From Positron Trails in Cloud Chambers. 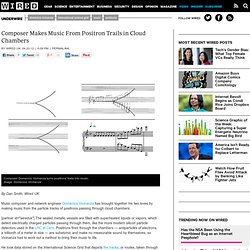 [partner id="wireduk"] The sealed metallic vessels are filled with superheated liquids or vapors, which detect electrically charged particles passing through them, like the more modern silicon particle detectors used in the LHC at Cern. Positrons fired through the chambers — antiparticles of electrons, a trillionth of a meter in size — are subatomic and make no measurable sound by themselves, so Vicinanza had to work out a method to bring their music to life. He took data stored on the International Science Grid that depicts the tracks, or routes, taken through the chambers by positrons, and draws those directly onto music staves.

“My plan is to sonify some of the early tracks recorded with cloud chambers. Music & Noise. Music The distinction between music and noise is mathematical form. 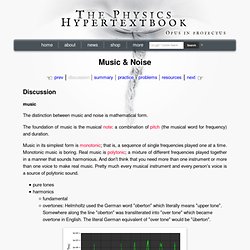 The foundation of music is the musical note: a combination of pitch (the musical word for frequency) and duration. Audio: 165-Million-Year-Old Cricket Song Comes Back to Life. Fossils of A. musicus wings and illustrations of its wing ridges. 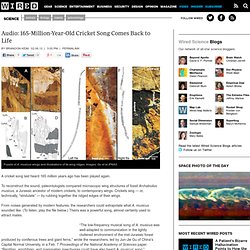 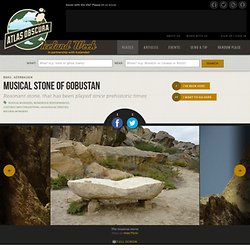 More than four hundred mud volcanoes are found within the area – half of all mud volcanoes in the world. Additionally, there are bizarre rock formations, burning gas vents, prehistoric petroglyphs – and the large musical stone, called Gaval Dash (Qavaldaş). CBGB.COM. Johnny Ramone Autobiography Set for Release. Exclusive Stream: Joey Ramone's Lost Rocker 'There's Got to Be More to Life' Creating a social music platform. Open Music Insights.  Bruno Zamborlin. Mogees lets artists to take advantage of everyday objects using them as musical instruments, breaking the boundaries between the physical and the digital world. 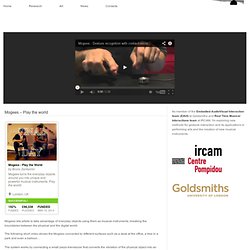 The following short video shows the Mogees connected to different surfaces such as a desk at the office, a tree in a park and even a balloon… The system works by connecting a small piezo-transducer that converts the vibration of the physical object into an electric signal which is sent to a mobile phone that runs the Mogees software application. The software analyses the vibrations and convert them into music on the fly, diffused through headphones or loudspeakers. Playloud. YouTube to MP3 Converter - Fast, Free - ListenToYouTube.com. Musicmetric - Accurate, actionable analytics for the Music Industry. Patchwork - Online modular sound synthesis. Lo Spettacolo del Veneto. Classica, opera e tutto quanto riguarda la musica. Definitive-metal-family-tree.png (1248×1464) How to fix earphones.