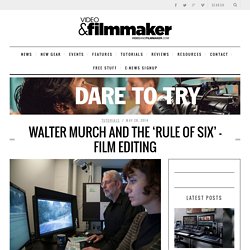 His work as both editor and sound designer on classic films such as Apocalypse Now, The Unbearable Lightness of Being, Ghost, The Godfather II & III, The English Patient and the Talented Mr Ripley mean his word is virtually gospel when it comes to filmmaking. He has been the subject of numerous books and documentaries over the years and was also the first filmmaker awarded an Academy Award for editing on a digital system (Avid). Not one to rest on his laurels however, Murch is slated to edit Disney’s next animated classic Tomorrowland and he also spends time mentoring with the Rolex Mentors & Protégés program (pictured above with protégé Sara Fgaier).

Story by Nicole Boyd Murch working with his FCP set-up Within Murch’s book In the blink of an eye: A perspective on film editing he discusses something he calls the ‘Rule of Six‘. 1. 2. 3. 4. 5. 6. 1. Save the Cat!® The Home of Technology. LA Screenwriter. Screenwriting Tip Of The Day by William C. Martell - Nice Antagonists. Why pay $510 for a used version of the 240 page 2000 version that used to retail for $21.95? 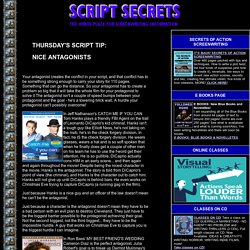 (check it out!) When you can get the NEW EXPANDED VERSION - over 500 pages - for just $9.99? New chapters, New examples, New techniques! Only $9.99 - and no postage! *** ACT TWO SECRETS *** - For Kindle! Expanded version with more techniques to help you through the desert of Act Two! Film School on a Bookshelf: 15 Recommended Books for Aspiring (and Expert) Filmmakers. One of the reasons this site is named "No Film School" is because of the widespread availability of excellent materials for self-teaching these days: almost every movie is available on disc or online, DVD special features often make for great learning tools, and there are plenty of books on the topic. 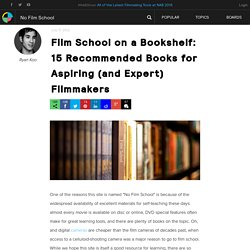 Oh, and digital cameras are cheaper than the film cameras of decades past, when access to a celluloid-shooting camera was a major reason to go to film school. While we hope this site is itself a good resource for learning, there are so many good books on filmmaking that we thought we'd start recommending and compiling them. Here are 15 of our top recommendations. New York Film Academy - 4-Week Filmmaking Workshop. Fees Tuition: $3,300 (USD) + Equipment Fee: $500 (USD) Students will also incur additional expenses on their own productions. 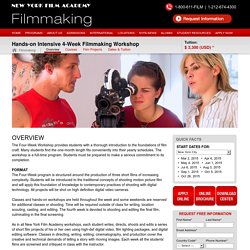 This varies depending on how much film they shoot and scale of the projects. Location & Available Dates. Expeditionary Film School of Alaska. Get registered before the rush! 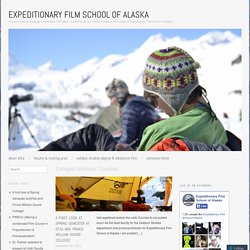 Courses to be posted soon! As the lead faculty for the Outdoor Studies department and producer/director for Expeditionary Film School of Alaska, I am excited […] Read Article → Become a Travel Writer, Photographer, Filmmaker. One Month Intensive Film Making Course from Central Film School. New York Film Academy - Rolling Stone Music Video School. The New York Film Academy has joined forces with Rolling Stone, one of the most respected magazines covering the music and entertainment industries to train the next generation of music video creators. 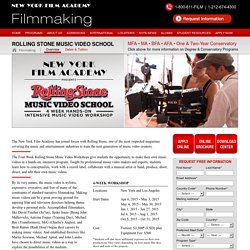 The Four Week Rolling Stone Music Video Workshops give students the opportunity to make their own music videos in a hands-on, intensive program. Taught by professional music video makers and experts, students learn how to conceptualize, work with a record label, collaborate with a musical artist or band, produce, shoot, direct, and edit their own music videos. By its very nature, the music video is stylistic, expressive, evocative, and free of many of the constraints of standard narrative filmmaking. Making music videos can be a great proving ground for aspiring film and television directors helping theme develop a personal style.

Our program is for people who have the passion to plunge into full-time music video production, and to commit themselves to a focused and demanding curriculum.