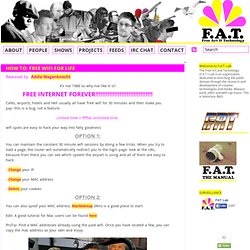 Cafes, airports, hotels and Hell usually all have ‘free’ wifi for 30 minutes and then make you pay- this is a bug, not a feature. Limited time = fffffat unlimited time. wifi spots are easy to hack your way into fatty goodness: You can maintain the constant 30 minute wifi sessions by doing a few tricks. Obama Google Glass PRISM mask. During Obamas visit in Berlin he beta tested surprisingly a pair of Google Glass and was very much impressed by its cutting edge features made possible through the #PRISM program. 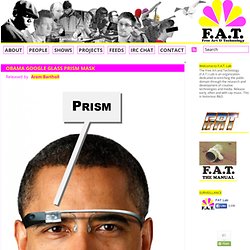 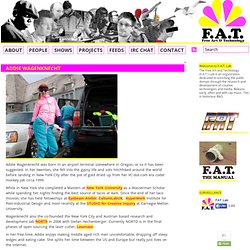 In her twenties, she fell into the gypsy life and solo hitchhiked around the world before landing in New York City after the pot of gold dried up from her VC-dot-com era coder monkey job circa 1999. While in New York she completed a Masters at New York University as a Wasserman Scholar while spending her nights finding the best source of tacos at 4am. Since the end of her taco mission, she has held fellowships at Eyebeam Atelier, CultureLabUK, HyperWerk Institute for Post-Industrial Design and most recently at the STUDIO for Creative Inquiry at Carnegie Mellon University. 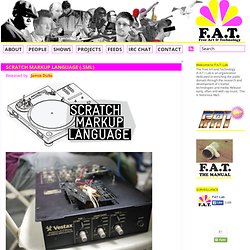 We’ve developed open-source tools for accurately capturing the record and crossfader movements of a scratch DJ, allowing us to analyze, transcribe, and recreate scratch performances. Graffiti Markup Language. How to get your Art in the MoMA. How To Turn Code Into Art. Art aware hackers!! 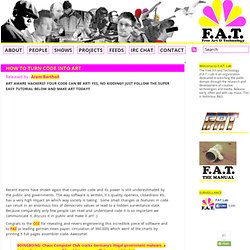 Your code can be art! Yes, no kidding!! Just follow the super easy tutorial below and make art today!! Recent events have shown again that computer code and its power is still underestimated by the public and governments. The way software is written, it s quality, openess, closedness etc. has a very high impact on which way society is taking. People Staring at Computers. “People Staring at Computers” is a photographic intervention. 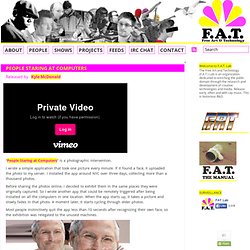 I wrote a simple application that took one picture every minute. If it found a face, it uploaded the photo to my server. I installed the app around NYC over three days, collecting more than a thousand photos. Before sharing the photos online, I decided to exhibit them in the same places they were originally captured. At 2 Apple Stores, Creating Art via Webcam, Secretly. Having collected 1,000 pictures, Mr. 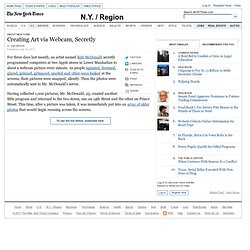 McDonald, 25, created another little program and returned to the two stores, one on 14th Street and the other on Prince Street. This time, after a picture was taken, it was immediately put into an array of older photos that would begin running across the screens. Suddenly, people sitting at the computers were looking at pictures of themselves that dissolved into photos of others who also had gazed into the screens. Ai Weiwei – FUCK OFF – Bookmarklet. Say it like Ai Weiwei!! 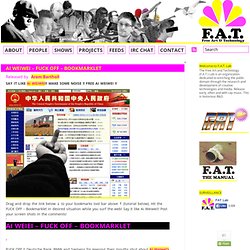 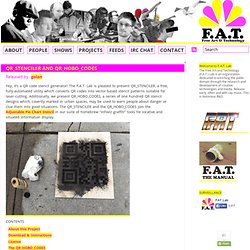 The F.A.T. Lab is pleased to present QR_STENCILER, a free, fully-automated utility which converts QR codes into vector-based stencil patterns suitable for laser-cutting. Hacking Art & Culture with F.A.T. Lab. Occupy The Internet. Occupy The Internet Phase 2. Occupy the Internet Exhibition is Open! How To Vacuum Form. Track byDanny Dive Thru. 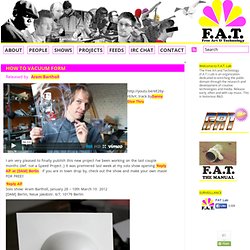 Stop SOPA Blackout. Used on nearly 200 websites on Jan 18th’s internet strike! The SOPA (H.R.3261) & PIPA (S.968) are terrible pieces of legislation that gives broad powers for the courts to take down sites by claims from “infringed” users. If SOPA or PIPA are voted for by Congress, it could devastate the artistic expression and livelihood of many artists, hackers, and entrepreneurs. Protest the SOPA/PIPA bills and install the blackout code on your site to let your visitors know what they could miss out if SOPA/PIPA do pass. Paste this code into your Tumblr themes, website, and more… The color can also be changed to a hex code, an rgb(), or rgba() format.

Post your site link in the comments so we can track and spread the word! Code by @gleuch | view sourceSpeed Project: 2 hours.