Landscapes (2014 - ongoing) Evan Roth In 2014, Evan Roth began tracking and visiting the transitional moments where Internet submarine fiber optic cables come ashore. The final output of this ongoing research process are “network located videos”: video pieces hosted online from servers located in the same countries or cities where they were recorded, on URLs composed of the GPS coordinates from where the footage was taken. The pieces are recorded with a modified camera that shoots in the same infrared frequency that travels through fiber optic cables. In Landscapes, an exploration into the physicality of the Internet is used as a gateway to enter nature and better understand the cultural shifts brought about by the increasingly frequent demands of technology. What started out as an attempt to reconnect with the network has since turned into a more personal and universal narrative about the relationship between the self and nature, and an attempt to create net art that intentionally deviates from the speed at which we usually consume things online. – agnesdelmotte 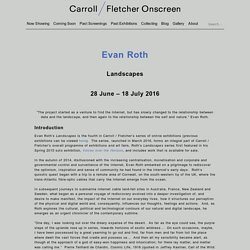 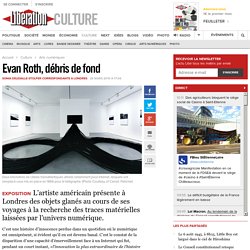 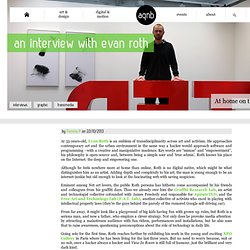 He approaches contemporary art and the urban environment in the same way a hacker would approach software and programming –with a creative and manipulative insolence. Key words are “misuse” and “empowerment”, his philosophy is open-source and, between being a simple user and ‘true admin’, Roth knows his place on the Internet: the deep and empowering one. Although he feels nowhere more at home than online, Roth is no digital native, which might be what distinguishes him as an artist. Adding depth and complexity to his art, the man is young enough to be an internet-junkie but old enough to look at the fascinating web with saving suspicion. 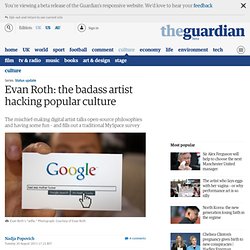 But don’t take our word for it. Google him. The 35-year-old artist and activist has spent his career hacking everything from the internet to public space to popular culture. Getting Google to recognize him as the top search result for "bad ass mother fucker" is just one in a line of clever cultural coups. Evan Roth: BAD ASS MOTHER FUCKER (BADASS MOTHERFUCKER #BADA55) Images courtesy XPO Gallery and Wesleyan University. 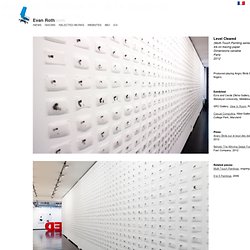 When I look at graffiti artists, I see hackers. I see a community of people who are making their own tools and subverting systems to tell stories. – agnesdelmotte 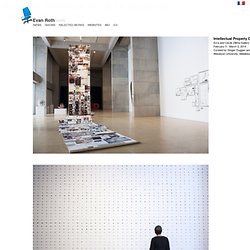