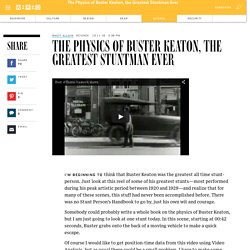 Just look at this reel of some of his greatest stunts—most performed during his peak artistic period between 1920 and 1929—and realize that for many of these scenes, this stuff had never been accomplished before. There was no Stunt Person’s Handbook to go by, just his own wit and courage. Somebody could probably write a whole book on the physics of Buster Keaton, but I am just going to look at one stunt today. In this scene, starting at 00:42 seconds, Buster grabs onto the back of a moving vehicle to make a quick escape. Of course I would like to get position-time data from this video using Video Analysis, but as usual there could be a small problem. The scale—in particular, how many pixels on the video are equal to one meter (or whatever your preferred units for distance).The frame rate—the time interval from one frame to the next.The acceleration of some object (or the speed). Go Back to Top. Portrait: Catherine Deneuve, an Icon at 70.

Robert Redford: Unpublished Photos by LIFE Photographer John Dominis, 1969. He had the requisite looks, charm and talent, but it wasn’t until 1969, when he was in his mid-30s, that Robert Redford truly broke out as a genuine Hollywood player. 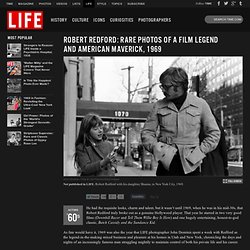 That year he starred in two very good films (Downhill Racer and Tell Them Willie Boy Is Here) and one hugely entertaining, honest-to-god classic, Butch Cassidy and the Sundance Kid. As fate would have it, 1969 was also the year that LIFE photographer John Dominis spent a week with Redford as the legend-in-the-making mixed business and pleasure at his homes in Utah and New York, chronicling the days and nights of an increasingly famous man struggling mightily to maintain control of both his private life and his career. At the time, Redford was married to first wife, Lola Van Wagenen. Only a few of Dominis’ photos made it into the February 1970 LIFE cover story. “They throw that word ‘star’ at you loosely, and they take it away loosely if your pictures flop,” he told LIFE.

Steve McQueen: Unpublished Photos. In the spring of 1963, already popular from his big-screen breakout as one of The Magnificent Seven and just a couple months away from entering the Badass Hall of Fame with the release of The Great Escape, Steve McQueen was on the brink of superstardom. 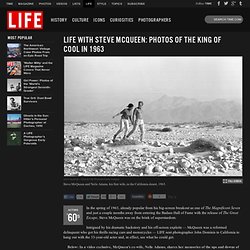 Intrigued by his dramatic backstory and his off-screen exploits — McQueen was a reformed delinquent who got his thrills racing cars and motorcycles — LIFE sent photographer John Dominis to California to hang out with the 33-year-old actor and, in effect, see what he could get. Below: In a video exclusive, McQueen’s ex-wife, Neile Adams, shares her memories of the ups and downs of their intense 16-year marriage. Three weeks and more than 40 rolls of film later, Dominis had captured some astonishing images — photos impossible to imagine in today’s utterly restricted-access celebrity universe. Trailing Steve McQueen was Dominis’ first Hollywood gig. “When I was living in Hong Kong I had a sports car and I raced it,” Dominis says. La passion selon Béatrice. On commence par quoi ? 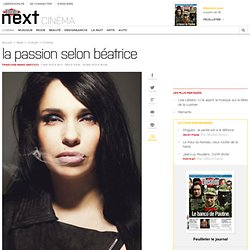 Marilyn Monroe was difficult to pin down at times, even for New York Times journalists on deadline. – agnesdelmotte 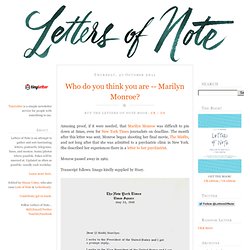