Harry Lloyd on Legion Season 3's Completely Different Charles Xavier. From show creator Noah Hawley and Marvel Television, the FX drama series Legion is back for its third and final season, as David Haller (Dan Stevens), a man who believed himself to be schizophrenic only to discover that he is the most powerful mutant the world has ever seen, is forced to confront his actions and the decisions that he’s made. 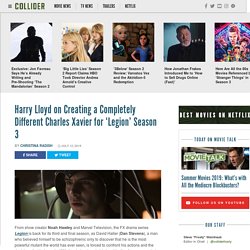 With the dark voices in his head lusting for power and at odds with everyone he once considered a friend, David is now leading a commune to satisfy his need for adulation and he’s enlisted the help of the young mutant Switch (Lauren Tsai), with the hope that she can help him time travel and repair the damage that he’s caused. While Season 3 was still shooting, Collider got the opportunity to tour the incredible sets at Paramount Pictures in Hollywood and participate in a series of interviews to talk about all things Legion.

Image via FX Question: How does it feel to play Professor X? HARRY LLOYD: It’s great. Did you look at any previous performances? Dark Phoenix will bring the X-Men saga to an epic close. Marvel Fans Take on Comcast to Get X-Men, Fantastic Four Properties in the MCU. Marvel fans are speaking out against Comcast, whose proposed buyout of Fox endangers Disney-owned Marvel Studios’ hopes of integrating Fox-controlled properties like X-Men, Deadpool and the Fantastic Four into the shared Marvel Cinematic Universe. 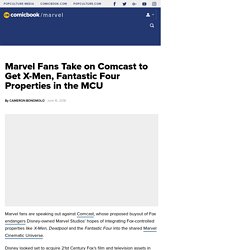 Disney looked set to acquire 21st Century Fox’s film and television assets in December with a $52.4 billion dollar deal, but Comcast — owners of NBCUniversal — have aggressively pursued Fox with an all-cash bid of $65 billion, topping Disney’s stock-based offer. Comcast moved forward with the massive bid after a federal court greenlit AT&T’s long-in-the-works acquisition of Time Warner for $85 billion. B. Most of the Marvel fans don't realise how much of a threat that Comcast is for the future of the MCU. If Disney loses this chance, we won't see the X-Men and Fantastic Four in the MCU. Comcast, leave 21st Century Fox alone.

Everyday I wake up in a cold sweat in the dead of the night. Dear @comcast, Please let @WaltDisneyCo get @20thcenturyfox. 'Morbius' Casts Tyrese Gibson. Tyrese Gibson may not have been cast as John Stewart in Green Lantern Corps (at least, not yet), but he has managed to land an upcoming superhero movie...and one that is actually in production right now, to boot. 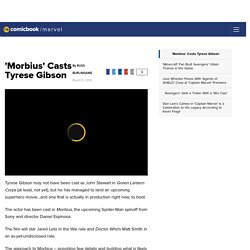 The actor has been cast in Morbius, the upcoming Spider-Man spinoff from Sony and director Daniel Espinosa. The film will star Jared Leto in the title role and Doctor Who's Matt Smith in an as-yet-undisclosed role. The approach to Morbius -- providing few details and building what is likely a character-centered action-drama around star Leto -- is similar to what Sony did with Venom, which overcame audience skepticism to become one of 2018's biggest box office hits for the studio.

According to Variety, who broke the news, details of Gibson's part are similarly unknown. The actor, best known for roles in the Transformers and Fast & Furious franchises, has lobbied Warner Bros. on Facebook for years, hoping to land the Green Lantern gig. In 2009, Gibson wrote Mayhem! New Mutants Reshoots Still Haven't Happened. Michael Fassbender is Magneto. #DarkPhoenix  Kevin Feige Will Take Over The X-Men, Disney Will Search For New Wolverine [TCA 2019] 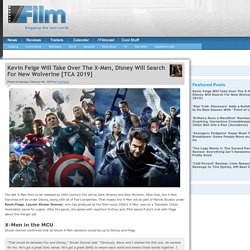 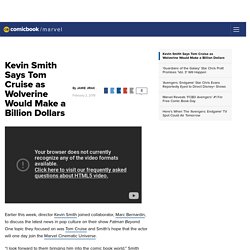 One topic they focused on was Tom Cruise and Smith’s hope that the actor will one day join the Marvel Cinematic Universe. “I look forward to them bringing him into the comic book world,” Smith explained. “Like, I think he’s ripe for a Marvel takeover.” Smith and Bernardin talked a lot about the Mission: Impossible franchise, which is set to have two more sequels directed by Christopher McQuarrie in 2021 and 2022. How 'Logan' and 'Star Wars' Influenced 'Dark Phoenix'

The latest film in the X-Men franchise is going to take a different, darker turn, as evidenced by the first trailer for Dark Phoenix. 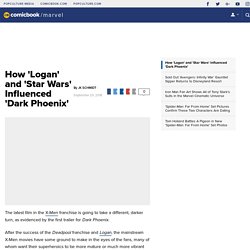 After the success of the Deadpool franchise and Logan, the mainstream X-Men movies have some ground to make in the eyes of the fans, many of whom want their superheroics to be more mature or much more vibrant and akin to the Marvel Studios movies. Dark Phoenix will attempt to blend both, according to writer and director Simon Kinberg. “The way I wanted to make the movie was very different than the aesthetic of previous X-Men movies, which I’ve been very involved in and proud of,” Kinberg told Empire. “But I wanted it to feel more naturalistic, I wanted it to feel edgier, more handmade, more real.

Kinberg said he wants the movie to feel like a superhero movie, but still invoke the same tone and mood that was established in Logan and, surprisingly, the Star Wars franchise.