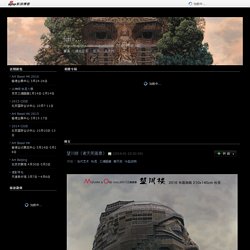 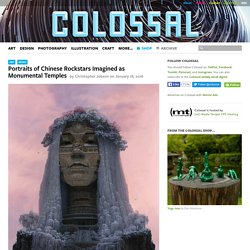 A musician himself, the Beijing-based painter is awed by the creation of music, aspects of fame, and the intangible aura of being a revered rockstar, something he tries to capture is these temple-like portraits of famous Chinese recording artists titled “Revels of the Rock Gods”. Each oil painting depicts the face of a musician as if it were a temple built in devotion to a god and borrows elements from Buddhist and Confucian architecture. Eyes are depicted as windows, tree branches or waterfalls as flowing hair, and the surface of skin as ornate wood facades gilded with gold. Kun is currently exhibiting the “Revels of the Rock Gods” series as part of his first solo show in Japan at Mizuma Art Gallery in Tokyo through February 13, 2016. 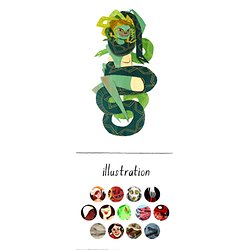 I grew up in London (Ontario) but moved to Vancouver for work after graduating Sheridan College's Classical Animation program. I have since moved back to Ontario, and now live in Stratford with my wife, Kate Craig. We have a very large cat. My comics have appeared in several anthologies, such as The Anthology Project V2, Explorer: The Mystery Boxes, kuš! #9, Little Heart, Creepy #9 (Dark Horse), Fairy Tale Comics (First Second) The Witching Hour (Vertigo), & others. The Yawhg is a game I co-created with designer Damian Sommer, and my artwork can also be found in the game Gone Home.

And here is a link to an awful lot of Dune fan art. Emily Carroll. アルカディアの扉. Breathing2004 on deviantART. Skia on deviantART. Daisuke-Kimura on deviantART. Pepe. DavidGaillet on deviantART. Webdesigner Illustrateur Toulouse - France. Jo's Playground. Looking forward to seeing all of you wacky folks at SDCC 2011 in a few weeks. 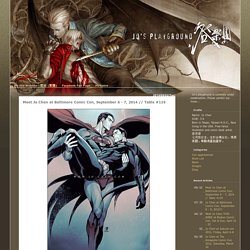 Michelle Hoefener. 神話「イラスト＆解説」 :IzFACT／あいずふぁくと 「天使」や「ソロモン72柱の悪魔」など. Sensibilities. Sensibilities - Myths and Legends of Russia: the Illustrations. Let us have more pictures, shall we? 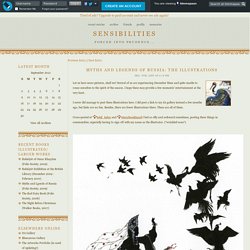 Several of us are experiencing December blues and quite unable to rouse ourselves to the spirit of the season. I hope these may provide a few moments' entertainment at the very least. I never did manage to post these illustrations here. I did post a link to my dA gallery instead a few months ago, but links are no fun. Besides, there are fewer illustrations there. Cross-posted at told_tales and storybookland I feel so silly and awkward sometimes, posting these things in communities; especially having to sign off with my name as the illustrator. 'She waved her right hand, and lakes and woods appeared; she waved her left hand, and various birds began to fly about'Illustration for The Frog Princess. 'I'm Rumbling Thunder!

'Ivashko too walked and walked, and met the three-headed dragon'Illustration for The Three Kingdoms. ‘The fox is carrying me away … Cat Cotonaevich, rescue me!’ This is one of two of the earliest illustrations which I completed. Rackham Fairy and Fairy Tale Art (Arthur Rackham) John Bauer Art: Trolls, Fairy Tales and Folk Tales - Swedish (18. Welcome to the John Bauer page with images from Sagovarld (Great Swedish Fairy Tales, Swedish Folk Tales), Our Fathers' Godsaga. 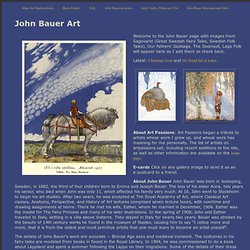 The Swansuit, Lapp Folk will appear here as I add them so check back. Latest: and . About Art Passions: Art Passions began a tribute to artists whose work I grew up, and whose work has meaning for me personally. The list of artists on artpassions.net, including recent additions to the site, as well as other information are available on the . Gustave Doré Art Images. Enigma, Gustave Doré Gustave Doré was a world famous 19th century illustrator. 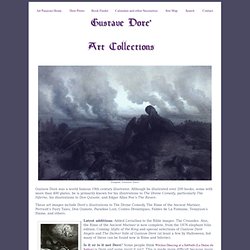