RR-15-Market-Towns.pdf. Broxtowe. Broxtowe is a local government district with borough status in Nottinghamshire, England, west of the City of Nottingham. 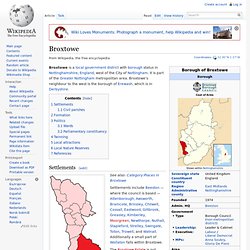 It is part of the Greater Nottingham metropolitan area. Broxtowe's neighbour to the west is the borough of Erewash, which is in Derbyshire. Settlements[edit] The borough with the civil parishes (pink) and the unparished part (red). Settlements include Beeston — where the council is based — Attenborough, Awsworth, Bramcote, Brinsley, Chilwell, Cossall, Eastwood, Giltbrook, Greasley, Kimberley, Moorgreen, Newthorpe, Nuthall, Stapleford, Strelley, Swingate, Toton, Trowell, and Watnall. Interesting Information for Wellington Road, Wokingham, RG40 2NJ Postcode. Wellington Road in Wokingham is in the South East region of England. 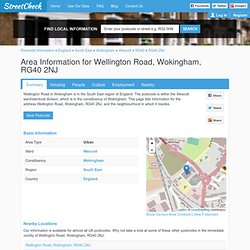 Wokingham Borough Council Excutive Recruitment. Employment There is low level of unemployment and more than 57% of Wokingham’s working population are in higher managerial or professional occupations. 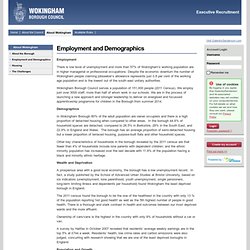 Despite the economic downturn the number of Wokingham people claiming jobseeker’s allowance represents just 0.8 per cent of the working age population and is the lowest out of the south east unitary authorities. United Kingdom Demographics Profile 2014. Population: UK National Statistics Publication Hub. Census 2011 - Nomis. What makes Wokingham England's healthiest place to live? The living is good: a cafe outside Wokingham town hall. 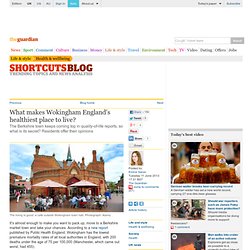 Photograph: Alamy It's almost enough to make you want to pack up, move to a Berkshire market town and take your chances. According to a new report published by Public Health England, Wokingham has the lowest premature mortality rates of all local authorities in England, with 200 deaths under the age of 75 per 100,000 (Manchester, which came out worst, had 455). Residents of Wokingham – not just the town itself, but the local authority area that covers part of Berkshire – are used to coming top in these sorts of quality-of-life surveys. According to a 2007 study by Halifax, the town was named best in Britain; average earnings of £744 a week put Wokingham residents in the top 5% earners in the country, and 84% owned their own homes, despite house prices being higher even than the south-east average. 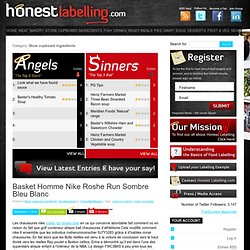 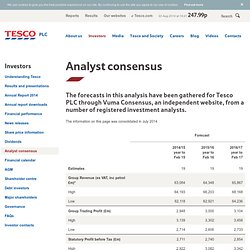 The information on this page was consolidated in July 2014 The forecasts in this analysis have been gathered for Tesco PLC through Vuma Consensus, an independent website, from a number of registered investment analysts and are, as such, publicly available information. Tesco PLC has not commented on any individual forecasts nor does it intend to do so in the future. Grocery news. Supermarket_share_of_retail_sales.pdf. 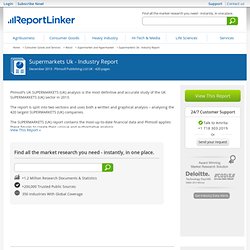 The report is split into two sections and uses both a written and graphical analysis – analysing the 420 largest SUPERMARKETS (UK) companies. The SUPERMARKETS (UK) report contains the most-up-to-date financial data and Plimsoll applies these figures to create their unique and authoritative analysis. Indeed, the first section thoroughly scrutinises the market and this section includes the following: The next section focuses on company analysis and provides an in-depth analysis of the largest companies within the SUPERMARKETS (UK) industry. Supermarkets in the UK - Statista Dossier 2014. UK Aldi shoppers: Products most bought from Aldi.

<div class="alert alert-error"><b>JavaScript is deactivated</b><br />Our statistics rely on JavaScript to be viewed. 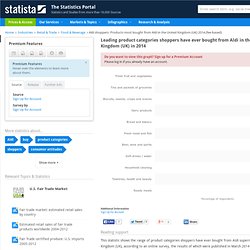 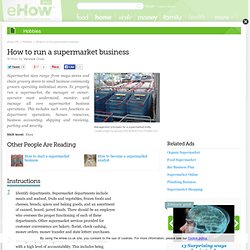 To properly run a supermarket, the manager or owner-operator must understand, monitor, and manage all core supermarket business operations. This includes such core functions as department operations, human resources, business accounting, shipping and receiving, parking and security. Skill level: Easy 1 Identify departments. Tips and warnings. Shopping centre - The Business of Retail Destinations. Can Fresh Herbs From the Supermarket Be Replanted? Growing herbs in your home garden is one way to cut down on the costs of purchasing fresh herbs from the supermarket. 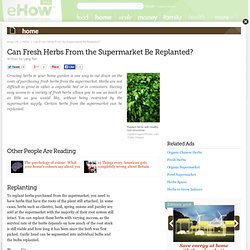 Herbs are not difficult to grow in either a vegetable bed or in containers. Having easy access to a variety of fresh herbs allows you to use as much or as little as you would like, without being restricted by the supermarket supply. Certain herbs from the supermarket can be replanted. Replanting To replant herbs purchased from the supermarket, you need to have herbs that have the roots of the plant still attached. Benefits. Food Marketing Institute. Understanding Grocery Industry_for fund_102411.pdf. Events Archive - Slow Food Uk. Sainsbury Full case study FINAL.pdf. Www.unicorn-grocery.co.uk/grow-a-grocery/Grow a Grocery.pdf. Www.landsecuritiesretail.com/websitefiles/low_carbon_fit_out_guide(1).pdf. How much would it cost to start a supermarket? Depending on the space. Lets take for example Winn-dixie , Publix or Sedano's in south florida.

They are around 40-50k sq ft per store. Which means you will pay anywhere from 8-18 dollar per sq ft ( also depending on location) This is how is done. For example: lets sy you get a space of 45,000 sq ft x 15 sq ft = 675,000 and then divide by 12 you get 56,250 of rent per month + plus maintanence. I put 15 dollars per sq ft but usually anything that gets over 15 is a super good location. Ethical Consumer: the alternative consumer organisation. Unicorn Grocery - Organic produce and wholefoods.