A Proportional Visualization of the World's Most Popular Languages. Click to view in a big, high-res format Last week we highlighted for you a beautiful Tree of Languages infographic, created by Minna Sundberg using data from ethnologue.com. 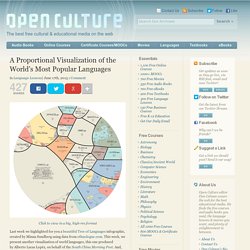 This week, we present another visualization of world languages, this one produced by Alberto Lucas Lopéz, on behalf of the South China Morning Post. And, once again, the underlying data comes from ethnologue.com, a research project that catalogues all of the world’s known living languages. Today’s graphic — click here to view it in a large format — takes the world’s 23 most popular languages, and then gives you a visual sense of how many people actually speak those languages overall, and where geographically those languages are spoken. The more a language is spoken, the more space it gets in the visual. 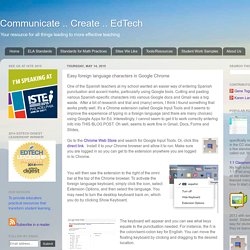 Cutting and pasting various Spanish-specific characters into various Google docs and Gmail was a big waste. After a bit of research and trial and (many) errors, I think I found something that works pretty well. It's a Chrome extension called Google Input Tools and it seems to improve the experience of typing in a foreign language (and there are many choices) using Google Apps for Ed. Interestingly, I cannot seem to get it to work correctly entering info into THIS BLOG POST.

Oh well, seems to work fine in Gmail, Docs, Forms and Slides, Go to the Chrome Web Store and search for Google Input Tools. You will then see the extension to the right of the omni bar at the top of the Chrome browser. The keyboard will appear and you can see what keys equate to the punctuation needed. Technologies. ?p=175068752&utm_content=buffer6c83a&utm_medium=social&utm_source=twitter.

Click the Image to Download the PowerPoint Icon File This week’s Articulate #ELHChallenge is to create and share a set of icons for the e-learning community. 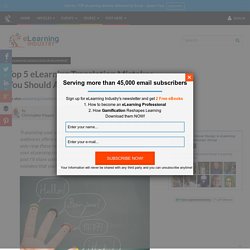 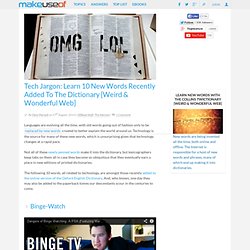 Technology is the source for many of these new words, which is unsurprising given that technology changes at a rapid pace. Not all of these newly penned words make it into the dictionary, but lexicographers keep tabs on them all in case they become so ubiquitous that they eventually earn a place in new editions of printed dictionaries. The following 10 words, all related to technology, are amongst those recently added to the online version of the Oxford English Dictionary. And, who knows, one day they may also be added to the paperback tomes our descendants scour in the centuries to come. Is technology a silver bullet for language teaching and learning? "There is no longer a four-walled classroom," says Dr Cecilia Goria, of Nottingham University's Language Centre. 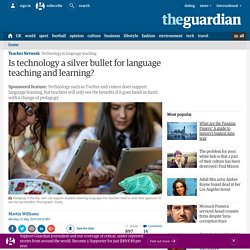 "Teaching and learning now extends beyond that. " Languages are in vogue in the fashion industry. Aldo Liguori couldn't do his job without languages. 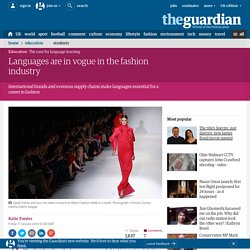 Liguori is global head of PR at Fast Retailing, the Japanese company behind international clothing giants Uniqlo and French label Comptoir des Cotonniers. He is fluent in five languages, including Japanese, which he says gives him "a complete advantage" when liaising with the media and his senior colleagues around the world. We meet at the Uniqlo headquarters in Tokyo's tallest office building, looking out over the city of people in bright T-shirts and puffer jackets below. Aldo believes his language skills have elevated his career by giving him the flexibility and adaptability to work in many locations. 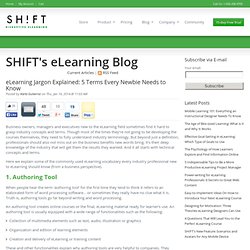 Though most of the times they’re not going to be developing the courses themselves, they need to fully understand industry terminology. But beyond just a definition, professionals should also not miss out on the business benefits new words bring. eLearning Tools-Resources-etc. Technologies. 10 Resources for the European Day of Languages. Learn English, Spanish and German for free. TypeIt - Type accent marks, diacritics and foreign letters online. Language Labs - Translator Bookmarklet. Interactive Whiteboard Resources. Create a Mobile Language Lesson With QR Voice. Create and exploit silent movies for language practice. A Fun Way to Learn a New Language.