Kelčský Javorník Observatory / Mimosa Architekti. The second prize winning design proposal for the observatory on the top of Kelcsky Javornik takes advantage of its unique location in a hilly area located north of Zlin, Czech Republic. 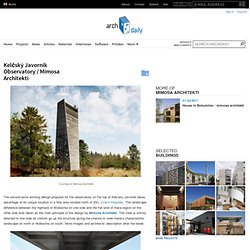 Sancaklar Mosque / Emre Arolat Architects. The Sancak Mosque, designed by Emre Arolat Architects, aims to address the fundamental issues of designing a mosque by distancing itself from the current architectural discussions based on form and focusing solely on the essence of religious space. 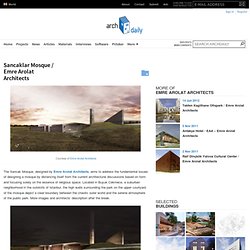 Located in Buyuk Cekmece, a suburban neighborhood in the outskirts of Istanbul, the high walls surrounding the park on the upper courtyard of the mosque depict a clear boundary between the chaotic outer world and the serene atmosphere of the public park. More images and architects’ description after the break. The project site is located in a prairie landscape that is separated from the surrounding suburban gated communities by a busy highway. Cineteca Matadero by Churtichaga+Quadra-Salcedo. Slideshow: Huge glowing baskets surround the staircases of this former slaughterhouse in Madrid that Spanish architects Churtichaga + Quadra-Salcedo have converted into a cinema. 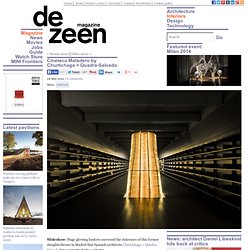 First constructed at the start of the twentieth century, the Cineteca Matadero was used as an abattoir and livestock market for around 85 years, but is now renovated to accomodate two cinema screens, a film studio, an archive and a terrace for outdoor screenings. The illuminated orange structures dominate the three floors of the film archive, which are otherwise dimly lit and lined with dark grey-painted wood. Woven walls also surround the two auditoriums but are painted black so as not to detract from the screens. In the studio areas, the existing brick walls of the hundred-year-old building are mostly left exposed, although some are partially covered with wooden panels. We've published a few unusual conversion projects from Spain recently. Photography is by Fernando Guerra. Yenikapı Transfer Point and Archaeo-park Area / Mecanoo.

Mecanoo architecten, in cooperation with local partner Cafer Bozkurt Architecture, shared with us their proposal, one of the competition’s three winning proposals, in an international design competition for Yenikapı Transfer Point and Archaeo-Park Area in Istanbul, Turkey. 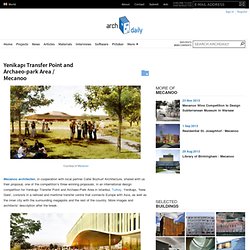 Yenikapı, ‘New Gate’, consists in a railroad and maritime transfer centre that connects Europe with Asia, as well as the inner city with the surrounding megapolis and the rest of the country. More images and architects’ description after the break. The new gateway of 52,000 m² will be a vital strategic intersection point handling 1.7 million people on a daily basis. Sitting on top of excavations that have changed the known history of Ancient Istanbul as an urban center, Yenikapı will also host an Archaeo-Park with a museum and city archive of 36,000 m². The total area of the site is 27.7 ha and includes public space and several parks. Binh Duong School / Vo Trong Nghia + Shunri Nishizawa + Daisuke Sanuki. 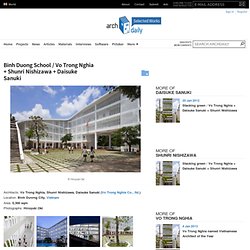 Location: Binh Dương City, Vietnam Area: 5,300 sqm Photographs: Hiroyuki Oki Binh Duong, a new city which is 30 minutes away from Ho Chi Minh City, has a typical tropical climate all year round. 18 Kowloon East. The project Description From the Architect: The project is a 28-storey mixed-use building housing offices, retail spaces and a carpark. 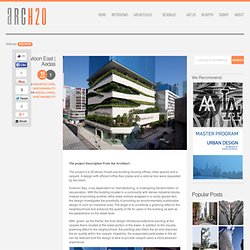 A design with efficient office floor plates and a rational box were requested by the client. Kowloon Bay, once dependent on manufacturing, is undergoing transformation of rejuvenation. With the building located in a community with dense industrial blocks, instead of providing another office tower entirely wrapped in a coolly glazed skin, the design investigates the possibility of providing an environmentally sustainable design in such an industrial area.

The target is to contribute a greening effect to the neighbourhood and enhance the quality of life for users in the building as well as the pedestrians on the street level. Family Houses in Popovicky / Jan Stempel. Architects: Jan Stempel Location: Popovicky, Czech Republic Landscaping: Lucie Vogelova / Terra florida Project area: 150 sqm + 149 sqm Completion: 2010 Photographs: Ivan Nemec / CFA New family houses for different private clients are situated in a small village close to Prague. This location is very popular with young families with children. The parents work in Prague, but live in the country in a family house with a garden. This strong trend in the Czech Republic represents mainly standardized houses from catalogues. Those two presented houses – designed as an archetypal form of a house in central Europe – stand out of this mass production. 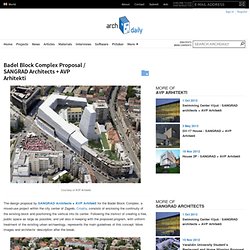 Following the instinct of creating a free, public space as large as possible, and yet also in keeping with the proposed program, with uniform treatment of the existing urban archaeology, represents the main guidelines of this concept. More images and architects’ description after the break. The proposed site consists of a large urban block, entirely defined by Vlaška Street and Kvaternik Square, and partly defined by Šubićeva and Derenčinova streets. School and Student Residence / Chartier Dalix Architectes. Chartier Dalix Architectes recently won a competition for a primary school and student residence located in Ivry, Framce, just outside of Paris. 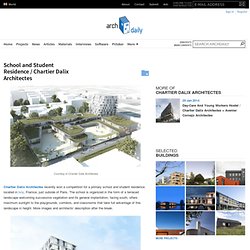 The school is organized in the form of a terraced landscape welcoming successive vegetation and its general implantation, facing south, offers maximum sunlight to the playgrounds, corridors, and classrooms that take full advantage of this landscape in height. More images and architects’ description after the break. The plan offers flexibility of multiple orientations, as well as views on the playground and heart block. The student housing is very compact (9 stories) and arranged so as not to shade on the playground. Also all the units are oriented east and west and extended by a small outdoor space decorated with perforated metal panels, fixed and sliding. 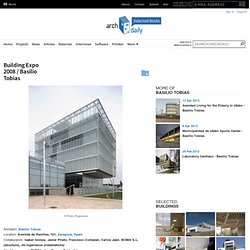 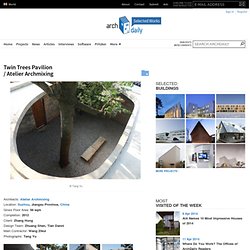 It is a supplement for two traditional style residences, providing an extra place for meeting and recreation, just nearby a hill planted with orange trees. Two big trees, a 20-year-old neem and a 15-year-old orange dominate the site and lend inspiration to the design as well as the name. Hybrid structure is employed in this project. All bricks from the dismantled pigpen are recycled to build the new walls in various laying patterns. This is an open pavilion with a mixing artificial and natural atmosphere. . * Location to be used only as a reference. Downtown LA Hotel / XTEN Architecture. XTEN Architecture is planning a new, 65,000-square-foot hotel in downtown Los Angeles, California. The monolithic concrete structure will be carved by a system of slots and slices that bring light, air and views deep into the building. Equipped with a performance-based lobby, two subterranean bars, restaurant and a rooftop terrace featuring an infinity edge pool, this mid-rise hotel will surely attract some attention.

Continue after the break to learn more! Located on a 50×150 foot infill parcel in downtown Los Angeles, the freestanding concrete structure will be surrounded by alleys and streets. This will allow for slots to contrast with and dematerialize the otherwise monolithic quality of the building. The lobby is an abstract, multi-use gallery and performance space resting on a floor clad in bricks salvaged from the parcel’s existing building.

Accessible Ribadeo / Abalo Alonso Arquitectos. Architects: Abalo Alonso Arquitectos – Elizabeth Abalo, Gonzalo Alonso Location: Galicia, Spain Collaboration: Carlos Bóveda, Juan A. Pérez Valcárcel Completion: 2010 Photographs: Santos Diez / Bisimages Ribadeo is located in the north-west of Galicia, at the border with Asturias and edging the estuary which bears its very same name. It has some nine thousand inhabitants, most of them working at the services sector. It has a protected historical quarter, a marina and a commercial port, which is strategically located in the Cantabrian coast. Within the municipality of Ribadeo lies the Catedrales beach, whose surrounding area is the second most visited place in Galicia, following Santiago de Compostela’s Cathedral.