I enjoy the Internet 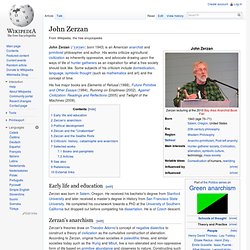 His works criticize agricultural civilization as inherently oppressive, and advocate drawing upon the ways of life of hunter gatherers as an inspiration for what a free society should look like. Some subjects of his criticism include domestication, language, symbolic thought (such as mathematics and art) and the concept of time. His five major books are Elements of Refusal (1988), Future Primitive and Other Essays (1994), Running on Emptiness (2002), Against Civilization: Readings and Reflections (2005) and Twilight of the Machines (2008).

Early life and education[edit] Zerzan was born in Salem, Oregon. Zerzan's anarchism[edit] Against Technology: A talk by John Zerzan (April 23, 1997) (John Zerzan. A humanities symposium called “Discourse@Networks 200” was held at Stanford University over the course of several months in 1997. 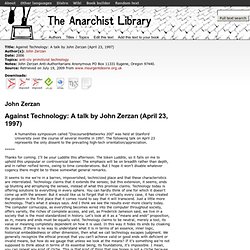 The following talk on April 23 represents the only dissent to the prevailing high-tech orientation/appreciation. Thanks for coming. I’ll be your Luddite this afternoon. Are You Out of Your Mind? Listen now: Season 2, Episode 15 Image credit: University of California, Davis. 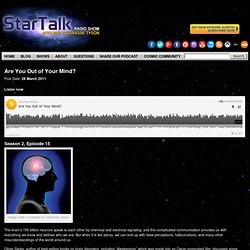 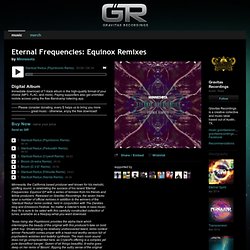 Released on Gravitas Recordings, the seven tracks span a number of official remixes in addition to the winners of the 'Stardust Redux' remix contest, held in conjunction with The Dankles blog and Emissions Festival. No matter a listener's taste in bass music, their fix is sure to be sated with this carefully constructed collection of tunes, available as a free/pay-what-you-want download. LOCI RECORDS. Exclusive Premiere: Charles Murdoch - Weathered Straight EP. Metanoia: A New Vision of Nature (2008. Employing a healthy blend of science, art and metaphysics, author Simon G. 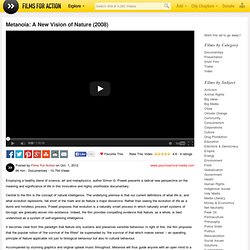 Time is Running Out: Ecology or Economics? with David Suzuki. Environmentalist and activist David Suzuki gave a lecture titled “Time is Running Out: Ecology or Economics?” At noon on May 6, 2013 at Western Washington University’s Performing Arts Center Concert Hall , as part of Western’s annual Japan Week Celebration. The event was co-sponsored by Japan Week and Western’s Office of Sustainability. Suzuki is a Canadian academic, science broadcaster and environmental activist. Suzuki earned a Ph.D in zoology from the University of Chicago in 1961, and was a professor in the genetics department at the University of British Columbia from 1963 until his retirement in 2001. 30 Day Challenge - We Are Wildness. Syria: Another Western War Crime in the Making. Republished from boilingfrogspost.com By Paul Craig Roberts Washington and its British and French puppet governments are poised to yet again reveal their criminality. 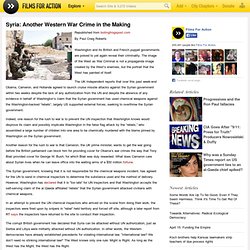 The image of the West as War Criminal is not a propaganda image created by the West’s enemies, but the portrait that the West has painted of itself. 111140. Report: Green economy to be determined by corporate control. As global corporations ready themselves for a post-petroleum world, a green economy will be centered on exploiting biomass (food and fiber crops, plant oils, algae, grasses, forest residues, etc.). 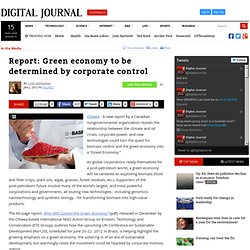 Supporters of the post-petroleum future involve many of the world’s largest, and most powerful corporations and governments, all touting new technologies - including genomics, nanotechnology and synthetic biology - for transforming biomass into high-value products. EPA Sued for Abandoning Critical Factory Farm Rule Under Clean Water Act. Food & Water Watch A coalition of community, animal welfare and environmental organizations is filing a lawsuit against the U.S. 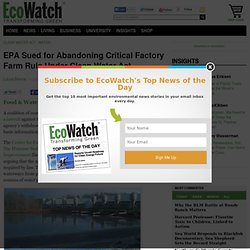 Environmental Protection Agency (EPA) challenging the agency’s withdrawal of a proposed rule that would have allowed the EPA to collect basic information, like locations and animal population sizes, from factory farms. The Center for Food Safety, Environmental Integrity Project, Food & Water Watch, The Humane Society of the United States and Iowa Citizens for Community Improvement filed the suit in the U.S. In New US "Bioeconomy", Industry Trumps Environment. WASHINGTON - The White House on Thursday announced the formulation of the National Bioeconomy Blueprint, aimed at shoring up the U.S. commitment to bioscience-related research. 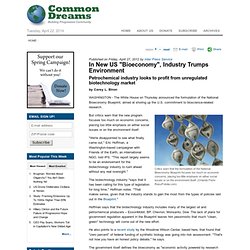 It’s been written by those who want to make vast profit from our food system, no matter what the true cost. It’s time to change the story. Read the Book.