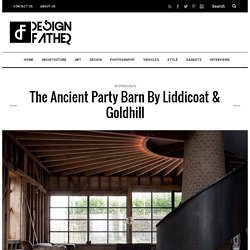 Previously known as Staple Farm, this cluster of historic agricultural farm buildings near Folkestone, Kent, are a prominent feature from the North Downs Way. Industrial Style Apartment in Kiev. In cities where housing space is at a premium, the conversion of industrial spaces into homes is a growing trend. 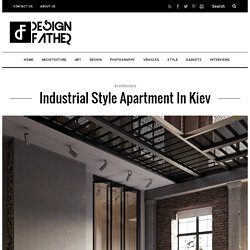 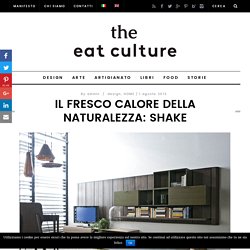 Molitli Interieurmakers The Netherlands. Dormitoare, Dormitoare Boeme și Dormitoare Matrimoniale. Blood & Champagne » INSPIRATION #450. Plante, Display și Inspirație. Plante, Display și Inspirație. A Smart Remodel for a Small Space in Paris — Cote Maison. (Image credit: Côté Maison) Paris is a bit like New York in that it's a highly sought after, densely packed city where some of the most desirable real estate is in older buildings, full of apartments with charming historic character and not-so-charming historic floorplans. 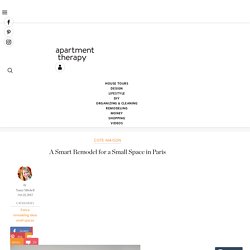 Ghiora Aharoni Design Studio. Leroy Street Residence Turn-of-the-century construction methodology in a 1903 tenement building is celebrated in the combination of two one-bedroom apartments by exposing brick walls, ceiling beams and wooden studs which were hidden beneath layers of paint, plaster and lathe. 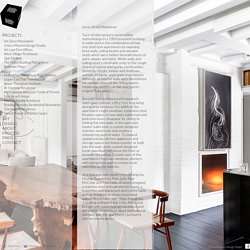 White walls and ceilings lend a minimalist unity to the rough charm of coarse and quirky construction elements—bricks, beams and studs are uneven, irregular and rarely truly square. Although all interior walls were demolished the configuration of the ceiling beams retains the memory of the apartments’ original floor plans. Beneath this architectural framework, open space unfurls: a fifty-foot long living dining/area stretches the width of the apartment’s eight windows; a stainless steel fireplace opens on two sides; bathroom and bedroom doors disappear by sliding or folding flat into walls. In the open plan master bathroom, a custom-designed stainless steel/resin sink evokes a shimmering pool of water.

A classic but modern apartment (Daily Dream Decor) Glamorous Paris Apartment - Champeau Wilde Design. Three years ago, a leader in the French art scene and his life partner, who works in the fragrance industry, decided it was time to move out of their Paris townhouse rental and buy their own place. 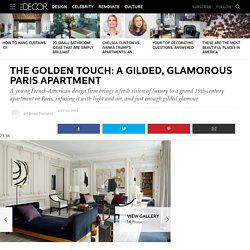 They came across a 2,600-square-foot Haussmanian apartment in Nouvelle Athènes—or "New Athens"—a section in the north of the city named for its interesting architecture, constructed in the early 19th century. Back then, Nouvelle Athènes was the epicenter of Paris culture—among its residents were Victor Hugo, Camille Pissarro, George Sand, Frédéric Chopin, and Paul Gauguin. The owner liked that idea as much as the flat, which was on the second floor and retained its original herringbone oak parquet and soaring 11-foot-high ceilings.

But he wanted a second opinion. A modern French apartment within an opulent 19th-century shell. Secondfloor architects construct yellow submarine coffee tank in thailand. Aug 01, 2016 secondfloor architects construct yellow submarine coffee tank within thailand's khao yai national park secondfloor architects have constructed a luxury coffee shop near the perimeter of the khao yai national park – one of thailand‘s popular go-to destinations. the project titled ‘yellow submarine coffee tank’ was developed in order to reflect the existing landscape, using a subtle palette of dark earthly textures, that disclose and mirror the indian mahogany plantation. the delicate nature of the tropical recreation area, provides a harmonious backdrop to the cafe, allowing visitors to relax and unwind within a minimal, understated dwelling. all images © ketsiree wongwan entrance to the cafe. 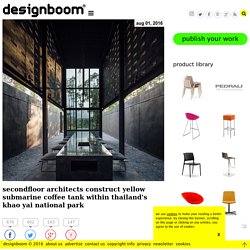 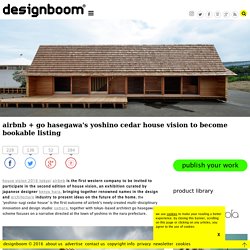 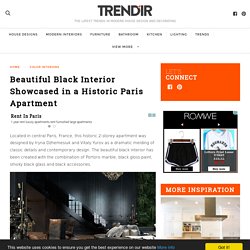 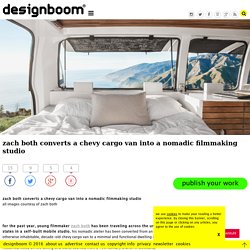 ‘The Lantern’ project involved the complete basement, ground and first floor extension and refurbishment of a Locally Listed Residential Building in South West London. The Client asked us to transform the existing building into a series of spaces that had a strong reference to Eastern Design influences whilst manipulating daylight and threshold conditions. A feature American Black Walnut staircase wraps itself up through the building, connecting the habitable spaces through its tree like presence.

Half landings, internal openings and unusual apertures encourage the notion of creating internal courtyards of living spaces that are all strongly connected to one another. Cub luminos podea/suspendat OPEN CUBE 43. Loft Apartment in Brooklyn by YoDezeen - CAANdesign. Architects: YoDezeen Location: Brooklyn, New York City, USA Photo courtesy: YoDezeen Description: This loft apartment was designed for an independent and ambitious young man. We have changed the zoning so that kitchen and dining area, living area and office were concentrated in one common space.

They are divided from the bedroom and wardrobe with a mat glass partition. Curtains and modern furniture of sober colors are in harmony with cement boards on the walls and wooden flooring. See what it’s like to live in the world’s narrowest house. © Polish Modern Art Foundation / Bartek Warzecha The Keret House, is a very small home, that has become known as the world’s narrowest house.

The Client’s intention is maximize the internal space of the house by extending it outwards. From outside, the house’s contemporary design approach is integrated with lush garden at the front porch. This is a big contrast to typical terrace houses carparks at front porch, sacrificing garden space. The interior of the house has been designed with open plan concept, connecting Living, Dining and Kitchen space.

Here is what the space looked like before the redesign… And below is what it was turned into! Behind the stucco walls, were the original brick walls and doors, that were uncovered and cleaned after years of being painted. Touches of original wood were kept throughout the space, like the black charred beams. A new addition is the the contemporary light wood kitchen, that has a large centrally located island. Jaffa Apartment / Pitsou Kedem Architect. Architects Location Old Jaffa, Tel Aviv-Yafo, Israel Architect Pitsou Kedem Architect Project Team Pitsou Kedem, Raz Melamed, Irene Goldberg Area 105.0 sqm Project Year 2011 Photographs. The three colors of the Lighthouse - WHITE on Behance. This wedge-shaped house has a sloping green roof facing the street.