Revolutionary New Discoveries about Water! - Interview with David Sereda - Full. Dan Winter - Life-Force Design and Sacred Geometry in Architecture. Video:Water as Fuel (via ZPE) From PESWiki Video produced by PES Network, Inc. / PESWiki While academia has been spurning the topic, hundreds, if not thousands of hobbyists and independent investigators worldwide are working on various electrolysis-like projects which put out more energy than was required to run the electrolysis unit. 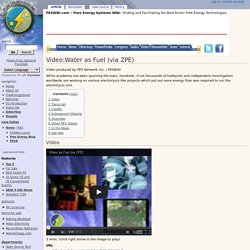 Video 3 mins. (click right arrow in the image to play) Transcript While academia has been spurning the topic, hundreds, if not thousands of hobbyists and independent investigators worldwide are working on various electrolysis-like projects which put out more energy than was required to run the electrolysis unit. The famous 19th century scientist, Michael Faraday, defined a limit of output energy possible in any standard electrolysis scenario. Journal of Fluid Mechanics. 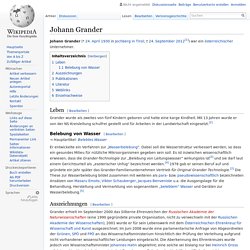 Swirling Water Unit - Vortex water nozzle - Water Dome version by Palmiga. DUE TO AN ALLEGED PATENT BREACH THE STL-FILES ARE NO LONGER AVAILABLE, check out Presenting the Water Dome version... original version here: (or a funnel-version if the center piece is not assembled) Use teflon tape (Thread seal tape / PTFE tape / plumber's tape) on all threads... 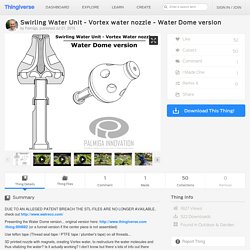 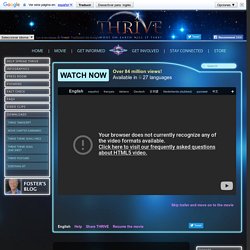 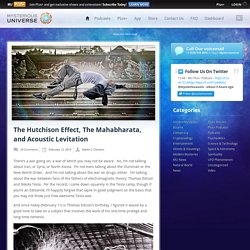 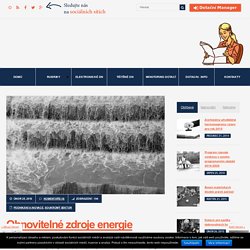 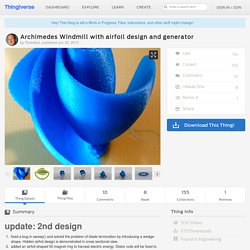 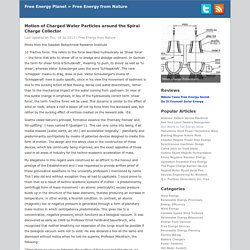 In German the term for shear force is'Schubkraft', meaning 'to push, to shove' as well as 'to shear', whereas Viktor Schauberger uses the word 'Schleppkraft'. The verb 'schleppen' means to drag, draw or pull. Viktor Schauberger's choice of 'Schleppkraft' here is quite specific, since in his view the movement of sediment is due to the sucking action of fast flowing, dense cold water downstream, rather than to the mechanical impact of the water coming from upstream. 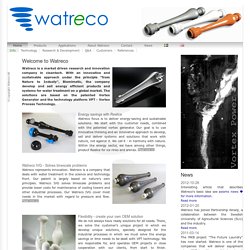 With an innovative and sustainable approach under the principle "from Nature to Industy", Biomimetic, the company develop and sell energy efficient products and systems for water treatment on a global market. The solutions are based on the patented Vortex Generator and the technology platform VPT - Vortex Process Technology. Energy savings with Realice Watreco focus is to deliver energy-saving and sustainable solutions. We start with the customer needs, combined with the patented vortex generator. Vibrant Vital Water® - Vortex Magnetic Energizer. As water spirals through the field-reversing array of the VME, groupings of unorganized water molecules break apart and realign again and again, generating the repeating matrix known as structured/liquid crystalline water. 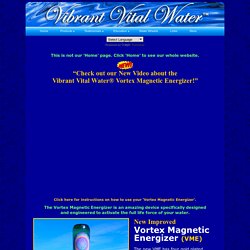 Each time the water spins through the magnetic array, a greater degree of coherence is established, it also takes many ORMUS elements to a higher spin state. A variety of rare-earth elements and minerals such as; Anchi Crystals, Shungite, Blue Ocean Minerals, light and sound energies (vibrations) will amplify the structure-generating process. Vibrant Vital Water® has been tested by alternative health care combines such as the Bio-Energetic Screening Team (B.E.S.T.), located in Seattle WA. B.E.S.T. specializes in Energy Medicine (EM) using diagnostic screening devices to measure the diverse electromagnetic frequencies emanating from the body which identify imbalances that may be the source of present ailments. These improvements may result in: Another scientist, Dr. Autodesk Knowledge Network. Space warps create "force fields" that deform other objects, creating the effect of ripples, waves, blowing wind, and so on. Space warps are nonrenderable objects that affect the appearance of other objects.

Space warps behave somewhat like modifiers, except that space warps influence world space rather than object space, as geometric modifiers do. 3IN Intuice Instinkt inspirace. KeelyNet News 2012 - Free Energy / Gravity Control / Electronic Health / Alternative Science - 01/23/13. Visit Keelynet DVD - the Physics of Crystals, Pyramids and Tetrahedrons This is a wonderful duel DVD set lasting 2 hours and which presents one man's lifelong study of pyramids, crystals and their effects. Several of his original and very creative experiments are explained and diagramed out for experimenters.

These experiments include; Patent US7380348 - Material dewatering apparatus - Google Patents. This is a nationalization of PCT/IE03/00062 filed Apr. 29, 2003 and published in English. The present invention relates to a pneumatic dewatering apparatus for wet product comprising a cyclone chamber connected to a fan with blades, each blade causing individual flow vortices to be formed downstream of the fan which in turn combine to form cyclonic flow within the cyclone chamber. It further relates to a pneumatic method of dewatering wet product.

Basic Hyperbel knowledge - Wytor Schauberger-Trichter. How does water want to be moved? Certainly not in straightened rivers or in straight, cylindrical pipes. The Austrian water scientist Viktor Schauberger (1885 - 1958) was already convinced of this. In the 1950s he designed with his son Walter uniquely wound water pipes (Wendel tubes). Walter Schauberger, a physicist and formerly an environmental activist, was particularly interested in the teachings of Pythagoras and Johannes Kepler in his further research. They were convinced that our world and the universe are based on principles of harmony. Wytor Schauberger Hyperbel funnel We have managed to produce such hyperbolic Schauberger funnels for personal use. Atomic Vortices. A dash of uncommon sense. Just let’s leap into the vortex where the laws of space-time are very bent & unpredictable: where magic delights us within the dance of matter.

This article aims to toss you mish mash into the toroidal nature of atomic & subatomic particles (electron, proton, neutron, neutrino & photon). These have been perceived & pictured by gifted men who were eccentric genius, talented men often highly educated who were perhaps ahead of their time. Firstly there are Charles Leadbeater & Annie Besant who were Occult scientists, who with their clairvoyant vision studied the atoms of all the known elements in great detail over 40yrs.

Christian Lange. Traduzione italianaThe golden angleObserving the nature we recognize its inner harmony everywhere. This harmony we meet even in music.If we take the half lenght of a chord double frequence, if we take a third of the chord, we get the triple frequence ecc.. In this way we get the acustic –law where l is the lenght of the chord and f the frequence: l * f = 1 Mathematically this is the hyperbolic Y=1/X with his grafic rapresentation : Walter Schauberger , based on the acustic law, discovered the hyperbolic cone.

Implosion e.V. - Start. New Energy Technology: Clean energy developments: Advances with Viktor Schauberger's implosion system. This following confines the presentation at the 1st International Symposium on Non-Conventional Energy Technology held in Toronto in 1981. At that time I emphasized the implosion theory and some advances made by the Austrian scientist Viktor Schauberger. Now I am focusing on one of his designs - a water cleansing device, which has since been successfully developed. When Viktor Schauberger died in 1958, at the age of 73, it was after a bitter fight against his contemporary scientific community. His ideas about the structure and function of nature were seen as controversial and difficult to comprehend. He advanced new ideas and theories about the essence of water, about plants, about agriculture and forestry and about the energy supply.

The Importance Of Spin - Energized Water Products. By drinking living water, the cells in the body's systems, specifically, the nervous, cardiovascular and the gastrointestinal, become properly ordered to fulfill the functions of life. Drinking living water allows the utilization of nutrients from foods and supplements to become dramatically improved. About Dimensions, Holograms, Reality and Energy. Using an Egg-Shaped Water Vessel - Dancing with Water. The egg is a primordial structure. It is Nature’s gestation vessel. The Science of Imploder Tech. Dr Thorsten Ludwig - Zero point energy, The view point of modern physics on the sea of energy. The Fourth Phase of Water - Professor Gerald Pollack. Science of Structurized Water with Gerald Pollack - Part 1 of 2.