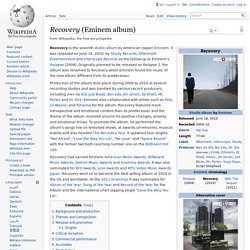 It was also nominated for Brit Awards, Juno Awards and MTV Video Music Awards Japan. Recovery went on to become the best selling album of 2010 in the US and worldwide. At the 2011 Grammys It was nominated for Album of the Year, Song of the Year and Record of the Year for the Album and the international chart topping single "Love the Way You Lie". The album was dedicated "To anyone who's in a dark place tryin' to get out. Keep your head up... Something Else (Tech N9ne album) On February 8, 2013, the album was first announced on the Strange Music blog.[1] During the preview on the Strange Music blog, Tech N9ne spoke about what to expect from the album, saying: The beats sound nothing like anything you’ve ever heard me on. 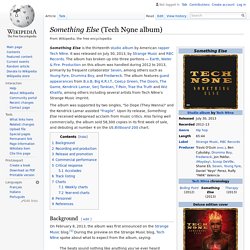 The features that I’m going for are something you would never imagine. All I can say about it now is that it’s a very human album. What I mean by that is that it’s contradictory. On one song I say, ‘The saint is ours’, like we’re in the saint’s corner and then I have another song called ‘I’m Not A Saint’. The Eminem Show. Relapse (Eminem album) One of the most anticipated album releases of 2009, Relapse debuted at number one on the US Billboard 200 chart, selling 608,000 copies in its first week. 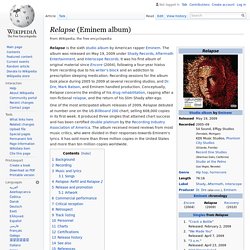 It produced three singles that attained chart success and has been certified double platinum by the Recording Industry Association of America. The album received mixed reviews from most music critics, who were divided in their responses towards Eminem's lyrics. It has sold more than three million copies in the United States and more than ten million copies worldwide. My Beautiful Dark Twisted Fantasy. Background[edit] The album was conceived during West's self-imposed exile in Oahu, Hawaii, following a period of legal and public image controversy amid an overworked mental state.[1] West later said that his fatigue from overworking led to his controversial outburst at the 2009 MTV Video Music Awards, his disgust with its ensuing media response, and his hiatus from recording.[1] Amid negative response to the incident,[2] his scheduled tour with recording artist Lady Gaga in promotion of his previous album, 808s & Heartbreak, was cancelled on October 1, 2009, without citing a reason.[3] It was formerly known as Good Ass Job and tentatively Dark Twisted Fantasy.[4][5][6] GOOD Music artist Big Sean was the second to announce the title of the album as Good Ass Job.[7] On July 24, 2010, on Kanye West's blog, a banner appeared reading "My Dark Twisted Fantasy Trailer". 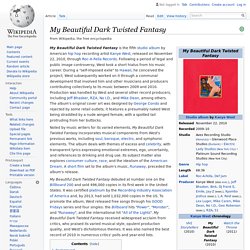 Carrie & Lowell. Carrie & Lowell is the seventh studio album by American musician Sufjan Stevens, released through Asthmatic Kitty on March 31, 2015.[2] Unlike Stevens's previous studio album, the electronic The Age of Adz, Carrie & Lowell is sparsely instrumental and marks a return to the performer's indie folk roots.[1] The album was given a one-week preview on NPR.[3] The album was released to high critical acclaim, with many critics calling it one of Stevens' best.[4] Recording[edit] The simple folk tunes on the album were recorded in 2014 at Stevens' home studio in Brooklyn and some songs in Oregon, at Portland's Flora Studios and on an iPhone in a Klamath Falls hotel room.[1][5] The songs were inspired by the 2012 death of his mother, Carrie, and the family trips they took to Oregon in Stevens' childhood.[6] The album title also references his stepfather.[1] Commercial performance[edit] Critical reception[edit] Track listing[edit] All songs written by Sufjan Stevens. 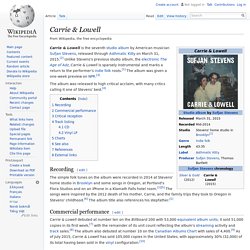 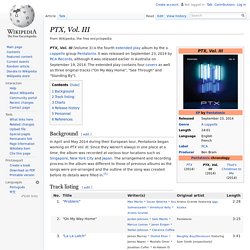 III (Volume 3) is the fourth extended play album by the a cappella group Pentatonix. It was released on September 23, 2014 by RCA Records, although it was released earlier in Australia on September 19, 2014. The extended play contains four covers as well as three original tracks ("On My Way Home", "See Through" and "Standing By"). Background[edit] In April and May 2014 during their European tour, Pentatonix began working on PTX Vol. Mbongwana Star: From Kinshasa review – thrillingly wrong-footing Congolese music. The video for Mbongwana Star’s debut single, Malukayi, was a mysterious and rather compelling thing. 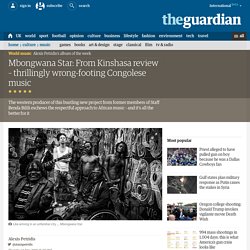 Figures loom out of a low-lit, smoke-wreathed gloom: a dancer, a frantic percussionist, a couple of middle-aged men in wheelchairs, and, most intriguingly, a spaceman wandering the streets of Kinshasa. The latter seemed like the perfect metaphor for a track that seemed to have fallen out of the sky, that somehow managed to be both identifiably Congolese – you can’t mistake the amplified likembes of guest stars Konono No 1 – and utterly unlike anything else the fertile Kinshasa music scene had yet produced: hypnotic rhythm patterns that clattered and echoed as if they were being played at the end of a vast tunnel; vocals coated with so much distortion they sounded like something picked up on a shortwave radio; a beautiful, keening male voice marooned over spacey electronics and mournful gusts of feedback to eerie effect. 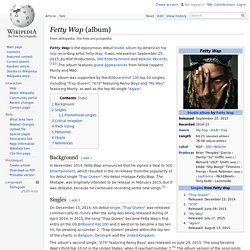 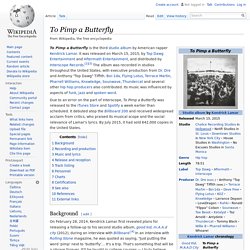 It debuted atop the Billboard 200 and received widespread acclaim from critics, who praised its musical scope and the social relevance of Lamar's lyrics. Currents (Tame Impala album) After releasing the group's previous record, Lonerism (2012), Parker began work on Currents, largely recording at his home studio in Fremantle. 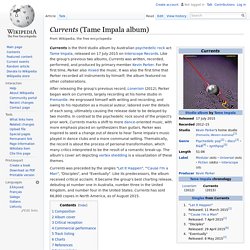 He engrossed himself with writing and recording, and owing to his reputation as a musical auteur, labored over the details of each song, ultimately causing the release date to be delayed by two months. In contrast to the psychedelic rock sound of the project's prior work, Currents marks a shift to more dance-oriented music, with more emphasis placed on synthesizers than guitars. Parker was inspired to seek a change out of desire to hear Tame Impala's music played in dance clubs and a more communal setting. The Slim Shady LP. The Slim Shady LP is the second studio album and the major-label debut by American rapper Eminem.

It was released on February 23, 1999, under Interscope Records and Dr. Dre's Aftermath Entertainment. Recorded in Ferndale, Michigan following Eminem's recruitment by Dr.