Break the China Habit? Lobsters, Lights and Toilets Show How Hard It Is. But starting around 2000, China began paying more for live lobsters, and ordering more. 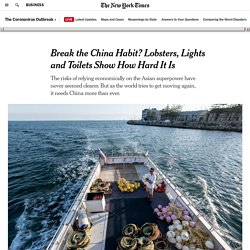 China signals 'new era' for architecture with ban on supertall skyscrapers and copycat buildings - CNN Style. Written by Oscar Holland, CNN An end to "copycat" buildings and a ban on skyscrapers taller than 500 meters (1,640 feet) are among the Chinese government's new guidelines for architects, property developers and urban planners. 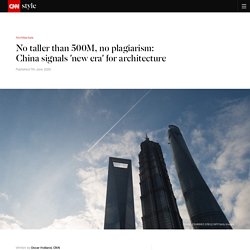 Outlining what it calls a "new era" for China's cities, a circular issued by the country's housing ministry and the National Development and Reform Commission earlier this year also proposes other sweeping measures to ensure buildings "embody the spirit" of their surroundings and "highlight Chinese characteristics. " With height restrictions already being implemented in places like Beijing, and a 2016 government directive calling for the end to "oversized, xenocentric, weird" buildings, the guidelines appear to formalize changes that were already underway.

Banana. Thinking of Buying a Bike? Get Ready for a Very Long Wait. Some bicycle shops in Brooklyn are selling twice as many bikes as usual and drawing blocklong lines of customers. 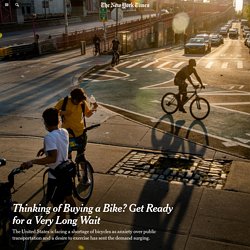 A chain of shops in Phoenix is selling three times the number of bikes it typically does. A retailer in Washington, D.C., sold all its entry-level bikes by the end of April and has fielded more preorders than ever in its 50-year history. In March, nationwide sales of bicycles, equipment and repair services nearly doubled compared with the same period last year, according to the N.P.D. Group, a market research company. Sales of commuter and fitness bikes in the same month increased 66 percent, leisure bikes jumped 121 percent, children’s bikes went up 59 percent and electric bikes rose 85 percent. By the end of April, many stores and distributors had sold out of low-end consumer bikes. 兩會「任性」翻譯姐 張蕾爆紅.

The girl with eight Ivy League college offers. Image copyright Cassandra Hsiao "In our house, there is beauty in the way we speak to each other ... language is not broken but rather, bursting with emotion. 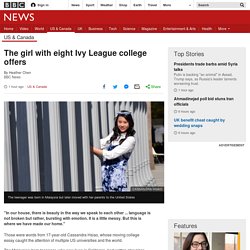 It is a little messy. But this is where we have made our home. " Those were words from 17-year-old Cassandra Hsiao, whose moving college essay caught the attention of multiple US universities and the world. 明天不會更好，只能選擇把今天過好？全拋世代的負能量啟示錄. 「有時你會懷疑自己的能力，別擔心，偶爾你是對的，你能力真的有問題。」 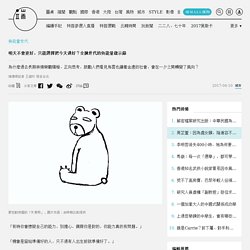 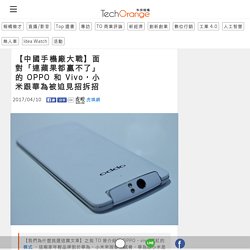 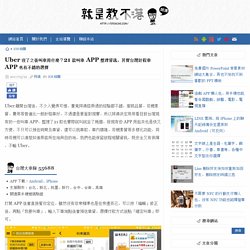 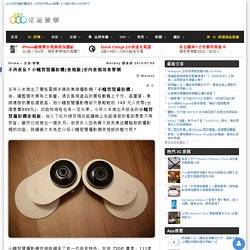 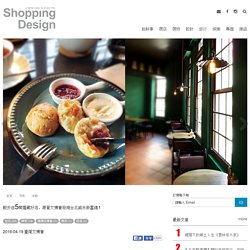 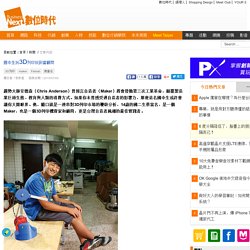 如果你未曾感受過自造者的影響力，那麼這名國中生或許會讓你大開眼界。 他，隨口就是一連串對3D列印市場的鞭辟分析，14歲的國二生蔡富名，是一個Maker，也是一個3D列印機賣家和顧問，更是台灣自造者風潮的最佳實踐者。 （圖片來源：蔡仁譯攝影） 蔡富名年紀： 14歲事蹟：改良3D列印機噴頭，與淘寶上游批發商訂購噴頭，再轉手到露天拍賣賺取差價，月入最高兩萬，目前亦擔任一3D列印機製造業者的顧問 採訪蔡富名這一天，我們約在Fablab Taipei見面，在這個堆滿3D列印機、CNC切割機和各式工具的自造者空間裡，來來去去的大多是25到40歲間的成年人。 This Futuristic Office Doesn't Have Chairs And Desks. Forget standing desks. In the office of the future, you might lean instead—supported by giant rock-like sculptures that designers argue are a healthier, more active way to work than anything that's come before.

A prototype of the office design is now on display in Amsterdam. "We said, what if we could create a work environment which is not based on tables and chairs anymore? " says Ronald Rietveld, one of the founders of RAAAF, a Dutch design firm that worked on the project with artist Barbara Visser. Athos - Wearable Technology for Fitness. Read: An email currently making the rounds among Shanghai expats: Shanghaiist. Chinese Drone Startup Yuneec Grabs $60M In Funding From Intel. 阿凱現身電影《破風》記者會 （700 × 1050 ) 天津爆炸獲救 萌犬生化隨恩人災區奔走. Coffee: Do Italians do it better? Starbucks is everywhere, but not in Italy. Yet Starbucks' founder, Howard Schultz, came up with the idea for his coffee chain whilst sipping espresso in a Milan bar. So what? You may say. He took a good product, repackaged it and globalised it. 43戶在半小時內被淹沒...溪洲部落盼了多年的社會住宅在哪兒？ Dear Federer and Nadal fans, time to accept we are living in the Djokovic era. Caught between the glorious memories of Roger Federer and Rafael Nadal, Novak Djokovic will always -- in the eyes of many -- remain the third wheel; a great player who survived until age caught up with Federer and injuries with Nadal; a player who could have never beaten them at their best.

But then memories have a strange way of playing tricks on the mind. You remember what you want to remember, the rest simply fades away. In this case, the rest unfortunately also includes Djokovic. Roger Federer as Religious Experience - Tennis. One thing it is not is televisable. At least not entirely. TV tennis has its advantages, but these advantages have disadvantages, and chief among them is a certain illusion of intimacy. Television’s slow-mo replays, its close-ups and graphics, all so privilege viewers that we’re not even aware of how much is lost in broadcast.

And a large part of what’s lost is the sheer physicality of top tennis, a sense of the speeds at which the ball is moving and the players are reacting. This loss is simple to explain. Interestingly, what is less obscured in TV coverage is Federer’s intelligence, since this intelligence often manifests as angle. Wimbledon is strange.

俗又大碗的「小米空氣清淨機」開箱，PM 2.5 過濾效率測給你看. 「辣」炒空心「蔡」? 洪秀柱:我來選總統. Unlimited Colors – Scan-Draw-Save-Sync to your Favorite Devices. This Is the Unhealthiest Meal You Can Eat at an American Chain Restaurant. According to the Center for Science in the Public Interest A shrimp dish at Red Lobster has a calorie count that will leave you shell-shocked. On June 3, the food safety and nutrition consumer advocacy group Center for Science in the Public Interest (CSPI) published a list of the nine unhealthiest meals at chain restaurants, which are over 2,000 calories (a day’s worth of food). At the top of the list is Red Lobster’s shrimp version of the “Create Your Own Combination” menu option.

Customers can consume four days worth of sodium and a whopping 3,600 calories when they order the Parrot Isle Jumbo Coconut Shrimp, Walt’s Favorite Shrimp, and Shrimp Linguine, side orders of Caesar salad, French fries, and a Cheddar Bay Biscuit, while washing it all down with the chain’s 890-calorie, 24-ounce signature margarita. Meals from the Cheesecake Factory, IHOP, and Sonic also made the list. Why You Shouldn’t Eat Delicious Charred Foods. The European Food Safety Authority (EFSA) announced on Thursday that it has concluded that acrylamide in food—a chemical that can develop during high temperature cooking—potentially raises the risk of cancer.

The agency first released its opinion in July 2014, and allowed the public to respond. It has now published it’s official scientific opinion on the matter, saying acrylamide “potentially increases the risk of developing cancer for consumers in all age groups.” Scale your Content Marketing with Scoop.it Enterprise. Need more content to generate leads or build brand awareness?

Discover how content curation can help you publish more and better. But great content takes time and money In a recent survey, 72% of Professionals said their #1 challenge was finding the time to publish content. For the type of quality your brand needs, great content just takes work. And outsourcing is expensive plus you still need to brief, review, edit, promote... Suspended Coffee. Glurge: Café customers buy "suspended coffees" for less fortunate patrons. Example:[Collected via e-mail, March 2013] This story will warm you better than a coffee on a cold winter day: "We enter a little coffeehouse with a friend of mine and give our order. While we're approaching our table two people come in and they go to the counter: 'Five coffees, please. They pay for their order, take the two and leave. Just a cup of coffee on the wall ( a story) A cup of coffee on the wall. NOTE: This was sent to me by a friend today. What a wonderful story and wouldn't it be great to get something similar going in all of the places where we live.

What a beautiful spirit of care and generosity. - FT I sat with a friend in a high-class coffee shop in a small town near Venice, Italy. As we enjoyed our coffee, a man entered and sat at an empty table beside us. He called the waiter and placed his order saying, "Two cups of coffee, one of them there on the wall. " While we were still there, two other men entered and ordered three cups of coffee, "Two on the table and one on the wall. " Cirque du Soleil sold to Chinese, US investors in bid to expand in China: Shanghaiist. Globally renowned circus troupe Cirque du Soleil has sold a majority stake to the US private equity firm TPG Capital and the Chinese conglomerate Fosun Capital Group, as the company now seeks to spread its wings in China.

"After 30 years building the Cirque du Soleil brand, we have now found the right partners in TPG, Fosun and the Caisse to take Cirque du Soleil forward to the next stage in its evolution as a company founded on the conviction that the arts and business, together, can contribute to making a better world," said Guy Laliberte, who founded Cirque in 1984. The Canadian firm, valued at 1.5 billion USD, has held performances for over 160 million people in 48 countries across the world, although previous attempts to break into the Chinese market have proved rough. Sichuan man surprises cancer-stricken fiancée with hospital wedding shoot: Shanghaiist.

Twenty-six-year-old firefighter Guo Kai arrived at the orthopedics ward of Sichuan People's Hospital with a team of professional photographers on April 26 to surprise his bed-ridden fiancée with a wedding photo shoot for her birthday. Dong Hui, 22, was diagnosed with malignant giant-cell tumor of the bone (GCTOB) in April, and now has difficulty even standing up. Hainan security guard's act of kindness goes viral online: Shanghaiist.