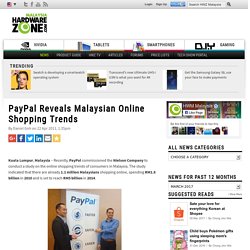 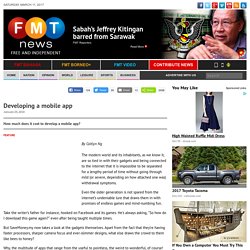 By Caitlyn Ng The modern world and its inhabitants, as we know it, are so tied in with their gadgets and being connected to the internet that it is impossible to be separated for a lengthy period of time without going through mild (or severe, depending on how attached one was) withdrawal symptoms. Even the older generation is not spared from the internet’s undeniable lure that draws them in with promises of endless games and mind-numbing fun. Take the writer’s father for instance, hooked on Facebook and its games.

He’s always asking, “So how do I download this game again?” Even after being taught multiple times. But SaveMoney.my now takes a look at the gadgets themselves. Why, the multitude of apps that range from the useful to pointless, the weird to wonderful, of course! Over the past few years, it has changed from the simpler markets into the USD25 billion (approximately RM81.5 billion) industry that it is now. What are the costs like? 1. Behance. Behance. Behance. Interaction Design and Branding: Blank. Behance. Online shopping websites you should know in Malaysia - ExpatGo. 41Shares Share Tweet Email 336.1KReads Last update: January 2016 Although Malaysia is a shopper’s paradise (Note: CNN ranked Kuala Lumpur as the world’s 4th best shopping city), online shopping in Malaysia is becoming an attractive alternative. 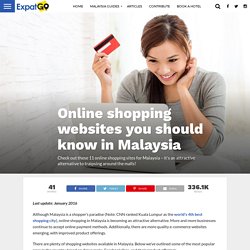 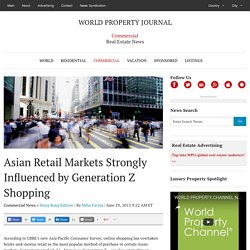 Consumers aged 18-24--known as 'Generation Z'--are also set to play an influential role in the regional retail market in the coming years. As a result of factors such as these, landlords and retailers will need to be proactive in order to remain competitive. Whilst 50% of Asia Pacific consumers still physically visit a shop to make a purchase, findings show that in emerging markets such as China and India, the majority of respondents--76% and 68% respectively--utilize online shopping as their most commonly used method of making purchases. This is also the case in more developed markets of South Korea and Taiwan where 73% and 55% of consumers respectively, also said their primary method of making purchases is online.

Generation Z: New Challenges for Retailers. 7 Fun Facts You Weren't Sure About Malaysian Gen Z Youths, Until Now. 淘宝全球消费者保障. 10. How Alibaba Makes Money? - Revenues & Profits. This post is about how Alibaba makes money. 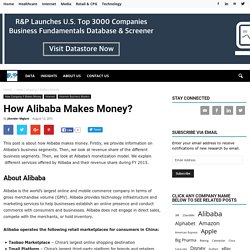 Firstly, we provide information on Alibaba’s business segments. Then, we look at revenue share of the different business segments. Then, we look at Alibaba’s monetization model. We explain different services offered by Alibaba and their revenue share during FY 2015. Fashion-Tech, Global Currents. BEIJING, China — When Uniqlo opened its first online store in China, back in 2009, it launched a second store, the very same day, on Tmall.com. 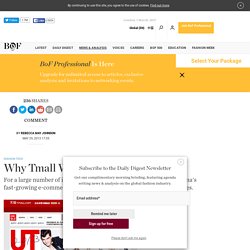 A year and a half later, not long after opening its first China e-commerce site, Gap, too, launched a presence on Tmall. Indeed, for a large number of low- to mid-priced international apparel brands, from Espirit to Levi’s, the chosen route into China's fast-growing e-commerce market — worth as much as $210 billion in 2012, according to McKinsey & Co — often involves Tmall. Tmall, formerly known as Taobao Mall, is a business-to-consumer retail site on which brands can open and operate their own e-commerce stores. The platform is owned by China’s largest e-commerce and online payments firm, Alibaba, which, if the rumours are true, seems set to create a Facebook-like frenzy when it IPOs sometime in the second half of the year. 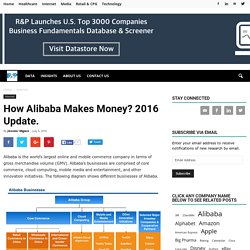 Alibaba’s businesses are comprised of core commerce, cloud computing, mobile media and entertainment, and other innovation initiatives. The following diagram shows different businesses of Alibaba. Alibaba generates over 90% of its revenues from its core commerce business.