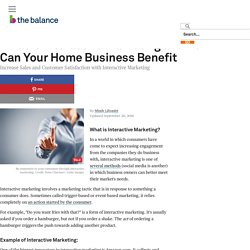 Other benefits to interactive marketing include: This Simple Yet Brilliant Game On Amsterdam Trams Will Make You Put Down Your Phone.

FMP. Ariff 2014 IOP Conf. Ser.%3A Mater. Sci. Eng. 58 012007. Ecommerce. Kuala Lumpur - Aug. 26, 2014 - The growth of connected device ownership across Southeast Asia is laying the foundation for a booming online retail sector, with the number of consumers making online purchases increasing significantly in the past two years, according to an e-commerce report released today by global information and insights company, Nielsen. 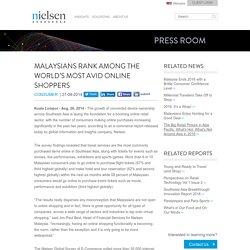 The survey findings revealed that travel services are the most commonly purchased items online in Southeast Asia, along with tickets for events such as movies, live performances, exhibitions and sports games. More than 6 in 10 Malaysian consumers plan to go online to purchase flight tickets (67% and third highest globally) and make hotel and tour reservation (62% and second highest globally) within the next six months while 58 percent of Malaysian consumers would go online to purchase event tickets such as movie, performance and exhibition (third highest globally). All Southeast Asia markets scored above global average of 44 percent.

Nettelo's 3D body-mapping technology lets users view their past, present, and future bodies. It might sound useful, fascinating, horrific, or a composite of the three: there’s an app that allows you to map your body in 3D on your smartphone. 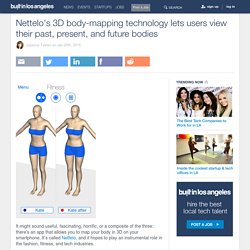 It’s called Nettelo, and it hopes to play an instrumental role in the fashion, fitness, and tech industries. The process is relatively simple: a user takes two pictures of herself using the app on her iPhone: the first standing in a frontal pose with arms outstretched at a 45-degree angle, the second from the side (adhering to a somewhat extensive list of specifications). Subscribe to read. Weakening ringgit, politics affecting retail sector; prices may rise. PETALING JAYA: The weakening ringgit and unabating political issues in the country are affecting consumer sentiment and negatively impacting the local retail sector. 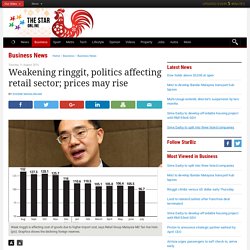 The weak ringgit is affecting the cost of goods due to higher import cost, according to Retail Group Malaysia (RGM) managing director Tan Hai Hsin. “This will lead to higher retail prices. “Higher import costs are affecting all retail sectors, from grocery stores, restaurants, fashion stores, furniture stores, electrical and electronics stores. “Higher retail prices will be more apparent by the third quarter of this year. Results – Metail. Malaysia Ranked Third In Mobile Shopping Growth In Asia Pacific, Are We Addicted To Shopping Apps?

Details Published on Thursday, 22 October 2015 00:41 Written by Arief Irsyad Just when we thought online shopping was addictive, along came mobile shopping apps, that are easily downloadable on smartphones, making shopping even more addictive. 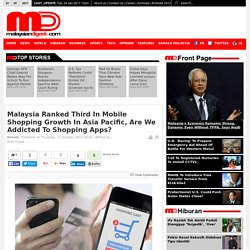 Weaker ringgit and political situation to affect retail. GIVEN the over-supply situation and other factors, including inflation and the goods and services tax (GST), the retail market is expected to be challenging in the last quarter of the year. 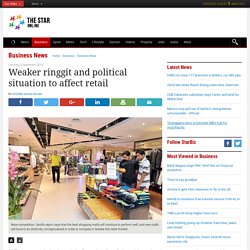 According to Savills Malaysia’s latest Asian Cities report, total retail stock in Greater KL stood at 53.9 million sq ft as of end-2014, spread across 155 malls that represented a year-on-year growth of 10%. This was the highest level of growth since 2011. Mission — Poikos. Poikos was founded on a belief: A bold new wave of personalization is coming. 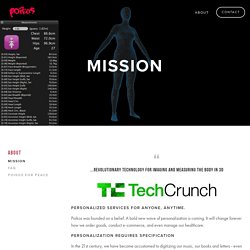 It will change forever how we order goods, conduct e-commerce, and even manage our healthcare. In the 21st century, we have become accustomed to digitizing our music, our books and letters - even our social connections. How to esimate Snapchat app development cost. Ivan S. 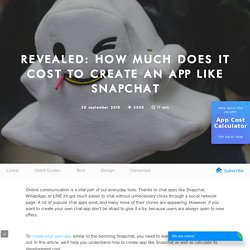 How much does an AR app cost? For more information on how retailers are using mixed commerce solutions, check out our Mixed Commerce Glossary, which defines the terminology being used by businesses to describe the changes currently sweeping retail. 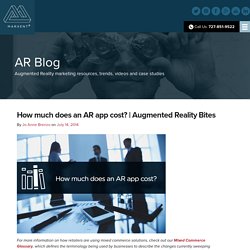 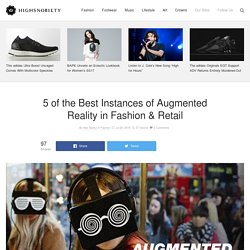 But this isn’t your grandparents folksy rummage through parks and backyards. Instead, Pokémon Go is but the latest advancement in the augmented reality space, which relies on smartphone amenities like location tracking and cameras to give players a digital escape without being confined to one’s home – like in the case of interacting with next-generation consoles like the Xbox One and PlayStation 4. While AR is getting all sorts of press for its applications as it relates to gaming, the fashion and retail industries were some of the first using the cutting-edge technology.

Look no further than these five cases. Moosejaw X-Ray App. Malaysia Ranked Third In Mobile Shopping Growth In Asia Pacific, Are We Addicted To Shopping Apps? Details Published on Thursday, 22 October 2015 00:41 Written by Arief Irsyad Just when we thought online shopping was addictive, along came mobile shopping apps, that are easily downloadable on smartphones, making shopping even more addictive. OMD and partners unveil study on Gen Z. OMD Malaysia, in partnership with Media Prima Group and Epinion, unveils a landmark study into the Generation Z’s behaviour, attitudes and media habits.

The survey, conducted among 325 online respondents aged 13 to 21, takes a look at Gen Z in Malaysia. Generation Z: Born in the digital age. PARIS - Facebook? Of course. Books? Mobile Device: Are Malaysian Consumers Embracing the Virtual Wallet? The struggle is real. In an increasingly connected world where news, retail shopping, banking and entertainment are all available 24/7 on a variety of mobile devices, fear of missing out (FOMO) is a legitimate phenomenon. According to the new Nielsen Mobile Shopping, Banking and Payment Report, 55% of Malaysian consumers say they feel anxious when their mobile devices are not close at hand.

At least three in five say they can’t imagine life without mobile devices (58%) and about three quarters say their mobile device makes their life better (76%). Malaysia is Poised for E-commerce Growth through Better Mobility. Today, there are a total of 252.4 million Internet users around Southeast Asia, with Malaysia emerging as the third country that recorded the highest percentage of Internet users (67%) after Singapore and Brunei. The promising Internet penetration result indicates Malaysia’s enormous potential for e-commerce market growth. Forbes Welcome. Birmingham City University - Sign In. File:Blank malaysia map.svg. Cancel Edit Delete Preview revert Text of the note (may include Wiki markup) Could not save your note (edit conflict or other problem). Please copy the text in the edit box below and insert it manually by editing this page.