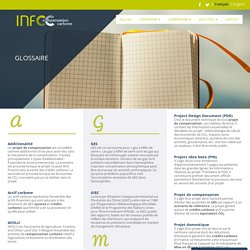 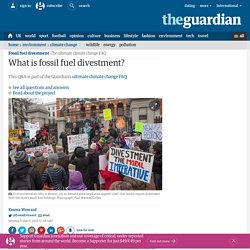 The global movement for fossil fuel divestment (sometimes also called disinvestment) is asking institutions to move their money out of oil, coal and gas companies for both moral and financial reasons. These institutions include universities, religious institutions, pension funds, local authorities and charitable foundations. CCC: Cut UK emissions 61% by 2030 for fifth carbon budget. The UK should cut its greenhouse gas emissions by 61% below 1990 levels during its fifth carbon budget period from 2028 to 2032, says the Committee on Climate Change (CCC). 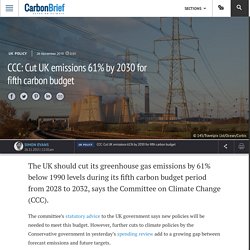 The committee’s statutory advice to the UK government says new policies will be needed to meet this budget. However, further cuts to climate policies by the Conservative government in yesterday’s spending review add to a growing gap between forecast emissions and future targets. Climate change is corroding our values, says Naomi Klein. Climate change is spawning injustice, racism, intolerance and wars, according to author and political activist Naomi Klein. 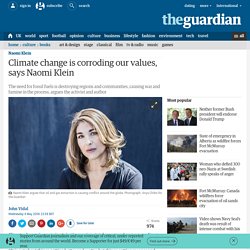 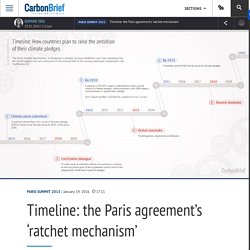 Current climate policies will not achieve the aims of the agreement: keeping global temperature rise to “well below” 2C, and achieving net zero emissions in the second half of the century. The carbon counters: tracking emissions in a post-Paris world. Michael Gillenwater is so tired he is mixing up his words, worn out from weeks of conference calls with the United Nations, the German government, and more. 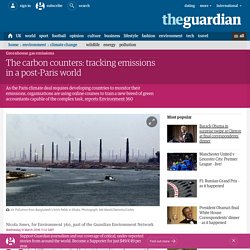 “I’m exhausted,” he says. In the wake of the Paris climate agreement last December, everyone wants advice from the Greenhouse Gas Management Institute (GHGMI) – Gillenwater’s non-profit organization based in Washington, DC – on how to step up the developing world’s capacity for counting carbon. European diplomats criticise UN plan to curb airline emissions. US and China lead push to bring Paris climate deal into force early. Paris agreement is a strong signal that 'we will solve climate crisis', Al Gore says. Al Gore, former US vice-president, Nobel laureate and chairman of the Climate Reality Project, has led the global discussion about climate change for many years. 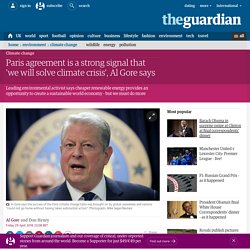 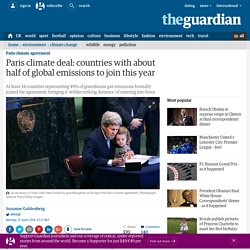 At least 34 countries representing 49% of greenhouse gas emissions formally joined the agreement, or committed to joining the agreement as early as possible this year at a high-profile signing ceremony at the United Nations last Friday. That brought the historic agreement closer to the critical threshold for becoming operational faster than expected, officials said. Explicit cookie consent. ONCE an environmental sluggard, China now pursues green policies with gusto. 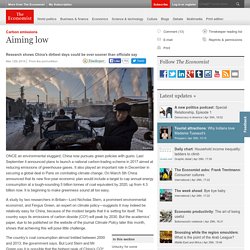 Last September it announced plans to launch a national carbon-trading scheme in 2017 aimed at reducing emissions of greenhouse gases. It also played an important role in December in securing a global deal in Paris on combating climate change. On March 5th China announced that its new five-year economic plan would include a target to cap annual energy consumption at a tough-sounding 5 billion tonnes of coal equivalent by 2020, up from 4.3 billion now. It is beginning to make greenness sound all too easy.

A study by two researchers in Britain—Lord Nicholas Stern, a prominent environmental economist, and Fergus Green, an expert on climate policy—suggests it may indeed be relatively easy for China, because of the modest targets that it is setting for itself. The country’s coal consumption almost trebled between 2000 and 2013, the government says. The EU Emissions Trading System (EU ETS) The EU ETS: 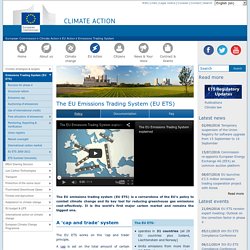 EU carbon market price expected to rise before 2020 following MEPs' vote. The chances of a modest increase in carbon prices before 2020 rose on Thursday after votes by MEPs on one of the European Parliament’s most conservative committees. MEPs on the industry committee voted first against market reforms to EU carbon trading, and then against the package they had just agreed. The chaotic manoeuvring leaves open the possibility of more ambitious reforms early this year, which could lead to higher carbon prices. The European Commission views the Emissions Trading System (ETS) as a key driver for lowering industry emissions and, after 2020, it will be the only collective mechanism for doing so. But at around €7 a tonne, carbon prices are far too low to influence industry behaviour and drive significant emissions cuts. EU carbon price crashes to record low.

The European Union's flagship climate policy, its emissions trading scheme (ETS), saw the price of carbon crash to a record low on Thursday after a vote in Brussels against a proposal to support the struggling market. China’s ‘Inconvenient Truth’ Documentary about the Airpocalypse. The world’s greatest female fighter, who recently annihilated her opponent in a record 14 seconds, opens up her mother’s lessons, Laila Ali, Eminem, and her Hollywood takeover. Naomi Klein, Climate and Capitalism (Pt. 1)  Naomi Klein's New Climate Book Explains Why the World Is Failing to Protect the Climate In the aftermath of the fractious recently concluded global climate talks in Lima, Peru, Naomi Klein's remarkable book This Changes Everything: Capitalism vs. the Climate (Simon & Schuster, 2014) takes on new relevance for everyone yearning for solutions to the climate crisis.

The book is a deeply insightful and unflinching look at the global threats posed by climate change, environmental devastation, and economic injustice. We must confront them, Klein says, by first ripping away the ideological underpinnings of the political and economic systems that created and perpetuate these parallel crises. Doha Climate Conference: Kyoto Protocol And Other Issues Remain Unresolved.