Yibada Media is dedicated to provide the latest news about businesses. 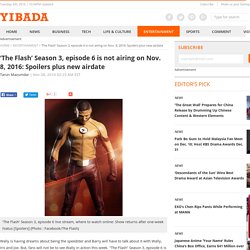 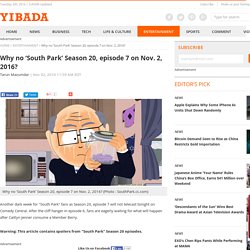 (Photo : SouthPark.cc.com) Another dark week for "South Park" fans as Season 20, episode 7 will not telecast tonight on Comedy Central. After the cliff hanger in episode 6, fans are eagerly waiting for what will happen after Caitlyn Jenner consume a Member Berry. Nostradamus Predictions, Baba Vanga prophecy: Pope Francis. A preface to the prophecies of Nostradamus. 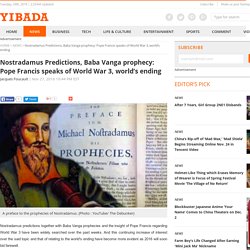 (Photo : YouTube/ The Debunker) Nostradamus predictions together with Baba Vanga prophecies and the insight of Pope Francis regarding World War 3 have been widely searched over the past weeks. And this continuing increase of interest over the said topic and that of relating to the world's ending have become more evident as 2016 will soon bid farewell. There has been a surge of attentiveness regarding the potential World War 3 as drastic changes and catastrophic events are experienced by the global community. The recent conclusion of the U.S. presidential election, the increasing influence of Islamic terror groups, and gradual shift of the superpowers are a few of the global episodes being linked to the impending World War 3 event. 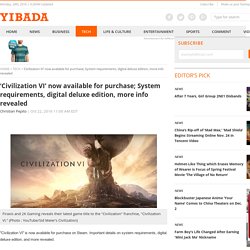 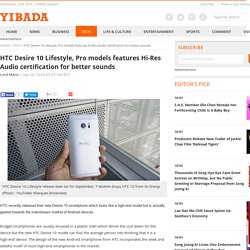 Budget smartphones are usually encased in a plastic shell which drives the cost down for the device but the new HTC Desire 10 model can fool the average person into thinking that it is a high-end device. 5 reasons gamers should acquire new GeForce GTX 1050, GTX 10. GTX 1050 Ti is among Nvidia's first cards based on the latest Pascal GP107 GPU. 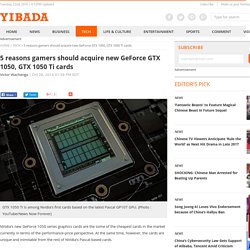 (Photo : YouTube/News Now Forever) NVidia's new GeForce 1050 series graphics cards are the some of the cheapest cards in the market currently in terms of the performance-price perspective. At the same time, however, the cards are unique and inimitable from the rest of NVidia's Pascal-based cards. Firstly, the GTX 1050 and GTX 1050 Ti are not built on the same underlying technology like the rest of NVidia's 10-series cards. Taiwan Semiconductor Manufacturing Company fabricates the GTX 1080, 1070, and 1060 by utilizing the Pascal GPU architecture and 16nm manufacturing process. 11-inch MacBook Air paves way for $1120 15-inch MacBook Air. Godfrey Barasa | Jul 23, 2016 12:21 PM EDT New details have been revealed regarding the release status of Apple's MacBook Air 2016. 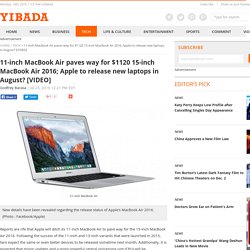 (Photo : Facebook/Apple) Reports are rife that Apple will ditch its 11-inch MacBook Air to pave way for the 15-inch MacBook Air 2016. Following the success of the 11-inch and 13-inch variants that were launched in 2015, fans expect the same or even better devices to be released sometime next month.