5 Steps to Separate Science from Hype, No PhD Required. By Gabrielle Rabinowitz and Emily Jane Dennis “Does flossing decrease my risk of heart disease?” 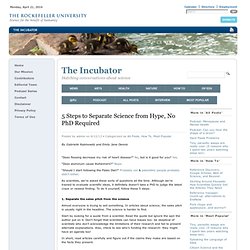 No, but is it good for you? Yes. “Does aluminum cause Alzheimers?” Nope. “Should I start following the Paleo Diet?” As scientists, we’re asked these sorts of questions all the time. 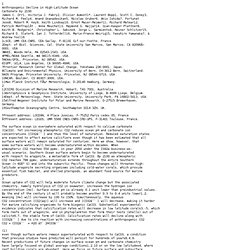 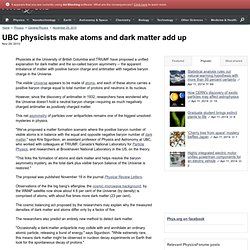 The visible Universe appears to be made of atoms, and each of these atoms carries a positive baryon charge equal to total number of protons and neutrons in its nucleus. However, since the discovery of antimatter in 1932, researchers have wondered why the Universe doesn't hold a neutral baryon charge--requiring as much negatively charged antimatter as positively charged matter. This net asymmetry of particles over antiparticles remains one of the biggest unsolved mysteries in physics. "This links the formation of atoms and dark matter and helps resolve the baryon asymmetry mystery, as the total dark plus visible baryon balance of the Universe is restored. " Critical Thinking. Watch Free Documentaries Online. Evolutionary psychology. Evolutionary psychology (EP) is an approach in the social and natural sciences that examines psychological traits such as memory, perception, and language from a modern evolutionary perspective. 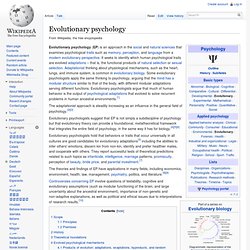 It seeks to identify which human psychological traits are evolved adaptations – that is, the functional products of natural selection or sexual selection. Adaptationist thinking about physiological mechanisms, such as the heart, lungs, and immune system, is common in evolutionary biology. Some evolutionary psychologists apply the same thinking to psychology, arguing that the mind has a modular structure similar to that of the body, with different modular adaptations serving different functions. Evolutionary psychologists argue that much of human behavior is the output of psychological adaptations that evolved to solve recurrent problems in human ancestral environments.[1] The adaptationist approach is steadily increasing as an influence in the general field of psychology.[2][3] Scope[edit] 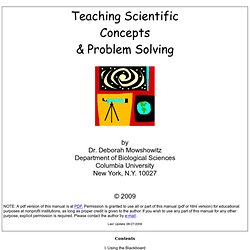 When you write down the important points or terms, try to write them in a way that shows their relationships. 5. Drawing carefully, writing clearly, and erasing properly all take time. 6. Many problems in science involve comparing two very similar situations -- normal vs mutant, before drug added vs after drug added, with oxygen vs without, etc., or explaining a sequence of events. . (2) It is much easier for the students to take notes if you redraw the pictures.