What Superheroes Should Today's Tech Inspire? by. Tips for a successful career transition. Glenn: Do we have a chance at turning the country around…or is it too late? Is it too late to turn things around? 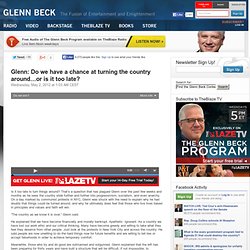 That’s a question that has plagued Glenn over the past few weeks and months as he sees the country slide further and further into progressivism, socialism, and even anarchy. On a day marked by communist protests in NYC, Glenn was struck with the need to explain why he had doubts that things could be turned around, and why he ultimately does feel that those who live lives based in principles and values and faith will win. “The country as we know it is over,” Glenn said. He explained that we have become financially and morally bankrupt. What is Creative Cloud? For a detailed review of the full CS6 package read Creative Bloq's brilliant Adobe CS6 review.Also watch out for ImagineFX's full review in the print edition of issue 84, on sale in the UK 25 May. 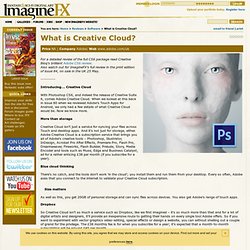 Introducing... Creative Cloud. Naturally Knocked Up. Did I Marry the Wrong Person? By Glenn Lutjens Movie star Mickey Rooney said, "Marriage is like batting in baseball; when the right one comes along, you don't want to let it go by. " It sounds good, until you realize that Mickey was married eight times. He must have had a lot of "good pitches" to swing at! Interviews with Greg Street, Cory Stockton, Tom Chilton, and J Allen Brack. Who Were Cavemen. Strange-looking fossils of “early man” keep turning up in the caves and other archaeological digs in Africa, Europe, and Asia. 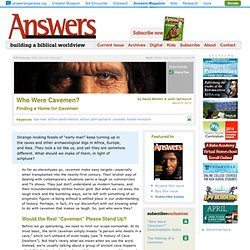 They look a lot like us, and yet they are somehow different. What should we make of them, in light of scripture? As far as stereotypes go, cavemen make easy targets—especially when transplanted into the twenty-first century. Their brutish way of dealing with contemporary situations earns a laugh on commercials and TV shows.

They just don’t understand us modern humans, and their misunderstanding strikes humor gold. Sacha Dinier's Perspective in Photoshop. This article was taken from issue 46 of ImagineFX magazine. 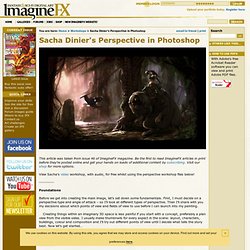 Be the first to read ImagineFX articles in print before they're posted online and get your hands on loads of additional content by subscribing.Visit our shop for more options. View Sacha's video workshop, with audio, for free whilst using the perspective workshop files below! Foundations Before we get into creating the main image, let’s set down some fundamentals. First, I must decide on a perspective type and angle of attack – so I’ll look at different types of perspective. Mists of Pandaria Beta Achievements. Mists of Pandaria Beta - Character Creation, World Maps, New Glyphs. It's been a pretty intensive night, we'll keep newsing non stop anything new that appears on the test realms and our teams are working hard to bring you new features on WoWDB asap and get it out of alpha/beta. 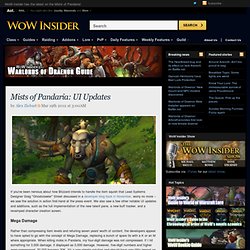 We also saw a few other notable UI updates and additions, such as the full implementation of the new talent pane, a new buff tracker, and a revamped character creation screen. Mega Damage Rather than compressing item levels and retuning seven years' worth of content, the developers appear to have opted to go with the concept of Mega Damage, replacing a bunch of spare 0s with a K or an M where appropriate. Mists of Pandaria FAQ. World of Warcraft®: Mists of Pandaria™ March 2012 Media Event FAQ Q: What is World of Warcraft®: Mists of Pandaria™? 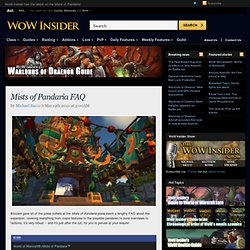 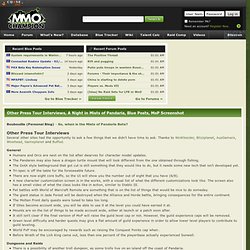 We'll do our best to keep everyone informed however. (Blue Tracker / Official Forums) DoTA Style Battleground Cory Stockton addressed this during the press event. We stated at BlizzCon we had three map ideas we were considering, but the plan was always to choose two for the initial launch of the expansion. Mists of Pandaria Press Tour - Monk Skills and Talents. Mists of Pandaria: Zones and questing. The preview portion of the Mists of Pandaria press event was full of surprises -- surprises such as the game world has actually been expanded since BlizzCon. 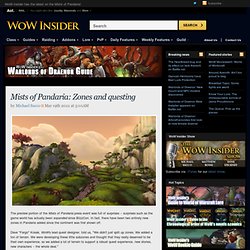 In fact, there have been two entirely new zones in Pandaria added since the continent was first shown off. Dave "Fargo" Kosak, WoW's lead quest designer, told us, "We didn't just split up zones. We added a ton of terrain. Mists of Pandaria: Chris Metzen interview. Chris Metzen, senior VP of Story and Franchise Development, the man behind the story of World of Warcraft, was gracious enough to sit down with WoW Insider for an interview at the Mists of Pandaria press event. 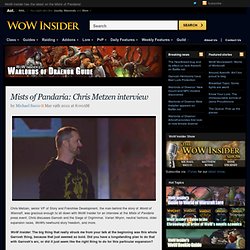 Chris discusses Garrosh and the Siege of Orgrimmar, Varian Wrynn, neutral factions, older expansion races, WoW's newfound story freedom, and more. WoW Insider: The big thing that really struck me from your talk at the beginning was this whole Garrosh thing, because that just seemed so bold. Did you have a longstanding plan to do that with Garrosh's arc, or did it just seem like the right thing to do for this particular expansion? Mists of Pandaria: Achievements preview. Mists of Pandaria: Ray Cobo interview.

Ray Cobo, one of WoW's senior producers, sat down with us at the Mists of Pandaria press event to discuss the development process, new game features, and more. 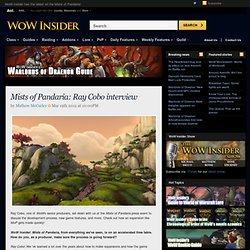 We didn't see any of the new world PvP mechanics or anything related to the Arena, but we did see previews of two new Battlegrounds, the Temple of Power and the Silvershard Mine. World of Warcraft's initial Battleground offerings were based around classic competitive game modes: capture the flag, conquest and domination modes from first-person shooters, and so forth. Square-foot-garden-design-worksheet.pdf (application/pdf Object)

Art. Beck to WSJ: “We are on the edge of something that is bigger than Industrial Revolution” Today’s Wall Street Journal features a profile of Glenn and GBTV and it’s hard to deny the success of a network that is still only six months old! Glenn spoke about GBTV and where it could be heading in the future. The Wall Street Journal reports: “We’re taking on the big guys,” Mr. Beck said in a recent interview at the Manhattan production studio of GBTV in the basement of a skyscraper. The conservative talk-show host had just flown in from Dallas, where he now lives—”away from the suits,” as he put it. … Driving Mr.

Who Were Cavemen. Prosecution—Extent of the Flood. Marvel Comics Augments Reality.