Music-loving student currently pursuing his Bachelors of Science in physics and chemistry.

German. Physics Forums - The Fusion of Science and Community. The trouble is that the ship's pilot measures each of the meter sticks to be 0.8 meters each due to length contraction and from that point of view the ship's pilot also measures his own velocity relative to the grid to be 0.6c What in effect is happening is that four velocity is measured in terms of distance measured by an observer at rest with respect to the grid and time measured by an observer at rest with the ship. 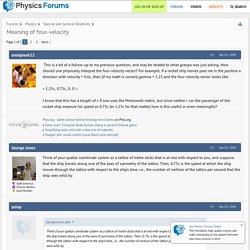 The usefulness of this "reference frame mixing" is that momentum can be expressed as mV where V is the four velocity rather than as mv/sqrt(1-v^2/c^2) where v is the 3 velocity and this avoids all those awkward questions about relativistic mass. Similarly four acceleration allows force to be expressed in the form f=ma where a is the 4 acceleration and m is the rest mass.

List of glossing abbreviations. This page lists common abbreviations for grammatical terms that are used in linguistic interlinear glossing. 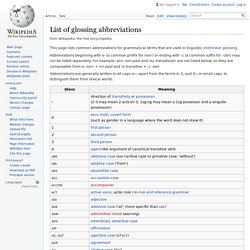 Abbreviations beginning with N- (a common prefix for non-) or ending with -Z (a common suffix for -izer) may not be listed separately. For example, NPST non-past and TRZ transitivizer are not listed below, as they are composable from N- non- + PST past and TR transitive + -Z -izer. Abbreviations are generally written in all caps or—apart from the terms A, S, and O—in small caps, to distinguish them from lexical words.

The Solus Project – In-depth videos, overview videos, free Solus project. Here is a lot of UE4 stuff all at once! 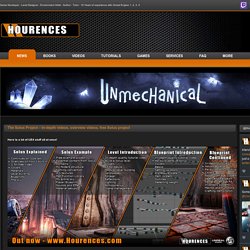 I stripped down Solus to the essentials and wrapped it up in a Solus Example project, which I am releasing for free. This free project contains: