What kind of power will China become? These are grim times for the Chinese economy. 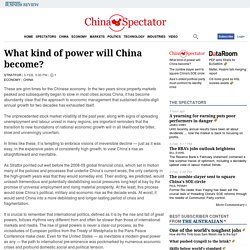 In the two years since property markets peaked and subsequently began to slow in most cities across China, it has become abundantly clear that the approach to economic management that sustained double-digit annual growth for two decades has exhausted itself. The unprecedented stock market volatility of the past year, along with signs of spreading unemployment and labour unrest in many regions, are important reminders that the transition to new foundations of national economic growth will in all likelihood be bitter, slow and unnervingly uncertain. What kind of power will China become? What kind of power will China become? The zombie slayer sent to square China's SOE circle. It’s almost eight years to the day since Ken Henry took a call from Xiao Yaqing late one Friday afternoon in Canberra. 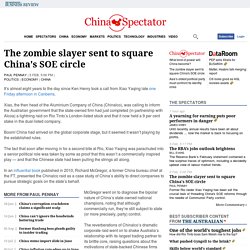 Xiao, the then head of the Aluminium Company of China (Chinalco), was calling to inform the Australian government that the state-owned firm had just completed (in partnership with Alcoa) a lightning raid on Rio Tinto’s London-listed stock and that it now held a 9 per cent stake in the dual-listed company. Boom! China had arrived on the global corporate stage, but it seemed it wasn’t playing by the established rules. The fact that soon after moving in for a second bite at Rio, Xiao Yaqing was parachuted into a senior political role was taken by some as proof that this wasn’t a commercially inspired play — and that the Chinese state had been pulling the strings all along. One Founder’s Follow-Up to Airbnb’s 7 Rejections: 8 Rejections — on startups. 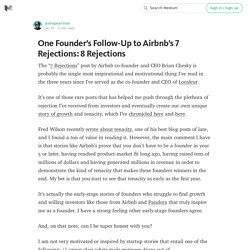 It’s one of those rare posts that has helped me push through the plethora of rejection I’ve received from investors and eventually create our own unique story of growth and tenacity, which I’ve chronicled here and here. Fred Wilson recently wrote about tenacity, one of his best blog posts of late, and I found a ton of value in reading it. However, the main comment I have is that stories like Airbnb’s prove that you don’t have to be a founder in year 5 or later, having reached product-market fit long ago, having raised tens of millions of dollars and having generated millions in revenue in order to demonstrate the kind of tenacity that makes these founders winners in the end. When Burn Rate Outweighs Enthusiasm. India is too democratic, but Modi is forcing things to be done: Nissim Nicholas Taleb - Times of India. From running a hedge fund to analysing human behaviour , the 56-year-old Nassim Nicholas Taleb has lived a rich life. 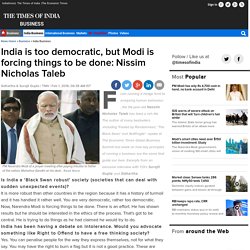 The author of many bestsellers -including 'Fooled by Randomness', 'The Black Swan' and 'Antifragile' --spoke at The Economic Times Global Business Summit last week on how key principles of running a business are the same that guide our lives. Excerpts from an exclusive interview with TOI's Surojit Gupta and SidharthaIs India a 'Black Swan robust' society (societies that can deal with sudden unexpected events)? It is more robust than other countries in the region because it has a history of turmoil and it has handled it rather well. 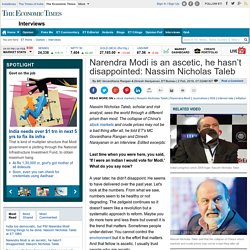 The collapse of China's stock markets and crude prices may not be a bad thing after all, he told ET's MC Govardhana Rangan and Dinesh Narayanan in an interview. Edited excerpts: Last time when you were here, you said, 'If I were an Indian I would vote for Modi.' Winners & Losers in the Global App Economy. Today the global app economy is a good bellwether for the overall digital economy. 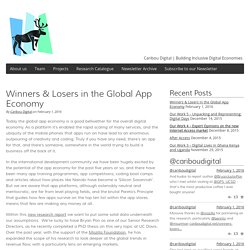 As a platform it’s enabled the rapid scaling of many services, and the ubiquity of the mobile phones that apps run on have lead to an enormous outpouring of creativity and coding. Truly if you have any need, there’s an app for that, and there’s someone, somewhere in the world trying to build a business off the back of it. In the international development community we have been hugely excited by the potential of the app economy for the past five years or so, and there have been many app training programmes, app competitions, coding boot camps and articles about how places like Nairobi have become a ‘Silicon Savannah’.

But we are aware that app platforms, although ostensibly neutral and meritocratic, are far from level playing fields, and the brutal Pareto’s Principle that guides how few apps survive on the top ten list within the app stores means that few are making any money at all. Caribou Digital Winners and Losers in the Global App Economy 2016. WhatsApp overtakes text messages. The company is now handling 30 billion messages every day, compared to the 20 billion SMS sent daily. 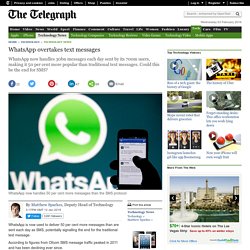 WhatsApp has its competitors but they tend to be popular in one geographic location. Facebook Messenger is widely used in the US, while Asia has provided more traction for services like WeChat. WhatsApp has seen growth around the globe. Voici comment les médias français voient le monde. Les médias nous donnent-ils une vision déformée du monde qui nous entoure ? No Cookies. To use this website, cookies must be enabled in your browser. 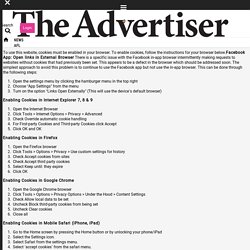 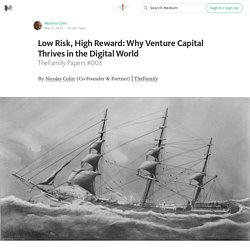 Of particular interest is an idea about the risks investors are willing to take. Venture capital exists in the digital economy not because it is riskier, but because it is in fact less risky than other parts of the economy when it comes to research and development. Venture capitalists are willing to finance radically innovative companies not because they’ve suddenly embraced the idea of risking everything, but because some traditional risks were eliminated forever by various public and private investments, notably in the technological platform that is the Internet. Derrière la colère des taxis, le système Rousselet. Vendredi 6 février, dans un restaurant près de la place de la Bourse, à Paris, Nicolas Rousselet, souriant mais méfiant, a apporté force graphiques et documents. 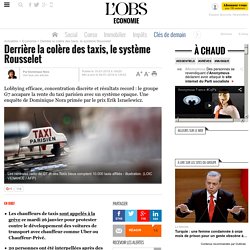 As happened last June, they will paralyse the French capital and make life difficult for tourists. 11 Notes on Amazon (Part 2) — Welcome to TheFamily. Domesticated Investors 7/ There isn’t really a need to retell the amazing story of Amazon’s relationship with its investors. 11 Notes on Amazon (Part 1) — Welcome to TheFamily. The Architecture of Participation 3/ It takes several steps for an industry to go digital. The first step is when startups begin to multiply and try to test new ways of doing business. The last step is when one of these startups, having formed an alliance with hundreds of millions of users, has taken over the entire industry, evicting or commoditizing every established company in the process. Coffee pod popularity prompts new business approach for growers, suppliers. Fernandez didn't learn of Nespresso until 2005 when the local miller he sells his coffee cherries to told him about the company and its sustainability initiative, the AAA Sustainable Quality Program.

"We decided to start it in the farm because we know it is a good idea and it was according to our objectives," Fernandez says. "The program has the same idea as us – taking care of water sources and nature. " More than ever before, companies are expected to take responsibility for how they conduct business at every level of their supply chain. Consumers are demanding better transparency and are increasingly seeking products that have been certified as organic, sustainable or fair trade. Economists have absolutely no idea what is going to happen to the global economy. Paradoxically our fundamental inability to predict the future has done nothing to dampen non-economists enthusiasm for our predictions. Photo: Michel Bunn An engineer, a scientist and economist are playing darts. The engineer throws a dart and hits the far left of the dart board. The scientist throws another and hits the far right. "The Level Of Alarm Is Extremely High" As Zika "Spreading Explosively" WHO Warns.

Meet the new Ebola. Well over a year since the global fears over the Ebola epidemic sent US stocks reeling in late 2014 ahead of an even sharper rebound, today the head of the World Health Organization delivered a very stern warning when she said that the Zika virus, a mosquito-borne pathogen that may cause birth defects when pregnant women are infected, has been “spreading explosively” in South and Central America. “The level of alarm is extremely high,” WHO director general Margaret Chan said Thursday in an e-mailed statement according to Bloomberg. Chan said she will convene an emergency meeting on Feb. 1 in Geneva to consider whether to declare the outbreak a “Public Health Emergency of International Concern,” which can coordinate government responses to direct money and resources at the virus.

Ce qu’on n’a jamais essayé contre le chômage. Why Equifax Is Spending $1.8 Billion to Acquire a Company Down Under. Oil dips below $30 a barrel for third day in a row – and is likely to go lower. 'Cloud tsunami' hits Sydney – in pictures. The Hottest Startup Sectors in 2016. Climate: El Nino will add to emerging economy woes. Turnbull government must be game to overhaul online gambling. Ken Henry says NAB has strong capital and is ready to embrace fintech future. A third of foreign banks in Australia had no taxable income. ANZ boss Shayne Elliott draws up plan to fix toxic culture.