Smart City. A genuine smart city starts from its proper DNA, the knowledge of the city, the society and the stakeholders Read more Data, and open data in particular, yield various information flows and allow us to conduct analyses, thus generating knowledge. 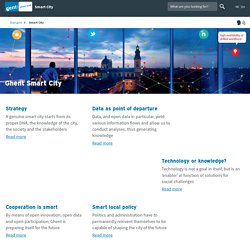 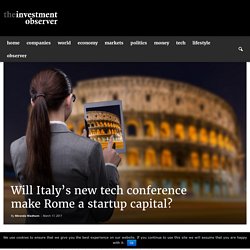 Its success has since sparked a myriad of similar conferences but none, however, had reached Italy – until now. Enter Blast, the new European tech conference designed to connect investors and entrepreneurs, highlighting the virtues of Rome as a startup hub along the way. The event will debut in May, bringing together 150 of the best global startups in the pre-seed or early stages of funding. Thirty of those will also have the opportunity to enter the Blast Startup Competition, a three-day battle to win a £30,000 cash prize.

Blast is in partnership with Fiera Roma, one of the largest exhibition centres in Europe, where the event will take place.