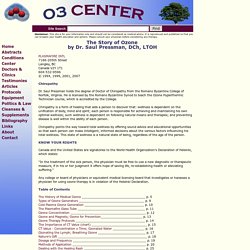 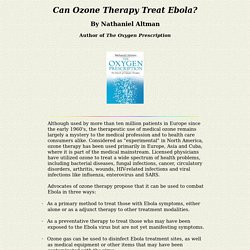 Considered as "experimental" in North America, ozone therapy has been used primarily in Europe, Asia and where it is part of the medical mainstream. Licensed physicians have utilized ozone to treat a wide spectrum of health problems, including bacterial diseases, fungal infections, cancer, circulatory disorders, arthritis, wounds, HIV-related infections and viral infections like influenza, enterovirus and SARS. Advocates of ozone therapy propose that it can be used to combat Ebola in three ways: · As a primary method to treat those with Ebola symptoms, either alone or as a adjunct therapy to other treatment modalities. · As a preventative therapy to treat those who may have been exposed to the Ebola virus but are not yet manifesting symptoms. The Ebola Threat. Brain ischemia and hypometabolism treated by ozone therapy. 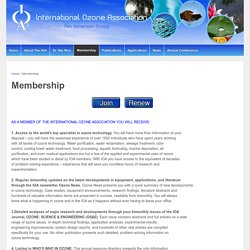 Access to the world’s top specialist in ozone technology. You will have more than information at your disposal – you will have the seasoned experience of over 1500 individuals who have spent years working with all facets of ozone technology. Water purification, water reclamation, sewage treatment, odor control, cooling tower water treatment, food processing, aquatic biofouling, marine depuration, air purification, and even medical applications are but a few of the applied and experimental uses of ozone which have been studied in detail by IOA members. With IOA you have access to the equivalent of decades of problem-solving experience – experience that will save you countless hours of research and experimentation. 2. 3.Detailed analyses of major research and developments through your bimonthly issues of the IOA Journal, OZONE: SCIENCE & ENGINEERING (OS&E). 4. 5. 6. 7. 8. 9. 10. Ozone Therapy and Oxygen Therapies.

Although used by an estimated ten million patients in Europe since the early 1960's, the therapeutic use of medical ozone and hydrogen peroxide (technically known as "bio-oxidative therapies") is largely a mystery to North Americans. 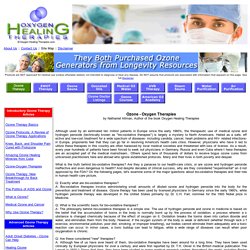 Hailed as a safe, eff ective and low-cost treatment for a wide spectrum of diseases- including candida, cancer, heart problems and HIV- related infections- in Europe, proponents feel that they can go far in resolving America's health care crisis. However, physicians who have tr ied to utilize these therapies in this country are often harassed by local medical societies and threatened with loss of license. As a result, every year hundreds of patients have been forced to seek out physicians in Germany, Russia and even Cuba where t hese therapies are an accepted part of the medical mainstream.. 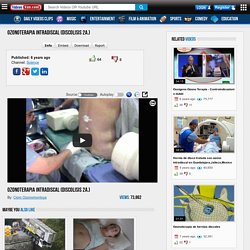 [New treatment method of wound by use of sanative ozone treatment] A new method of infected wounds treatment with the help of an ozonized solution jet under pressure has been worked out in Clinic of Hospital Surgery of Voronezh State Medical Academy. 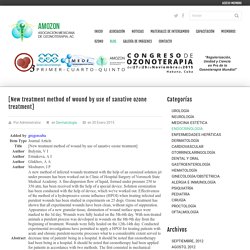 A fine-dispersion flow of liquid, formed under pressure 250 to 350 atm, has been received with the help of a special device. Solution ozonization has been conducted with the help of device, which we've worked out. Effectiveness of the method of a hydropressive ozone influence (HPOI) when treating infected and purulent wounds has been studied in experiments on 25 dogs. Ozonoterapia - Documents. Text Zonoterapia Nombres: Claudia Magaña. 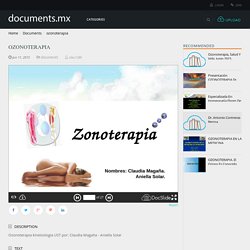 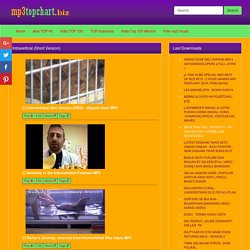